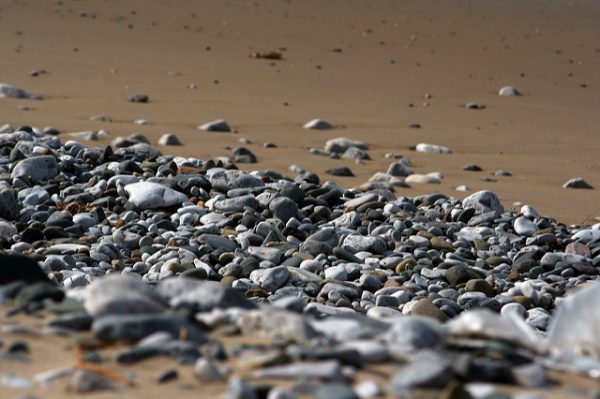 I’ve always felt insecure about something or other. About my smarts. About my looks. About my orientation, love life, future, and career. As a kid I had a security blanket. I still have it. It’s in a lock box in my parents’ house.

With some relief, I’ve gotten over most of that anxiety. I can’t have everything, and no one wants the burden of perfection. There will always be people who are smarter, better looking, and more confident in their careers and futures. So what? I know exactly where blankie is.

But while I think I could make do without the smarts or the looks—and I might even already be making do without either—I wouldn’t mind feeling more secure when it comes to the future. It’s not that I’m a worrier. I’m just a planner. I don’t work in design, but I’ve got an architect’s mind, considering the many ways something can fail so I can either prevent the loss or more easily remove myself from the wreckage. It’s a habit I maintain when it comes to housing, taxes, and relationships, and it’s a good strategy in some fields. In others, less so. (Try telling your boyfriend you already have a plan in place for when one of you breaks the other’s heart. Two plans, in fact, depending who initiates.)

These days it’s relationships, money, and time that make me feel the most ambivalent. No matter how hard I try I never quite seem to be able to set them in balance. I know how to. The rule is simple. It’s just not one I’m good at. First you lay out all three, then you pick two. Kicker is, one of them has to be time or else whichever other one you pick won’t work.

Even that, though, is something of a plan. Planning is how I cope. As the year rounds out, I’m realizing the lengths I go to just so I can avoid being caught out unawares. Nearly everything I’ve written for The Billfold has to do with either preparing myself for a state of readiness, or finding out how my considerate preparation was woefully incorrect. In the first category I planted a garden and charted its progress. In the second, I wrote about how a poor credit score contributed to my getting evicted, and about a surprise bill for $450 I had to pay to keep my job. In between were stories about recalculating rent so we can keep our current house, and the objects we cling to when we can’t.

Perhaps unsurprisingly, I also struggle with commitment. Even though I stress over security, with few exceptions, I try not to get attached to anyone or anything, to take the edge off the eventual loss. I’m always waiting for someone or something to threaten what I’ve worked for; what I have assumed, by virtue of having worked for it, was mine. Money may buy freedom, but mostly because it buys security. If you have money and lose something, you can replace it. If you don’t, then you can’t. And that’s that.

My own money puts me in mind of an eroding island. The smaller it grows, the more jealously defensive I become over every pebble and grain of sand. This too has an easy fix. Or rather, one that is easily identifiable. Just get more money. But then that rule about how money equals freedom equals security comes back again in another form. When you have money, you don’t have to think about it. And when you don’t have it, you do. And I’m tired of having to think about it so much. I don’t need to be rich. I just want more beach between me and the waves.

Even though it might be a boring adjective to ascribe to what is to come, I’m really hoping for a secure 2018. I’ve even gotten a jump on my New Year’s resolution: last week I started therapy. I found a group session within my price range a few neighborhoods over. We meet once a week on Thursday mornings.

I’ll admit that at first I wasn’t sure I wanted to pay either the time or the money. But I also want to get better. I’m hopeful. I like the group. I want to figure out these issues I have about insecurity. See if there’s a way I can come out not feeling like I’m always on the defense. I want to know if I can have all three items on that list: relationships, money, time. I’d like it if I could pick more than just two.

1. We Did Good, Billfold
2. Question Wednesday
3. What I Learned From Five Years of Writing and Editing for The Billfold
4. How a Program Assistant Dealing With a New Paycheck System Does Money
5. Classic Billfold: What I Wanted From My Move to Portland and What I Got
moneyour uncertain yearplanningrelationshipssecuritytime