Here’s What a Garden Can Save You 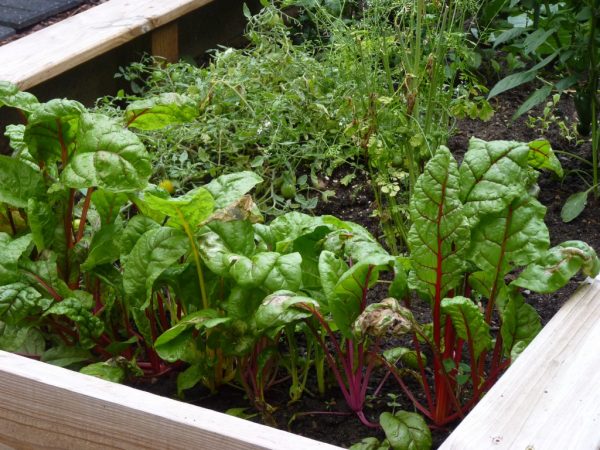 I’m no Martha Stewart. I like fresh flowers and DIY and gazing at the color green, but I wasn’t thinking practically, or even romantically when I started tearing up the back forty and aggressively planting beans.

The real reason I put in a garden was because I was tired of the soccer-mad German grad students with whom I share the yard trashing the place every time the Bundensliga had a match. Nice guys, great taste in beer. Just can’t seem to figure out how to use a bin.

After several polite conversations and a phone call with the landlord it was time for more drastic measures. Which meant tearing things out and putting things in. Making a vegetable plot from the weeds. Planting a garden. Digging for victory. My food was fighting. Or in this case, my food was a passive aggressive Post-It the size of a barge, written out in zucchini and bush beans.

Besides, the yard — or at least my half of it — was included in the rent and I hadn’t been doing anything with it. I also happen to be frugal and like a good challenge. It would be nice to put a dent in the grocery bill.

So I got some seeds, some seedlings, some tools, a watering can — it had to fit in the hand just so — and realized in the course of two weeks I’d already spent $106.25. How was spending like that going to save money??

Well for starters my accounting was slightly off.

To be clear, there wasn’t anything wrong with the numbers. I just wasn’t thinking of them right. The most expensive items were tools — a shovel, a trowel, a bucket, a pair of gloves, that particularly fetching watering can — which accounted for more than half the expenses. But these were one time purchases.

The individual packets of seeds were pricier than I would have liked, averaging around $3 per packet, but as an investment quite small compared to potential pay off in pattypan squash and sweet tomatoes off the vine. Seedlings were much pricier — $4 per tomato plant, $5 for a six pack of kale — but I rationalized that they would be harvestable much faster, and besides it was necessary to communicate as quickly as possible that this side of the yard was off limits. Things grow here. Go barbecue on your side, buddy.

Additionally, I was very particular in what I planted. What was worth my time? What was most likely to produce, given season, space, and climate? What would give a favorable yield?

Sweet corn was out immediately. I had a quarter tennis-court size plot to work with, not the state of Iowa. For similar reasons I struck out potatoes, which grow easily in Berkeley but would require more space than I wanted if I was wanted to impact grocery bills. Besides, potatoes are already cheap and — my apologies to the good people of Idaho — I just can’t tell the difference between a store bought potato and a homegrown one.

Not to mention, living in a city, there was this to consider: my house was built in 1904. I have no idea how much lead might be in the soil thanks to paint, gasoline, and other contaminants. Which likewise meant that beets, carrots, radishes, and any other roots crops were also out of the running.

In the end I planned for six vegetables — tomatoes, bush beans, kale, cucumbers, cantaloupe, summer squash, winter squash — plus some sunflowers that I got from the seed library at the Berkeley Ecology Center. (Free seeds!) These I identified, were the plants most likely to give good return on investment, to look good in the process, to provide safe foods to enjoy, and all of which, of course, I happen to find tasty.

Now how to get to that good return? How to create a favorable environment for vegetable success? Well, for one thing I could stay on top of watering (so much easier with that delightful can), get on top of composting, and hit up the local coffee shop for used grounds to enrich the soil (rich in phosphorus! Nitrogen! Potassium! Magnesium! And, above all, free!)

After tearing out the brambles, turning over the soil, moving in bricks for borders (sourced off the Craigslist free section), and hauling in forty pounds of espresso grounds a day, I’ve realized that the money I’m saving is not on groceries but on a gym membership.

And also, as it happens, a financial education. Asset allocation. Portfolio diversification. Margin. Dividends. The sunk cost fallacy. So much about investment is starting to make sense.

Even if this new habit gets to be expensive — or rather, more expensive — I would still have no regrets. The Germans have taken the hint. And while an Equinox sports club has just opened around the block — where after a $300 initiation fee and $155 monthly dues I too can use the elliptical — I have no plans to join.

I like the work. I like all of it. Thoreau knew what he was talking about. Making the soil say beans where it had said thorns. I like having earth to turn and weeds to pull. I like bringing forth order from chaos. I like having dirt beneath my nails. I go to bed weary and wake up achy, yet undeniably satisfied.

Someday these investments of seeds and soil will yield dividends of crisp cucumbers and sweet kabocha squash. Then again, maybe not. The market is volatile.

But in the meantime now the yard stays tidy. Even when Munich plays Hamburg.

1. We Did Good, Billfold
2. Question Wednesday
3. What I Learned From Five Years of Writing and Editing for The Billfold
4. How a Program Assistant Dealing With a New Paycheck System Does Money
5. Classic Billfold: What I Wanted From My Move to Portland and What I Got
gardeningthe-cost-of-things