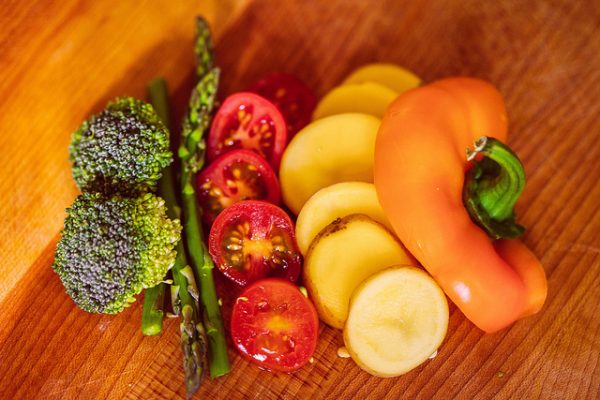 Some years ago I spent a week at a goat dairy in Eastern Washington. Pat, the farmer, had much to attend in the course of a day. Twice daily milking, rotating pasture, mucking stalls, stashing fodder, staying on top of customer orders, and defending her organic certification despite her husband Frank’s work in the pest control business. On this farm, one could find both probiotic kefir and liquid death stashed by the gallon (though in strictly segregated, non-interactive locations—and, mercifully, obviously different containers).

Suffice it to say there were more pressing things on this couple’s mind than what to cook for dinner.

To make things easier, they’d made a cheat sheet. Taped inside the pantry was a long list of meals both Pat and Frank found agreeable, with the ingredients included. Pork chops. Lasagna. Meatloaf.

I liked the list. Such a simple way to remove uncertainty and unnecessary spending. When planning a grocery list, here are some potential food items to purchase. When unsure about dinner, here are some familiar options where every step is so well understood it need not even be mentioned.

Recently I remembered that list and decided to make my own. I like to strategize. Or, more accurately, I hate being unprepared. If I don’t plan my meals I eat cheap stuff like instant ramen—or expensive stuff like real ramen—so I decided it was high time to make my own cheat sheet.

But rather than naming specific dishes that I like—ratatouille, bouillabaisse, boeuf bourguignon—I broke down meals into their elements, starting with the produce in my garden and considering ingredients as individual blocks that could snap together in multiple enticing and delicious combinations. Instead of arranging it vertically, like Pat and Frank had done, I wrote it out horizontally: setting categories in columns, filling in suitable suggestions beneath, and then choosing one item from each column as I read from left to right, mentally composing the meal.

I think of it like a cookbook on a single sheet of paper, though that’s not really accurate. There are no prescribed directions. The rules are not hard and fast. Sometimes I combine a few of the sauce ingredients—soy sauce, balsamic vinegar, and sesame oil are divine on almost everything.

I leave out any description of how to make the meal just because I know how to cook and I know what I like. When I write “egg” I mean to soft boil it for 6 minutes so the yolk acts as an emulsifier that combines beautifully with soy sauce and sesame oil. I know that “beets” means slow roasted and “red cabbage” means julienned and raw. At the simplest level, when I write “rice” I understand that the subtext is to cook it.

It’s not a perfect system. For one thing, it completely omits both herbs and cheese. But it’s not meant to be perfect, it’s meant to save me from having to think too much. It’s a guideline, reducing dinner to a an elemental set of modular bricks, clicked together in delicious succession. Which, come to think of it, is also the philosophy of the menu at Taco Bell.

For one’s own cheat sheet, items in one column might be moved to another, their preparation reversed—roasted cabbage next to beets served raw and thinly sliced. Or some items may be cut out entirely and replaced with new ones: papaya, chayote, tilapia. I’ve just written down the foods that I prefer, that are easily prepared, and locally available.

It’s not technically a cookbook. It isn’t even a recipe. But with 109,760 possible combinations just by following the “one from each column” rule, there are enough recipes to fill an entire library. Or in this case, an index card.

1. We Did Good, Billfold
2. Question Wednesday
3. What I Learned From Five Years of Writing and Editing for The Billfold
4. How a Program Assistant Dealing With a New Paycheck System Does Money
5. Classic Billfold: What I Wanted From My Move to Portland and What I Got
cookingfoodmeal-planningrecipes