How Much Money Did My Garden Save Me? 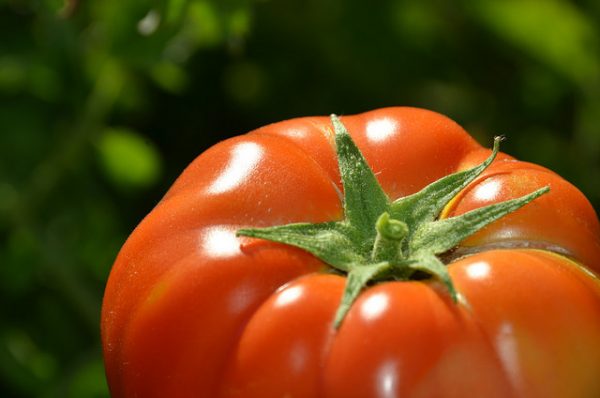 Michel de Montaigne declared what may be the most heroic of statements one can offer the inevitable: “I want death to find me planting cabbages.”

The man knew what it was to be prepared. Coming on the far side of spring, autumn is also a planting time. It’s easy to lose sight of that. Most of us associate October with some abstract notion of the harvest, though our enactments of it—decorative gourds, scarecrows at the mailbox—seem mawkish and storybook. I certainly can’t remember the last time I threshed wheat or gathered corn into shocks.

Besides which, I live in Berkeley, California, a city whose climate is nearly identical to Lisbon, Portugal. What many people think of as autumn simply does not apply here. The nights get longer, but not really colder. Daytime temperatures stay in the mid-70s. Trees are no less green. The majority of residents tell what season it is from the menu selection at Starbucks.

I garden. By which I don’t mean I have a few potted geraniums out on the deck. I mean I grow my weight in squash and tomatoes and pick green beans by the gallon. I haul forty pounds of used espresso grounds a day from the local coffee shop so I can get my compost up to 160 degrees Fahrenheit. (The pile is a mini-Matterhorn. In the mornings it lets off steam. I have cooked eggs in it.)

Today I pruned the low branches of a loquat tree, removed the brush that had built up beneath it, gathered the mass together, and mixed it with compost. The day before I’d cleared an old vegetable bed; the tomato vines were yellowing out from too much dark and not enough day. Before that, I brought in the last of the summer’s green beans, picked four pounds of cherry tomatoes, and gathered seven butternut squash. I treat garden as a verb.

When I first put in the vegetable garden, it had just been to split my side of the yard from the less-than-fastidious German grad school neighbors with whom I share it. So it was a bit of a surprise to discover how much I enjoyed tending my garden.

Part of the the pleasure was having tasks so obviously responsive to one’s own investment of time and labor. To be sure, there is a unique satisfaction to the plucking an heirloom tomato, bulbous and lobed as a baboon’s ass, and enjoying the heft of it in the hand, and later the sizzle of it in the pan. But I was also motivated by a fear of failure. Nothing is so embarrassing as work poorly done. I hadn’t torn out the thorns, heaved out the bricks, and chased off the Germans only to fail. I was gonna grow a goddamn cornucopia. This garden would be a victory.

Sunday, October 1 was the first time since June that the garden could not provide all the vegetables I needed for the week. So I bought a two-pound bag of brussels sprouts from the discount produce section of the grocery store. On two other occasions I had also purchased vegetables over the summer, both times for recipes calling for vegetables I did not grow—red peppers, mushrooms—and both times purchased from the discount section. (My summer’s total dollar expenditure on vegetables was $2.97.)

Five crops did very well for me this year: kale, green beans, summer squash, winter squash, and tomatoes. (Seven crops, if you want to be particular about cherry tomatoes versus beefsteak and zucchini versus summer squash.) From the first week of July until the end of September, I harvested at least a pound each of green beans, kale, and summer squash every other day. Since mid-August, that figure included about a pound of tomatoes every other day. Then at the end of September, the winter squash—15 squash in all, at an average of about 2 lbs apiece—all in the course of two weeks.

For nearly all of July, August, and September, dinner each night was vegetables cooked in their own juice. (Heat the wok, add a little oil, chop up a zucchini and a half pound of tomatoes. Add green beans or chopped kale last.) Often I ate this vegetable dish twice a day. This means I was eating a bit more produce than usual, but also far less of everything else and as a consequence spending less money on groceries—but how much less?

I decided to figure it out.

There are many ways to quantify what does and doesn’t count as “organic,” but, since I didn’t use pesticides or synthetic fertilizers, I used the following prices sourced from the organic section of my local grocery store as a reference for the dollar value of every crop grown.

This puts me at an estimated savings of $360.78 for the summer, or about $120 a month saved in grocery bills. Not too bad. Even deducting beginning-of-the-season expenses on tools, seeds, and seedlings—an amount which I had earlier recorded as $106.25 but which grew to a total of about $180 after some additional much-needed purchases (a hose, for example, once the garden got too big for a watering can)—I still saved $177.81 over the course of three months.

But there’s an obvious question here: do I usually buy organic heirloom tomatoes that retail at $3.89 a pound?

I usually shop in the discount produce section, where 2 lb bags of blemished broccoli and bruised brussels sprouts sell for 99 cents apiece. Typically I buy about six of those bags over the course of a week. By that form of accounting, I only saved $77.22 this season, putting myself -$105.75 in the red.

However, I didn’t always cook my own food before I started the garden. Tired from work, too late on the train, I’d very often grab dinner on the way home or order takeout when I got there. I’d say that happened about three times a week. This past summer, I didn’t do that at all. It wasn’t because I had set austerity measures or was less tired than usual; I just didn’t think of it. Even when I came home late, I didn’t pick up the phone for takeout. I just went outside with a set of shears and a flashlight.

Which means there’s about $351 that I didn’t spend on burritos this summer. Accounting that way means I’ve come out almost as far ahead just by not eating burritos as I did by growing organic vegetables. So I would count it a savings.

Not everything planted grew well this year. (I was underwhelmed by the lassitude of the cucumbers and by some surprisingly apathetic melons.) But I’ve learned the lessons of what to plant and where. Now, as we move from the hot-weather and into the cold, I’m readying the beds for winter crops.

We have two growing seasons here, a dry one and a wet one. For those of us who plant, autumn is the second spring. A time of accounting, yes, but also of preparation—and even though I live in a city within easy walk of espresso, I still have some ancient peasant fear of being caught out unprepared.

Time to plant the cabbages.

1. We Did Good, Billfold
2. Question Wednesday
3. What I Learned From Five Years of Writing and Editing for The Billfold
4. How a Program Assistant Dealing With a New Paycheck System Does Money
5. Classic Billfold: What I Wanted From My Move to Portland and What I Got
gardening