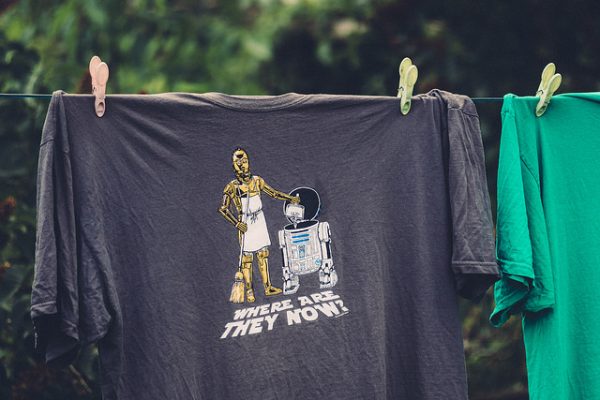 I used to think that the only money rule you needed to follow was don’t spend more than you earn. Since I’d always followed that rule, it didn’t make sense that I could be employed, have decent checking and savings accounts, have one credit card that I paid off every month, and still have bad credit.

So I was surprised when I found out just how bad mine was—and why.

Credit scores are probably the most important financial element that no one ever prepares you for. From an early age we’re all taught the value of earning and saving, but I don’t remember ever being told about the invisible scorekeeper who had been watching my entire financial history from the moment I opened a bank account.

I first learned about credit scores while applying to stay in the apartment I was already living in. I had moved in as the result of a breakup—my roommate’s—and taken over the portion previously paid by the now ex-girlfriend. We never changed the name on the lease, but we paid rent on the first of every month and hadn’t run into any issues. That is, until a full year later, when the landlord stopped by to fix the plumbing and discovered that I was living in the apartment he had agreed to rent to someone else. He demanded to see a copy of my credit score.

I did a hasty Google search, first to find out what a credit score is, then how to get one for free. I used a service, typed in some basic info, and found out I had a score of 705 out of 850. That sounded good… maybe?

In a few keystrokes, I had a summary of my entire financial history, rating me as though I were a gymnast. One checking account, one savings account, no history of borrowing, no mortgage, no car payments, and only one credit card with a single late payment over a fifteen-year history. I also had a defaulted $12 charge from a promotional store card I had used once and forgotten about. I had never paid the bill because they never sent it to me. So I couldn’t be at fault there.

All in all, a few hiccups—but no ongoing loans or outstanding debts, and my score rated above average. Just slightly, but still. I felt like my credit score proved that I was responsible with money. Not perfect, but a solid A-minus student.

I gave a copy of my credit score to my prospective landlord, and three days later received a notice that my score was too low. To continue renting I would need to hand in proof of employment, payroll, recent tax information, and a bank statement. It took a week, but I got all the necessary documents. I also decided to add a letter of recommendation from my employer, as well as one from UC Berkeley, where I was about to start studies at the Graduate School of Journalism. In case that wasn’t enough, I included a handwritten letter explaining my situation, and an argument that surely it would be better to retain a tenant who had been reliably paying bills on time for a year than to go through the difficulty of finding a new one.

“You are not a tenant,” the landlord’s wife informed me. “You are an illegal occupant.” Four days I got an eviction notice. They didn’t even spell my name right.

For two weeks afterwards I slummed around the couches of Alameda County until I found a month-to-month rental I could use to make do. But I couldn’t help but feel the whole thing could have been avoided if I just had a higher credit score.

So I started trying to improve my credit. First, I had to deal with the default.

They read me back the billing address they had on file. I didn’t recognize the address. Then I looked at my driver’s license. When I moved to California years earlier, I had gone to the DMV to get my driver’s license and asked them to mail it to a friend’s address. My license was the ID I had used to get approved for the promotional credit card, which was why when the store mailed me the bill, I never received it. It went to the wrong address. The address of a friend who had long since moved out of state.

I paid the collection agency $100, and they marked the default resolved. It might take up to six months for my credit score to rebound, they told me. So I was moderately pleased when only two months later my credit score was up to 740. It was good news, not just because I was moving in to a new apartment close to school—one that accepted tenants with scores as low as 680—but also because I had held off on applying for student loans while I was dealing with eviction and relocation. I wanted to get a higher score so I could get a favorable rate.

Even with a score as low as 660, I could get a student loan, my bank assured me. Relieved, I filled out the paperwork in person and waited a week. Seven days later, only a few weeks before tuition was due, they informed me that my loan was denied. Stated reason: credit score too low.

How, I thundered at the clerk, was it too low? I had one late payment in a fifteen-year credit history. I save money and spend carefully. I have only one savings and one checking account, no mortgage, no auto payments, and no history of borrowing. I had defaulted—once—and had resolved it. I was evicted over this, learned my lessons, and my score was now 740. So HOW was that not enough?

“There are more than fifty ways to calculate a credit score,” the clerk told me. He sounded almost cheerful. “We use the FICO score.” My FICO score was 615.

What kind of a country is this? Where there are multiple scorekeepers watching your every dollar? Where you learn to play by the rules only to find out there was a whole other set? All this time you could let someone think they were winning when they didn’t even know the game? What else is out there that you’re not telling me?

The clerk apologized, but he wasn’t sure he could help me anymore.

It goes without saying that I didn’t get the loan.

I wasn’t angry that I wasn’t going to get the money the way I thought I was supposed to. I was furious because I thought I did everything right, found out I hadn’t, and felt the education for which I’d worked hard to qualify was now being put at stake.

Luckily, I managed to pay the University of California and didn’t have to drop out—which is another story—and now I check my credit scores at least once a month and do what I can to get them higher. I’ve gotten three new credit cards, though I still use only one. I set up automatic payments so I am never late. I pay cash as much as possible. I opened an IRA. I never opt for the promotional store cards, and I’ve gotten my credit score up to 742 and my FICO score up to 677.

I’m still trying for better. Not because I might someday want to buy a house or move to a nicer apartment, and not because having a high credit score is the financially sensible thing to do. I’m doing it all out of spite. I want to give landlords, banks, and other institutions as little reason as possible to tell me that I’m not good enough.

1. We Did Good, Billfold
2. Question Wednesday
3. What I Learned From Five Years of Writing and Editing for The Billfold
4. How a Program Assistant Dealing With a New Paycheck System Does Money
5. Classic Billfold: What I Wanted From My Move to Portland and What I Got
creditcredit-historycredit-score