The Billfold
Hit the Gym

The Cost of Moving On: How I Justified My $100 Gym Membership 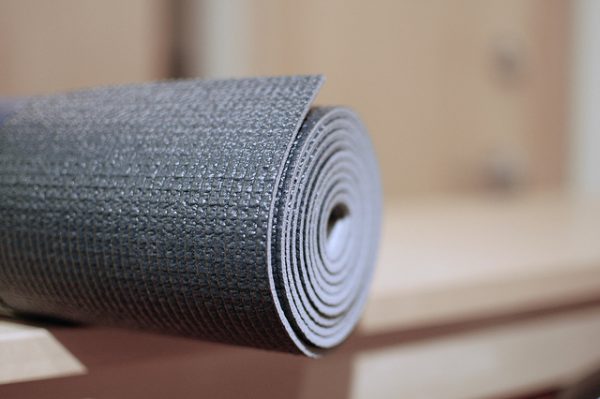 I went through a bad breakup last year. The first few months involved getting drunk and working my way through The Joy of Painting on Netflix, tearing up whenever Bob Ross said things like, “We don’t make mistakes… we just have happy accidents.”

One day I woke up and realized I couldn’t spend another minute in my condo. We had spent too much time there. I hated my bed, my couch, the patio set I only ever really used with him.

Moving wasn’t a particularly sane option. Neither was replacing half my belongings. I needed a second space — somewhere that wasn’t my house or the office to spend some time.

This is surprisingly tricky as a 30-something. I didn’t have a burning desire to play softball. I also knew the barfly life wasn’t for me — not good for the body, the mind, or the wallet. There had to be a more productive choice.

The answer unexpectedly presented itself during DC’s annual Pride Parade. A glittering float made its way down the street, filled with hot men in hotpants. It may have even been playing “Physical” by Olivia Newton John. VIDA Fitness. Bingo.

I hadn’t had a gym membership in years. I preferred the convenience of fitness DVDs, content to sweat it out in the early morning hours from the comfort of my own living room.

But as I toured the location that was only a 10-minute walk from my house a few days later, I realized VIDA wasn’t just a gym. It’s an entire eco-system: a rooftop pool, a salon, a spa, a smoothie bar. It was the nicest adult daycare I could possibly check myself into.

All of this comes at a price, of course. The sales rep ran me through the numbers in his tiny office near the elliptical machines. The monthly membership fee was $99, plus a mandatory $150 initiation fee and a $49 annual account maintenance fee that would be assessed three months later. All told, joining that day would cost me $265.

I considered it for a few minutes. I didn’t exactly have an extra $100 a month hanging out in my budget. And even if I did, wouldn’t it be better spent paying off my student loans?

Then I pictured the next few weeks and months, of all those unstructured hours sitting alone in my apartment with my thoughts.

I handed over my credit card.

So began my life as a gym rat. I’d leave work, duffel bag slung over my shoulder, three or four nights a week. The only decision to make was which class to take. Was I feeling spin? What about barre? Maybe yoga. Then I’d turn off my brain and let an instructor tell me what to do for an hour.

After class, it was time to indulge in the sauna or steam room — and a visit wasn’t complete without drowning myself under a rainfall shower head, washing away sweat with the spa’s complimentary lemongrass sugar scrub. By the time I got home, all I wanted to do was eat dinner and pass out. It was perfect.

I know you’re wondering: Did it work? Can a fancy gym heal a broken heart?

Of course not! We all know life’s not that simple. But it can help you start moving on.

You embrace new routines. You run enough miles and get some distance. You start listening when your Pilates instructor says to focus on your core. And eventually, you’re stronger.

It also teaches you that sometimes you can — and should — throw money at your problems.

I’m skeptical of the whole #selfcare movement — too many YouTube vloggers and women’s magazines trying to part well-meaning people from their money. But there’s some truth at the heart of the idea they’re selling. Even the most pragmatic, rational person can’t make the “best” financial decision every time. Sometimes you have to figure out what you need, pay what it costs, and deal with the rest later.

And if you happen to get into the best shape of your life? That’s just an added bonus.

Justine Adelizzi is a speechwriter living in Washington, DC. She eventually threw out the patio set. Read more of her work at www.justineadelizzi.com.

1. We Did Good, Billfold
2. Question Wednesday
3. What I Learned From Five Years of Writing and Editing for The Billfold
4. How a Program Assistant Dealing With a New Paycheck System Does Money
5. Classic Billfold: What I Wanted From My Move to Portland and What I Got
fitnessmoving seriesmoving-onrelationshipsself-caresplurgesthe-cost-of-things