The Billfold
Free at Last 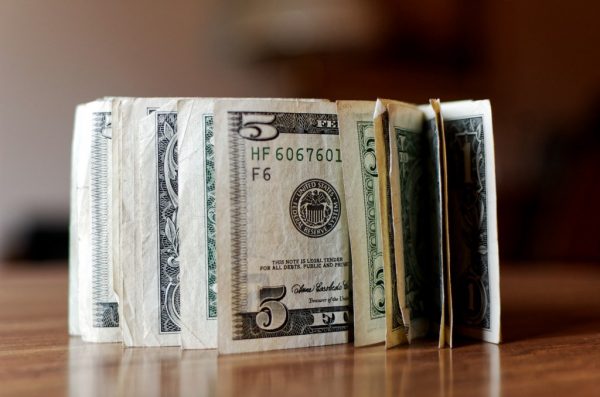 I check in on my student loan balance every two weeks after a payment posts. I plot out the money I’ll throw at it during extra paycheck months, or when my tax refund hits. If all goes according to plan, I’ll be debt-free this time next year.

That was the goal I set for myself last spring when I refinanced $28,000 worth of federal loans. They’re the last (expensive) reminder of graduate school. And — most importantly — they’re the last thing I need to take care of before the rest of my financial life begins.

To say I had no idea what I was getting myself into when I signed that promissory note nine years ago is the understatement of the century. High on my West Wing DVD box set, I had just moved to Washington, DC with dreams of becoming a political dynamo. Getting a fancy degree from a big-name school in the heart of the city was just the price you had to pay, right? Besides, $30,000 was way too much money to even bother trying to wrap my head around.

For three years, I got swept away by the high cost of living in DC. I was working as an underpaid intern. The rent on my studio apartment was $500 a month more than I’d been paying in Philadelphia. When I found myself unemployed for five months between gigs, the credit card debt began to climb.

Everyone who eventually gets control of their money has a lightbulb moment. Mine was starting to use LearnVest as a budgeting tool once I’d settled into a steady job again.

I used to look at my credit card balance every month and wonder how it got so high. As LearnVest imported the data into its system of brightly colored folders, the answer became painfully obvious. Among my (many) other sins, it turns out buying lunch at a food truck every day can add up to more than $200 a month.

Out went the food trucks, and in came the Lean Cuisines. I started treating LearnVest’s folders like a game. I had a set amount of money, and if I overspent in one area, it had to come out of something else. No red numbers!

It also introduced me to a new concept: setting up specific savings goals. The first one on the list? Knocking out that $5,000 in credit card debt I’d racked up.

Next was saving enough money for a down payment before I got priced out of my neighborhood. With some help from my parents (which I’ll always be grateful for), I was able to make that happen in 2013.

In a new long-term relationship with my mortgage company, I got real about my financial security and made a plan for building a six-month emergency fund. As I climbed the ranks at my job, I used every raise as an opportunity to sock more money away in my Fuck-Off Fund. After two years, I checked that goal off the list.

Then I turned to the one thing that was left: student loans. I was a completely different person than I was when I took them out, and they were pissing me off.

I knew exactly how much $30,000 was now — and how long it was taking to pay off. As I’d been zeroing out my credit cards, buying a condo, and building up my emergency fund, I’d also been sending in the minimum amount on a never-ending federal payment plan that seemed to knock off about $30 in principal every month. What had started as a $30,000 debt was now about $28,000 — after five years of regular payments.

After getting Facebook-stalked for months by ads for Earnest and SoFi, I decided to look into private lending options. I could definitely lower my interest rate if I switched to a private lender — but I’d also be committing to a much shorter repayment window and losing the consumer protections that come with federal loans.

Since I had a fairly stable job, I decided the trade-off was worth it. After adjusting my budget, I set up an aggressive repayment schedule with Earnest: a nonnegotiable $375 every two weeks. In a little over a year, my balance has been cut in half.

I’ve been watching my money like a hawk for the better part of six years. In that time, my salary has more than doubled while my cost of living has pretty much stayed the same. I’ve gotten good at meal planning, shopping grocery sales, and finding all of the best happy hour deals DC has to offer. ($1 Miller High Life at Hamilton’s every Friday night, hollaaaa!)

Now that I can see the light at the end of the tunnel, I’m getting giddy at the idea of actually having more money every month to devote to my life. Some is earmarked for retirement, of course — as well as travel, and tackling some projects around the house. But I’ve also been thinking about a way to treat myself and commemorate how far I’ve come.

Around the same time as I was refinancing my student loans last year, a new restaurant opened in town called Pineapple & Pearls. It’s one of those places you read about and mock while you’re chowing down at dollar taco night. $280 for dinner, drinks, tax, and tip? It’s absurd. It’s frivolous. And maybe that’s what makes it the perfect way to celebrate getting rid of the last big financial burden around my neck.

Fingers crossed, that’s where I’ll be this time next year. I’m halfway there — and I can’t wait.

Justine Adelizzi lives in Washington, DC, and achieved her dream of writing other people’s words for a living — just like Sam Seaborn.

1. We Did Good, Billfold
2. Question Wednesday
3. What I Learned From Five Years of Writing and Editing for The Billfold
4. How a Program Assistant Dealing With a New Paycheck System Does Money
5. Classic Billfold: What I Wanted From My Move to Portland and What I Got
debthalfway-theremoneypersonal-financestudent-loans