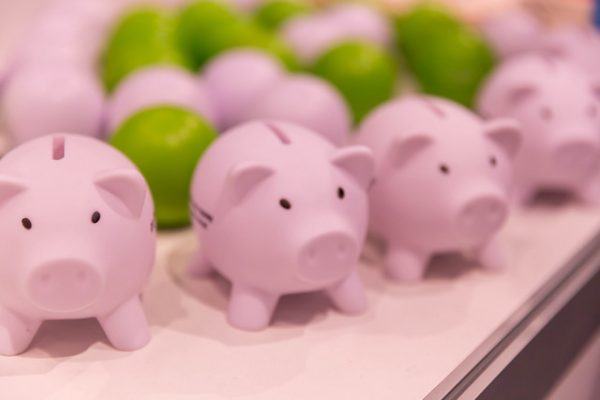 According to Dictionary.com the definition of control is as follows: to exercise restraint or direction over; dominate; command.

The moment I realized I had control over my money wasn’t a finite moment such as “I finally paid off my credit cards/student loans/car!” but more of a gradual recognition.

I started my first big-girl job as a sort of warehouse assistant roughly around the age of 23. I was young, inexperienced, and a temporary employee for the time being. It was not uncommon to find me waiting semi-impatiently for my paycheck to get deposited every two weeks. I had only been dipping my toes into the YNAB Kool-Aid for a few months at that time, but even then it was hard to balance your budget when you had no money to well… budget.

But this lack of funds didn’t faze me. I have always loved messing around with money. Using YNAB as sort of a Tetris game to see how I could get all of my purchases each month to fit within a cohesive, albeit small, allotted amount. Did I spend too much going out to restaurants the past week? Oh well, have to decrease the amount that I spend on my dog.

There were two YNAB categories I never subtracted from even if I managed to overspend in others: savings and debt.

Savings could be a variety of things, and I had plenty of savings sub-categories within my budget. Vacation, gifts, IRA, emergency, etc. always retained their full monthly allotment in YNAB, no matter what happened. Debt included student loans and a car loan that I took on in 2014. (I have been fortunate enough to never have had to worry about credit card debt.) Even though it felt like most of my budgeting involved moving tiny amounts of money around, making sure savings and debt were always paid in full made a huge difference in my financial life.

Weeks after week passed by, and eventually after nine months of temping I was hired on as a permanent employee. My student loans and car loan were paid each and every month on time. Thinking about the interest that would be added on to my debt over time was enough motivation for me to increase the payments little by little. Soon I was able to meet certain milestones that some may consider as finally having control over their finances: I paid off my student loans within two years, and paid off a five-year car loan in just over three years. I won’t lie — having the weight of both of those debts off my back felt great. Still, it was only a financial accomplishment, not financial control.

No longer having to worry about immediate debt, I started working on my next savings goal: the emergency fund. The advice on how many months this fund should cover varies, so I opted just to shoot for roughly what could get me by for three to four months if I found myself without a job. This took time, and there were moments when I didn’t think I would ever reach my goal. But with each dollar stashed away, I was headed in the right direction. YNAB confirmed this for me as I watched my net worth gradually increase month over month. My emergency fund was fully furnished after what felt like forever. Much like ridding myself of debt, it was a great achievement, but it still wasn’t control.

I have now been working at the same company for five years. I have changed job titles, gained responsibilities, and increased my salary. Up until this point I had never even considered when I realized I finally had control over my money. It wasn’t one debt paid off, one goal reached, or any one specific moment for that matter. Nothing jumped out at me as the turning point that put me in control.

Until I started noticing one thing: I wasn’t counting down the days until my next paycheck would come in.

I no longer found myself adding my paycheck into the budget and immediately allocating all of the money towards upcoming expenses. I was no longer thinking, “Great, only another week until I have money to pay for X,Y,Z”. These days I almost manage to forget that it’s payday. That’s not to say that there are a few times each year where I have to watch my spending in order not to go over budget. These days it is more putting off a purchase of tennis shoes for a month or two and not trying to see how much I need to decrease my groceries budget in order to be able to pay a bill.

It is my hope that someday I’ll have enough money to not worry about the next payday; for now, not eagerly waiting for each and every paycheck is enough to make me believe I have dominated my finances.

1. We Did Good, Billfold
2. Question Wednesday
3. What I Learned From Five Years of Writing and Editing for The Billfold
4. How a Program Assistant Dealing With a New Paycheck System Does Money
5. Classic Billfold: What I Wanted From My Move to Portland and What I Got
budgetingsavingynab