How Has Halloween Candy Changed in Price Since 2014? 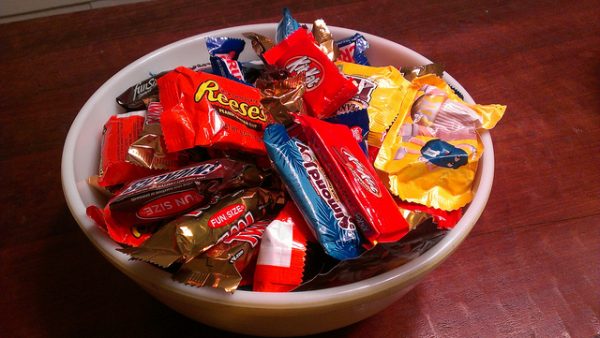 In 2014, I tallied up a bunch of popular Halloween candy “assortments” (aka “giant bags of mixed candy”) and ranked them by cost per candy and cost per ounce.

When I pulled that post out of the archives for last week’s Throwback Thursday, it made me want to know how candy prices had changed in the past four years.

So I did some research (aka “internet clicking”). I know that online pricing is often highly variable, and can depend on what the algorithm thinks you’ll be willing to pay, but since I did online searches in 2014 I might as well compare candy apples to candy apples.

In 2014, Walmart’s Tootsie Child’s Play Candy Assortment was $8.98 for an unstated number of candies, or 15 cents per ounce. Today, that same bag costs $7.09, though the website makes it clear that this is on sale from the usual retail price of $8.48 and that the assortment is currently out of stock. If you were able to buy it, you’d be paying 12 cents per ounce.

Target’s Wonka Mixups Assorted Candy, a 3 lb bag of sugar and preservatives in various colors and consistencies, was originally $9.79 for an unstated number of candies, or 20 cents per ounce. Now it’s $9.02 on sale (regular price $9.49), which comes to 19 cents per ounce.

So far, it looks like candy is less expensive than it was four years ago. Even when it isn’t on sale.

Huh. I was expecting candy to be more expensive than it was in 2014, especially because those fun-size bars seem extra tiny this year. (A fun-size Snickers is so small that they could only fit one letter on the packaging, and yes I immediately did a bunch of anagrams in my head to see if kids could use fun-size Snickers to spell naughty words. I guess they could write “Nick kisses Rick’s knickers,” if they really wanted to. They could also tell people to “kick Renesmee,” if they hated Twilight and were willing to turn a capital E on its side.)

We’ll finish out with the “things that aren’t candy but are handed out on Halloween anyway” category:

1. We Did Good, Billfold
2. Question Wednesday
3. What I Learned From Five Years of Writing and Editing for The Billfold
4. How a Program Assistant Dealing With a New Paycheck System Does Money
5. Classic Billfold: What I Wanted From My Move to Portland and What I Got
candyholidaysI was not expecting most candy to be cheapershoppingthe-cost-of-things