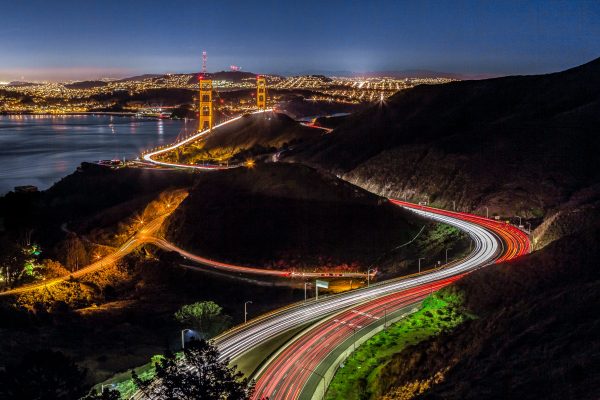 Slate: What a Mom of Two Spends on Her Kids During a Week in the Bay Area

We bought a $25 gift card and a birthday card for B’s friends party, along with bread and cereal for the kids. A gift card for about $25 is pretty common for kids’ parties in the Bay Area. That’s what you get your kid’s friends—a gift for $25, or a $25 gift card. Nobody’s getting crazy $100 gifts at parties. At least not at my friends’ parties.

What happened to teaching kids how to pick out a thoughtful gift based on their friends’ interests? I understand that non-cash gifts are a deadweight loss, and that parents might prefer gift cards over piles of cheap plastic junk, but still.

Curbed: If San Francisco is so great, why is everyone I love leaving?

For the first time, while sitting in full-stop traffic before the Bay Bridge in the ironically named “fastrak” lane, I count them in my head: 11 people I care about have left California in the past two years. Eleanor is number 12, and apparently the final straw that’s really making me pause and think, “What the hell is going on?”

I visited Seattle for the first time a month ago and was warned someone might throw a bottle at my car for my California plates. In Portland, I saw “No Californians” signs slapped onto “for sale” signs in yards. In Denver, I read news articles about friendlier locals advising Californians to tell people they were from literally anywhere else. You can Google virtually any city plus the phrase “hate Californians” and find pages of forums and articles giving voice to the hatred of Golden State jerks “ruining” cities.

The Curbed article only tells one part of the story — here’s another look at who’s moving out of the Bay Area and how much it costs to both leave and stay.

The first valentine is, appropriately enough, a joke about Bay Area rent.

Photo by Wilson Ye on Unsplash.

1. We Did Good, Billfold
2. Question Wednesday
3. What I Learned From Five Years of Writing and Editing for The Billfold
4. How a Program Assistant Dealing With a New Paycheck System Does Money
5. Classic Billfold: What I Wanted From My Move to Portland and What I Got
bay areanews roundupsan-francisco