The Cost of Becoming a Soccer Mom 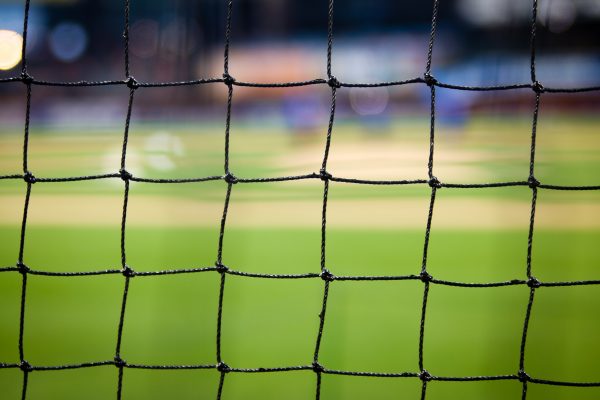 Photo by Lesly Juarez on Unsplash.

I am not athletically inclined. Coordination can be an everyday struggle for me, evidenced by the fact that I write this with one hand, having broken my arm by… walking poorly. My sports career begins and ends with 7th grade JV basketball, where everyone made the team. All through school I was in theater, and I played the viola (which seems to be a Billfolder theme) from 4th grade through sophomore year of college. Beyond a homecoming football game my first year of high school, I never even attended sports games. So when I became the mother of a child who showed athletic aptitude, I entered a completely foreign world.

My 10-year-old is now in his second year on a competitive travel soccer team. After his talent outgrew the local recreational league, our next step was a whole-family commitment to soccer. I had a limited idea of what we were really getting ourselves into. The season starts with tryouts in June, with games running August to November, a slight break over the winter (with some indoor conditioning practices) and games beginning again as early as late February and running through Memorial Day weekend. Our team plays 8 league games and 1-3 tournaments per season (fall and spring).

We are thankfully not an extreme example with $100/hour private lessons or four-hour drives to elite facilities, like some of the stories you might read about the “youth sports machine.” But soccer is a multi-billion dollar business and they get a decent percentage of my income. My son’s team is based out of our town but the league is in Kansas City (and is the largest youth soccer league in the nation). Kansas City has set out to become Soccer City USA and we are lucky enough to only be a few hours away. Many families drive much further than ours does. Most weekends my son plays two games in one day, and many families on his team drive up and back the same day. We, however, are not morning people, and I strongly prefer to not drive at night, so we stay over.

Here is a breakdown of costs for his first season:

Registration: $561.50 to the club, which covers coach salary, fees to register with both the Missouri and Kansas youth soccer organizations, league fees, facility upkeep, practice uniform and other club expenses.

Tournament registration fees: $180, these are separate from league fees.

Uniform: $166.97, can only be obtained from the official vendor, and my kid plays keeper but needs to be able to fill in wherever needed so I have to buy all three kits. They change this every other year so this will be an expense we face again in two years.

Cleats, shin guards, goalie gloves: $150, this kid grows fast and goalie gloves get disgusting quickly. During one tournament in the rain we had to buy four more emergency pairs because they suck up water like a sponge.

One week of soccer camp at a local college: $200

Gas: $550, you’d be amazed how much stuff you can cram into a subcompact hatchback.

Food: $1,840, ouch, but we have to eat whenever/wherever we can find time and air conditioning.

That figure represents about 12 percent of my take-home pay. My boyfriend and I split the costs, but it’s still a healthy chunk of each of our incomes. I operate an Airbnb in my basement seasonally for college football games and events/festivals, and much of that revenue goes directly to the soccer fund. The kid helps with cleaning so he has some skin in the game, and we are frank with him about how much things cost in the hopes that he doesn’t take it for granted.

We also get a return for our money. Thanks to soccer, my family spends a lot of time in close proximity in the car and hotel rooms. We talk, play games, go swimming, and spend more time together on the weekends than a lot of families I know. We get to see my son grow and learn doing something he loves. He gets lessons in sportsmanship: how to graciously accept both victory and defeat. We’ve gained a second family of all the kids and parents on the team. I don’t have to worry about cooking with one hand thanks to the steady supply of meals provided by our soccer support network.

Before we put my son on a travel team, we had a serious conversation about our long-term goals regarding soccer, and we decided that the ultimate goal is not to get him to MLS, or even a college team. It’s to support him in something he enjoys, as our means allow, as long as he enjoys it. I think having a realistic perspective helps us to be mindful that this is just a game, and games are about having fun.

Kristin looks forward to being able to use both hands again.

1. We Did Good, Billfold
2. Question Wednesday
3. What I Learned From Five Years of Writing and Editing for The Billfold
4. How a Program Assistant Dealing With a New Paycheck System Does Money
5. Classic Billfold: What I Wanted From My Move to Portland and What I Got
experience seriesparentingsoccersports