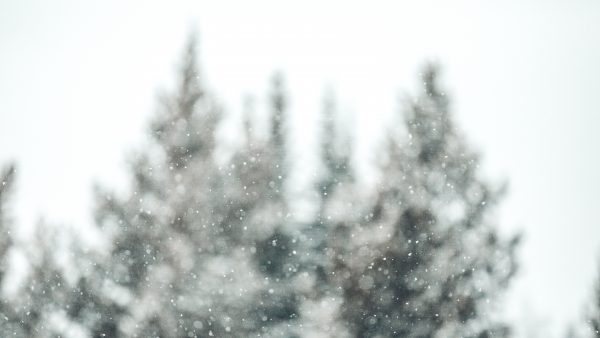 If you have the misfortune to be friends with anyone in the Midwest this week, you’ll know that it is cold here. Super cold. Historically cold. So cold all we can do is post screenshots of our weather forecasts on social media and question our geographical life choices. I know, it’s annoying, but we really can’t help ourselves. It’s just too cold to stop talking about how cold it is.

I live in Minnesota where the wind chill got down to -51 degrees Fahrenheit this week. There is currently ice forming on the inside of the windows of my 96-year-old house and, at the request of the energy company, we’ve turned our thermostat down to 63 to prevent natural gas shortages. My kids are heading into their fourth day in a row of no school and one of our cars is inoperable due to a dead battery. Right now we are basically in survival mode and dreaming about the weekend with its promised temperatures of 39 degrees (ABOVE zero! Practically tropical!). Even though we are still in the thick of it, I’ve already started to try to calculate how much it costs to be this cold for this long.

In terms of direct costs, one of the obvious ones is our heating bill next month. We aren’t quite at the end of the billing cycle yet, but we’ve already has a 25 percent increase in usage and that doesn’t include today, which has been the coldest day. This is the time of year when I feel grateful that our house is on the smaller side for our neighborhood and not quite as expensive to heat. Still, I’m estimating that our bill will be 15–20 percent higher than usual next month.

Our next cold related expense will be dealing with our 2011 Nissan Versa, which has been sitting in a Walgreens parking lot for over 24 hours now. We’re pretty sure that the battery is dead, but after two failed attempts to jump start it, we finally threw in the towel and called the road side assistance provided by our insurance. They’ve put us on the list of cars to get towed in the next two days, so right now we are crossing our fingers that we don’t get a ticket or get towed and impounded. The parking lot has signs warning that cars may get towed after two hours, but I’m hoping they’ll make an exception for extreme weather circumstances. At this point, I’m hoping we’ll be able to get the car up and running again for less than $100, but an involuntary tow will certainly cost more than that in both money and hassle time.

The combination of the cold and the dead car means that we’ve been home with the kids for days now, which has its own costs. We’re eating all the carbs and snacks and drinking all the hot cocoa and tea in the house, so our next grocery trip will be a big one. Everyone is in multiple layers of clothing, so laundry generation is increased accordingly. All reasonable screen time rules have gone out the window too. This morning, I gave in and loaded $20 of credit into the Apple store for the kids to waste on whatever in-app purchases they wanted to make. When they aren’t on the tablets, we’re keeping cabin fever at bay with some movie rentals at $5.99 a pop. Was Cars 3 worth $5.99? Probably not. Was two hours of quiet worth $5.99? Yes, yes it was.

While we are probably saving some money on eating out and transportation costs by not leaving the house, we’re also losing some money too. We can’t use our Children’s Museum membership because it’s closed. We’re aren’t using our YMCA membership or its childcare options because it is too cold to get there. My son’s soccer and daughter’s tennis classes are cancelled and non-refundable. While I don’t love spending money on stuff that gets cancelled, I’m also glad that places are closing and keeping their employees safe. And, honestly, the $15 missed soccer clinic is nothing in comparison to the expenses being incurred by my friends who have children still in daycare. My friend, for example, is still on the hook for $300 for a week of day care, even though the day care center was closed. Because my friend’s work wasn’t cancelled, she had to find emergency back-up child care at $75 a day, so the cold has cost her well over $500 in childcare alone. This friend is at least getting paid for going to work, unlike some other friends who are self-employed or who lack good PTO options at their jobs and are going into day three of unpaid time off for childcare reasons.

I’d also like to blame the cold for one last expense: plane tickets to Phoenix. While I was already thinking about a trip with my kids to Arizona for spring break, it turns out that -51 degrees was the last push I needed to decide that it was time to go return to my home state for the first time in over five years. The current temperature in Phoenix is 80 degrees warmer than here, which makes paying $950 for three tickets seem totally reasonable. My toes may still be cold tonight, but at least I know I’ll be warm again some day!

Wendy Robinson is on Twitter as @wendyrmonkey. She tweets about more than just weather, most of the time.

Photo by Jonathan Knepper on Unsplash.

1. We Did Good, Billfold
2. Question Wednesday
3. What I Learned From Five Years of Writing and Editing for The Billfold
4. How a Program Assistant Dealing With a New Paycheck System Does Money
5. Classic Billfold: What I Wanted From My Move to Portland and What I Got
polar vortexthe-cost-of-thingsweather