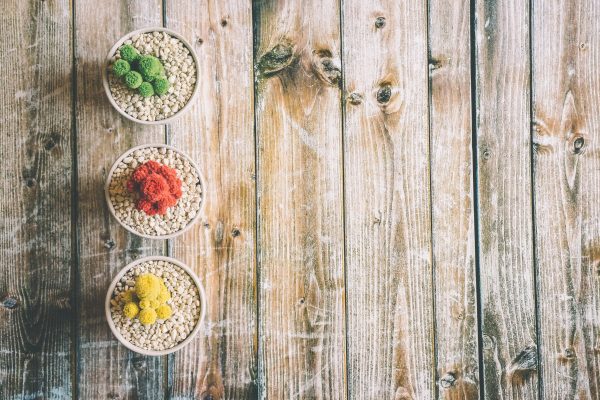 However, I can point to three points in my life when I felt more in control of my money than before.

The first time my money felt mine

In childhood and the first few years of college, my money didn’t feel like mine. Instead, I felt like my decisions were mostly based on what my parents would want me to do. Sure, I still went and got 3 a.m. donuts with my roommates occasionally, but beyond a fairly small margin, I felt like I was a custodian of someone else’s money — even if I earned some of it through summer jobs and school year gigs as the newspaper.

The first time I felt fully like my money didn’t belong to someone else was right after my junior year of college. During the first three years of college, I lived on campus; this contributed to my feeling of being a student, not an adult. That May, however, my friends and I started renting a house off-campus, since we each had landed some form of summer job that made it reasonable to live over the summer in our college town. I cobbled together a part-time job and three freelancing clients that made it possible for me to pay rent, gas, eat, save a little for the school year, and have a little left over for fun.

I didn’t spend outlandishly that summer, but there was something so positive about feeling like I could command enough work to keep myself alive. I know that my parents and family were still part of my support network (and the reason I had health insurance), but there was an undeniable change in how I thought about money. I was no longer spending money on behalf of my parents; I was learning how to make choices about my own money and manage it well.

The first time I could meaningfully save

I spent some of my 20s in travel and some of it in graduate school, but as I turned 26, I got my first full-time job with benefits. The $38,000/year was not a king’s ransom, but it still felt incredibly luxurious to me. When the director of HR passed me a document explaining our retirement plans, I read it over and committed to saving $100 a month; after all, she said that I could change this savings allowance at any time if I couldn’t make it work, and I had survived on much less income before.

I’d always tried to avoid touching my nest egg of birthday-graduation savings, but prior to this first job I really hadn’t thought about growing my savings or saving for retirement. If I dipped into my nest egg, for example, I tried to fill it back up — but I rarely added to it. When I started this job, I was able to decide, kind of suddenly, that saving was something I was going to start caring about. It made sense to do it when my overall earnings were going up by a wide margin; as I continued to build my career, I put most of my pay increases into savings. The ability to save, and see my savings grow with each $100, was a new feeling that approached “control.”

The first time I could contemplate long-term security

Being a pretty conservative spender and investor, I have always viewed the money in our investment accounts as money we could lose at any time. However, over the years, my husband and I have saved in diversified ways (extra payments on the house, retirement, liquid savings account) to a point I’m starting to see a way that we could feel secure long-term. There are plenty of worst-case-scenarios that could wipe that security away, but it feels possible now.

My husband likes his job and has been with it long enough to command a substantial salary for our area’s cost of living, and combined with that and some long-term part-time clients, I was able to quit my full-time job in December and launch a full-time freelance career. The girl who got four part-time jobs in college or who bravely saved $100 a month would think I was taking a huge risk by quitting a sure thing for a gamble like freelancing. However, that is part of why this feels like a step toward “money control;” we’ve built up enough financial security that the “risk” of freelance work was less than the reward of the flexible work hours, interesting work, and potential for self-optimization and self-management.

What’s interesting is that in each of these three scenarios, my definition of being “in control of my money” involved having the freedom to choose a riskier path without fear. In the first instance, I chose to live with my friends over the summer rather than living at home; for the second, I chose a slightly lower cash flow each month in favor of a growing retirement account. To feel in control, I think I need to feel like I can make calculated risks, ones which eventually pay off in greater happiness or greater security. It makes me excited to continue to build a financial base that allows me to take advantage of opportunities when they arise, even though the inherent instability of money will probably always keep my footing a little unsure.

Laura Marie is a writer and teacher in Ohio.

Photo by Scott Webb on Unsplash.

1. We Did Good, Billfold
2. Question Wednesday
3. What I Learned From Five Years of Writing and Editing for The Billfold
4. How a Program Assistant Dealing With a New Paycheck System Does Money
5. Classic Billfold: What I Wanted From My Move to Portland and What I Got
budgetingretirementsaving