The Billfold
What do you do? 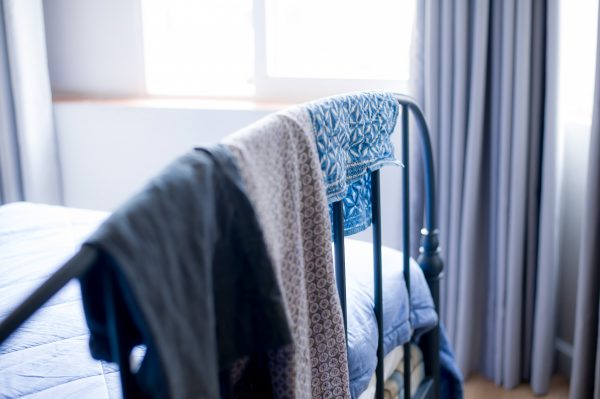 Photo by kaori aoshim on Unsplash.

I used to love meeting new people. Now, I hate small talk, cocktail party questions among strangers. I dread being asked and what do you do? Should I mention my first career, past tense? It inevitably leads to questions, unknowingly loaded with heavy answers, about my current situation. I didn’t change careers by choice. I can’t explain that I decided to go back to school, or that I wanted a different challenge, or that I was bored, or even that I got laid off and had to find something new, because that’s the way life goes sometimes, right? What should I say, when the answer to what do you do is I don’t?

In my first career, I was a physical therapist, and yes, I’m familiar with the jokes. Some patients called me a “physical terrorist;” others, “the person who helped me walk again.” As a career, physical therapy suited me, as well as my desire to keep learning: first my degree and license, then dual credentials, a national board certification, and ongoing continuing education. It’s also a social career, and I loved working with people and learning the stories behind the public façade. I spent my days in patient care, evaluating injuries and progressing exercise regimens, all while talking with men and women from everywhere, of every background, with interests as broad as the population I served. It informed my life and exposed me to a breadth of experiences and stories, opinions and recommendations. I was 12 years into my career, settled, confident, happy in my work. I knew my value, professionally, and had reached a point where I worked less to earn more.

In 2011, I had day surgery. Everything seemed fine, until it didn’t, and my recovery took a wrong turn. I tried physical therapy of my own, but things spiraled down: to the ER, to second and third and finally fourth opinions, to an emergent second surgery, to ambulances and medications and trials of… so, so many things, to temporary medical devices to keep me alive and out of the hospital. Temporary became permanent, and everything changed. Including my career.

I tried to go back to my job at the clinic, somewhere between the third and fourth opinion, before “temporary organ injury” became “permanent nerve, muscle and organ damage.” God, I tried. I tried until I collapsed at work, until I couldn’t treat patients because I couldn’t stand up, until it wasn’t fair to them, or to me.

There’s so much financial advice out there, about emergency funds and savings and living within your means. We followed it all. But when an emergency blindsides you, it doesn’t care about the best advice. The year before my surgery, I earned $46,000, working half-time (my kids were preschoolers). One year after my surgery, I earned $0. Three months of emergency savings becomes laughable when it takes a year of medical trial-and-error to finally figure out that your career is gone. Just gone.

During that same time, my medical expenses grew by a factor of ten. Our mortgage and bills, comfortably paid on our two egalitarian salaries, stayed the same. If you can make that math work out, on a three-month emergency fund or even a six-month fund, I’d love to know how.

We could have moved, and we almost did. But moving to somewhere that slashed our cost of living meant moving out of state. It also meant my husband would be leaving a job he enjoyed (and abandoning the healthcare that was keeping me alive) for a fictional other job in some undetermined location.  It meant leaving doctors, friends and family, the people who loved us, the ones who filled in the gaps with babysitting and sleepovers for my kids and meals when I wasn’t able to manage. It meant moving a household when I could barely move myself, in the midst of the physical bludgeoning and emotional battery that is a prolonged medical crisis. That math didn’t work out either.

We broke all the financial rules, in the end. We stretched our budget until it snapped. We blew through the emergency fund. Family helped along the way. Eventually, we dumped my 401(k) and investments into medical expenses and our house, and that kept us in one financial piece. Barely. Was it a wise choice? At the time, it felt like the only choice.

Five years, hundreds of interventions and a period of medical stability later, I decided to write “for real,” to try to turn my life-long hobby into a second career. I took a freelance class, sent a pitch, and then sent another. A few editors came calling. I’m gradually building a publication list, learning not just which article fits a magazine, but which angle each editor prefers. Even that is bittersweet. My biggest challenge isn’t pitches and pieces, but trying to find the balance between career growth and symptom management; it’s learning how much I can work before my health gets in the way. The answer so far: more than none, but so much less than I would like, and never quite on the schedule I would choose.

Watching my career crumble made me realize how strong the other foundations of my life were. My friends and family stepped up in ways I never expected. My husband made me see myself as more than just the sum of my injuries and losses. I had a “hobby” to fall back on eventually, one that I could do from home, on my own schedule. Not everyone is nearly that lucky in the face of similar challenges. Seven years since my career implosion, I’ve settled into a new normal — and while I’ll never believe it happened for a reason, I can say that I’m happy. I have an answer to the cocktail party question and, as a writer, I’m constantly learning, studying story angles, unusual topics, and people. I tell the stories behind the public façades.

Anonymous has learned that compassion and kindness can lift people in the midst of a medical crisis. Universal health care would help too.

1. We Did Good, Billfold
2. Question Wednesday
3. What I Learned From Five Years of Writing and Editing for The Billfold
4. How a Program Assistant Dealing With a New Paycheck System Does Money
5. Classic Billfold: What I Wanted From My Move to Portland and What I Got
career change seriescareer-changecareersdisabilityfreelancinghealth