How I Got This Job: Interlibrary Loan Coordinator 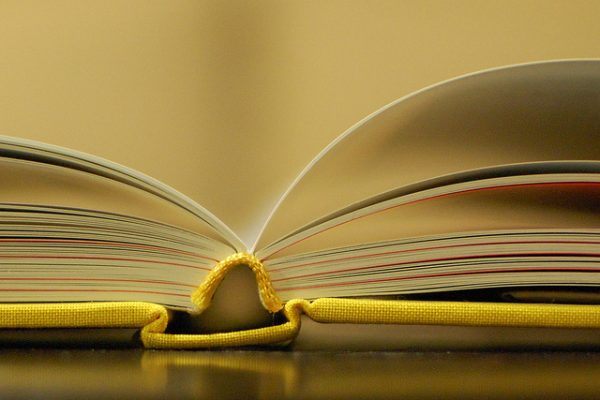 As a family of voracious readers, we spent a lot of time at the library when I was a kid. I even nurtured a secret plan of how to run away and live at the library. Books, a bathroom, walking distance from a gas station with food—what else could a girl need?

Then I realized that if, instead of running away, I finished school and got a job at the library, they would actually pay me to be there. I would have money to buy that gas station food, and maybe also an apartment with a dog in it.

My career choice was made.

In high school I was assistant to the school media specialist, who covered both schools in our tiny town. I spent most afternoons unsupervised at the high school library, rocking out to my Walkman while I did shelf-reading or filled in MARC records. I got in trouble for alternately doing too little (reading instead of working) or too much (letting people in to check out books, which was… somehow against the rules), but it was my favorite “class” ever and the beleaguered media specialist gave me an A. I was hooked on library work.

It isn’t a field that pays well, or has much room for advancement. I knew that going in, but I’ve never been an ambitious person; all I wanted was to support myself modestly, not be miserable during my workday, and come home with enough time and energy to do other things (such as write). With my best jobs, I’ve gotten exactly that. With the worst ones… none of the above.

The part-time job in college, at a somewhat-bigger small town, was one of the good ones. I learned book repair and processing alongside my best friend, with a supervisor who brought us brownies and came to our Halloween party dressed as a bird. My first full-time job was near an affluent retirement community and taught me how unpleasant a combination arrogant wealth and cranky old age can be—but it paid decent money and had a generally happy atmosphere.

Sometimes I still regret leaving that job. Career-wise, it was a mistake, but my family had moved away and I was lonely. I found a job near my older sister and moved in with her.

The new job meant a sixty-mile commute and a pay cut that I sorely did not need. If I’d known it was a desperately underfunded library in a high-crime area, I might have run; if I’d known they would put me in the children’s section, I definitely would have run. But by the time I knew all this, I was stuck, and stuck I remained for the next three and a half years.

On the upside, I do have horror stories to tell at parties for the rest of my life. My favorites include “the patron who found my co-worker’s car key in her desk and stole her car,” “the day we discovered our security guard was a pedophile,” “my co-worker foiled a kidnapping,” “the guy who asked an eleven-year-old for his pee,” and “what is that man doing under the coat in his lap OH MY GOSH.” Did I mention that we were next door to a middle school, and were used as shameless free daycare every afternoon? Did I mention that I would never in my life have let a child out of my sight at this library?

I was desperate to leave, and that’s when I really saw the disadvantages of a library career. Moving up required a master’s degree, which I could not begin to afford on a library assistant’s pay. Even a lateral move was hard to find; librarians never retire, and every library south of the Mason-Dixon line has constant hiring freezes, so open positions are rare. Eventually, feeling like I never wanted to see a library again, I looked for jobs in other fields, only to discover I wasn’t qualified for them.

That desperation led to another step down the pay-and-prestige scale for me. My sister and I moved to another state, and I starting working part-time at both a library and a bookstore. This new library was better than what I’d left, but that wasn’t hard. It had an emphasis on manic customer service that seemed designed to drive my introverted self up the wall. There was talk, for instance, of dispensing with chairs. ‘You shouldn’t be sitting at desks!’ we were told. ‘You should be walking around, approaching people to offer help!’ I found that an intolerable idea on either side of the patron-librarian divide, and I wasn’t the only one, but no one appeared to be listening.

“I hope you like people,” I said, around this time, to a young woman considering library work. “I went into this field wanting to deal with books, and instead I deal with people. And I hate people. So this really isn’t what I wanted at all.”

But the Stepford Librarian job, bless it, taught me how to do interlibrary loans. And that got me my current job, a job that reminds me of those days in the empty high school library, and makes me remember why I ever wanted to work in libraries to begin with.

The patrons here are well-behaved. The library is quiet. We never have to call the police. We’re polite and helpful to patrons, but we’re not expected to chase them down. In fact, I have little contact with them. I sit in my office (with Pandora, now, instead of a Walkman) and deal with books, instead of people. When my supervisor recently bucked the trend and retired at the age of 92, I got my first-ever promotion and significant raise. I feel confident about my work performance for the first time in years. Even though I get up at an ungodly hour and work every Saturday, I kind of look forward to going to work.

These days I can look back at the meandering path of my career with amusement, and forward at the path to come with optimism, hoping I have managed to learn from my many mistakes. There is peace in my heart and money in my wallet. I even have an apartment with a dog in it.

Elizabeth Belyeu lives in Texas for some reason, where she’s doing pretty well for herself and working on her next novel. Previous novel Secondhand Shadow can be found through Amazon or Barnes & Noble.

1. We Did Good, Billfold
2. Question Wednesday
3. What I Learned From Five Years of Writing and Editing for The Billfold
4. How a Program Assistant Dealing With a New Paycheck System Does Money
5. Classic Billfold: What I Wanted From My Move to Portland and What I Got
careershow I got this jobjobslibrarianlibraries