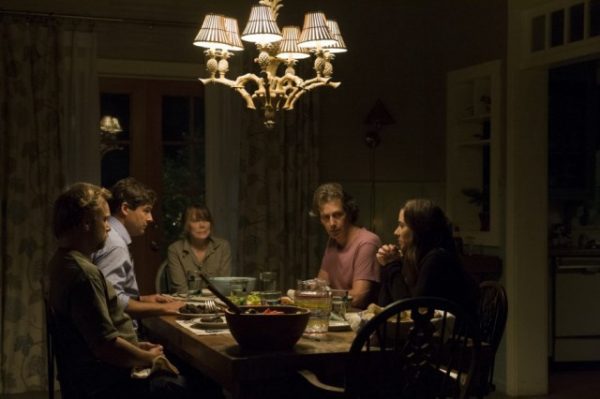 This summer I’m moving from Alabama to Texas with no job or savings, in part because of the way my family handles money.

I have a large family — I’m the second of five kids — and we have always been very tight-knit, sometimes to the point of being ingrown. Everyone comes home for Christmas, for two full weeks if they can manage it; everyone sits down together for dinner; everyone watches the same movies and reads the same books. Frankly, many of us have difficulty maintaining friendships outside the family. As you can imagine, dating has not gone well.

For good or ill, that family tightness has kept us all afloat in times of need. Furniture, cars, and even houses are passed around, and requests for emergency funds have never gone unanswered. When I started college, I moved in with my older sister, and mooched off her heavily as I stumbled toward adulthood. When the next sister down started college, she moved in with me, and did likewise. Sister No. 4 moved in with and mooched off Sister No. 3 (though to a lesser extent since both were partly supported by my parents). The youngest in our family, my only brother, brought things full circle by mooching off Oldest Sister. Currently, all of us siblings — except Sister No. 4, who is getting married in a month — live together in the same house.

The house belongs to Oldest Sister, and she, poor thing, pays more than her share of the expenses. We all contribute, even my brother (who has always been babied and has only a part-time job, further limiting our expectations of him), but the plain fact is that we have a better deal in this family house than we could ever hope to find elsewhere, and it’s the only reason most of us have stayed off public assistance. (Thanks, down economy, for making sure that full-time employment is no guarantee of independence!)

There is immense cultural pressure in my family to help each other as much as need be, and this is largely wonderful. Any of us would be ashamed to watch a brother, sister or parent drown when we are holding the lifeline of a check, a car, a couch — and isn’t that as it should be? Yet it has also led to certain issues. Oldest Sister hides in her room, desperate for peace and space in her own house. I spend ridiculous amounts of time and money commuting to a far-away job, rather than move away from my family.

Most alarmingly, Sister No. 3 is nearly 27, and has never been financially self-sufficient. She has a decent job, but has never learned true self-discipline or money management, because she’s never had to. If the money ran out, someone else has always been there to catch her. She drives a car my parents bought for her, pays rent “when she can,” and struggles or outright fails to pay medical bills, on a paycheck essentially equal to the one I successfully stretch across a much larger slew of debts and expenses. I fear our babied brother, blowing all his dough on art supplies because Mom and Dad mostly cover the rent, may be tending the same way.

They are both about to get a crash course in adulthood. Oldest Sister, in part to escape the crush of so much dependence on her, has decided to move halfway across the country to the Texas town where her best friend resides. She has chosen me, the most self-supporting of her siblings, to go along with her (because yes, that’s how we roll — even our quests for independence are undertaken with family along for help and comfort). Despite months of applying and a few interviews that may yet yield results, neither of us has a job. Her savings are negligible; mine are in the double-digits. We know we’re launching ourselves off a cliff, but we also know that if either of us can get a job, that one will carry the other as far as necessary. And if we both fail miserably, well, we have family to fall back on. And we still have a house. Oldest Sister can’t sell it, after all — not when Sister No. 3 and Brother still need a place to live.

Elizabeth Belyeu is 30 years old and lives (for the moment!) in Alabama, where she supports her steadily growing TBR pile as a library assistant. She is the author of Secondhand Shadow, an urban fantasy novel published by Astraea Press, and has a poorly-updated blog at elizabethbelyeu.wordpress.com.

This story is part of The Billfold’s Relationships Month series.

1. We Did Good, Billfold
2. Question Wednesday
3. What I Learned From Five Years of Writing and Editing for The Billfold
4. How a Program Assistant Dealing With a New Paycheck System Does Money
5. Classic Billfold: What I Wanted From My Move to Portland and What I Got
codependencyelizabeth-belyeurelationshipsrelationships-month