Will Amazon Lockers Be the Hot New Apartment Amenity? 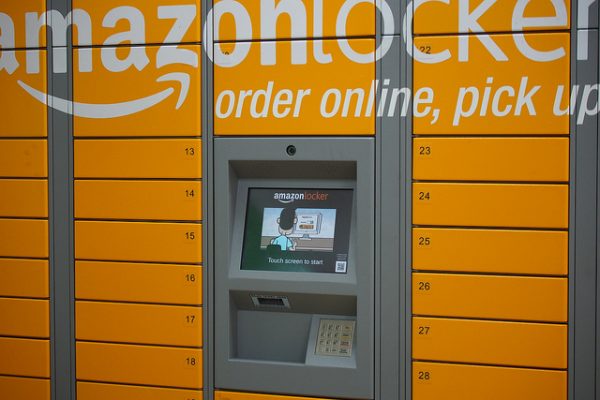 Or maybe they’re going after the shipping industry. I’m not sure yet.

Here’s what we do know, courtesy of Consumerist:

The retail giant is reportedly hard at work installing lockers in large apartment complexes with the hope of having them working by this holiday season.

For the companies that manage these properties, the advantages are obvious. Instead of paying workers to deal with and sort packages for hours every day, they delegate that to Amazon, which places other carriers’ packages inside locker spaces too. The lockers are an amenity that some residents will use a lot more often than a pool, which can be used to sell new residents on signing up.

I get the appeal of having your Amazon packages safely contained inside a locker instead of, say, piled underneath the mailboxes—which is how packages get delivered at my apartment building. (They’re indoor mailboxes, at least.)

But that tidbit about Amazon putting other carriers’ packages inside their lockers is intriguing. What’s Amazon’s long game here? Are they considering taking over FedEx? The USPS? Or is this just so landlords can tell prospective tenants that their packages will be safe because Amazon will keep them locked up?

If Amazon said “we’ll only put Amazon packages inside these lockers,” it might drive apartment dwellers to make more purchases from Amazon to ensure the extra security. Why buy your new shoes directly from Crocs when you can buy them from Amazon’s Crocs portal, for example? (I bought my $69.99 boots through Amazon’s Crocs portal because they were less expensive.)

But Amazon is going to put all packages inside their lockers—and they’re calling these apartment lockers Hub by Amazon. That’s… interesting.

What do you think is going on here?

1. We Did Good, Billfold
2. Question Wednesday
3. What I Learned From Five Years of Writing and Editing for The Billfold
4. How a Program Assistant Dealing With a New Paycheck System Does Money
5. Classic Billfold: What I Wanted From My Move to Portland and What I Got
amazonapartmentsI wonder if this'll be an excuse to raise the rentshippingshopping