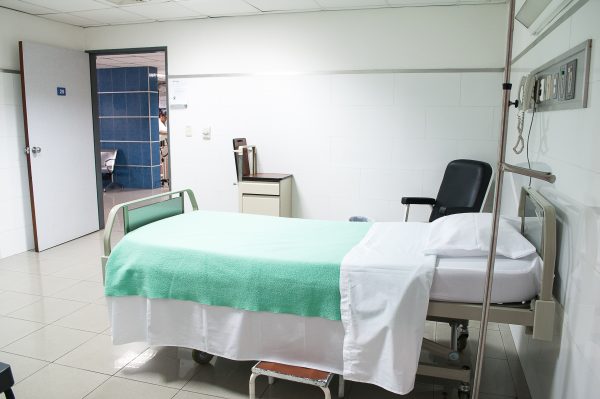 In March 2016, with the burst of energy that accompanies both the end of a long winter and the start of a new relationship, I called my primary care provider. I had a boyfriend again — time to get back on birth control.

I’d been employed at the same academic medical center where my PCP practiced for a few years, so I had a wealth of quality information at my fingertips when choosing from the varied birth control options. After a few days of reading and considering the different efficacies and side effects, I opted to get a hormonal IUD.

My insertion appointment was on March 22nd ($3,017, but because I have insurance I paid just $8.61). It was painful — more than I’d expected, and almost more than my never-tested-by-pregnancy body could endure. But, clutching an alcohol swab to my nose like a prim governess with smelling salts so I wouldn’t pass out, I made it through. The next few days I experienced some minor cramping and spotting, nothing exceeding what my reading had led me to expect.

When I tried to do my first string check about a week after my appointment (feeling for the threads of the IUD that should extend through the cervix into the vagina), I couldn’t for the life of me feel anything resembling a string. Figuring this was beginner’s ignorance, I still made an appointment with my PCP’s office for them to try. I was seen on the 28th ($268 but no cost to me). My doctor assured me, very nicely, that I was probably doing it wrong and went, uh, in to check the strings. She poked around longer than seemed necessary before emerging with a perplexed expression. “Well, I don’t feel anything,” she said, “but it’s probably fine.”

It didn’t sound fine, and I said so. “If you insist,” she said, “You can go get an ultrasound to make sure.”

That same afternoon I found myself having my first ever transvaginal ultrasound ($1,384; I paid $174.46).  After a few minutes of looking at a screen with an expression similar to what my doctor had worn earlier, the technician removed the wand and turned to me. “I don’t see anything,” she said, “but it’s probably fine. It might have fallen out and you didn’t notice.”

It didn’t sound fine, and I was 1,000 percent certain I would have noticed the IUD coming out, given how much I had felt it going in, and I said so. “If you insist, you can go get an X-ray to make sure.”

(What’s so funny about this process of escalation is I’ve since learned this actually is the medically indicated progression when an IUD cannot be confirmed to be in place. At each step, I felt like I was demanding favors to receive what is actually the standard of care.)

Forty-five minutes later I was flat on my back again. “Yup, there it is,” drawled the X-ray technician ($325, $41.61 for me). And there the IUD certainly was, floating free and easy as a butterfly in my abdominal cavity — and most DEFINITELY not safely ensconced in my uterus, protecting me from pregnancy as advertised.

I was shocked. I had considered myself well informed about IUDs, and had done even more reading before the insertion, and at no point had it seemed I stood a significant risk of the darn thing fully perforating my uterus and entering my abdomen in less than a week’s time. And, as it turns out, I wasn’t at significant risk — just unlucky. Exact data on perforations was hard for me to find, but it seems to hover right around 1 in a thousand. I was even lacking some of the better-known risk factors, such as recent lactation or an inexperienced provider doing the insertion. It just… happened.

Having confirmed that the IUD was no longer in place, I met with a surgeon ($223 but just a $25 co-pay for me) who told me she could remove it laparoscopically, if I really wanted her to, and that she could schedule me in 10-12 weeks. At that point I lost it. I was already feeling frayed from having multiple different hands and devices in my genital area (hands and devices that I somehow felt I was strong-arming into being there…?) and the IUD had gone from being a benign little piece of plastic to a full-on body-snatching invader. I felt violated. And so I broke down and cried, and found myself scheduled for surgery the next Monday.

Full disclosure: my grandbosses at the time were Very Important People overseeing the clinic where both my PCP and the surgeon who removed my IUD worked. I think it is highly likely that this helped me to get each of the procedures scheduled in such quick succession; for many women who experience perforation, the time from suspicion to surgery can stretch weeks, or even months (if the perforation is even identified in this manner; a large proportion of perforations are only discovered when the woman becomes unintentionally pregnant, or when undergoing an unrelated surgery). That, to me, is nightmarish. If I did get some special treatment because of my professional placement, I am both so grateful and so, so appalled that that’s what it takes to receive timely medical attention.

I had surgery on April 4th (the total cost ended up being just about $26,000; ultimately I was responsible for $1,167). In a delayed April Fool’s joke, by the time the surgeon had her cameras in place, the IUD had gone missing again — in just the few days since my X-ray it had migrated to the other side of my abdomen, lengthening the surgery unexpectedly and, I’m told, contributing to the subsequent temporary bladder paralysis, catheter placement (included with the surgery because they wouldn’t send me home unless I peed, which was impossible) and UTI ($226 total, $28.48 for me) I experienced over the next few days.

The full ordeal cost me $1,445, out of a total assessed cost of over $31,000. This was a completely unbudgeted expense, but I’d been working on a savings cushion for a few years and was able to pay the full amount in installments over about six months. It also cost me six sick days for all the appointments and subsequent recovery, which I was lucky to have and to be able to take; I know many people don’t have that safety net.

More lastingly, and perhaps overdue, it cost me a lot of my naiveté regarding medical care in the United States. Before this experience, everything I needed to have done was recommended proactively; I had never before had to fight to receive something I believed I needed. I recognize that this is a sign of the many, many privileges I’ve been granted through my various identities — white, middle class, college educated, cis- and abled-presenting, etc., etc. — and my subsequent ability to engage in that fight and succeed was reflective of those same privileges. Having experienced what was, ultimately, a one-time health crisis rather than an ongoing, lifelong struggle, I cannot imagine the strength it takes to engage day after day with a system designed to be adversarial toward anyone who does not hold that privileged status. Because that’s what I remember most from my wandering IUD saga: at every step I felt resisted. I learned firsthand that our medical system is designed to work for the aggregate as opposed to the individual, and that any deviation from the norm represents a threat to the smooth operation of that system. Having always been a cog in the machine, all of a suddenly I found myself a monkey wrench. I was the hostile outlier in the eyes of a structure designed around and dependent upon 100 percent conformity.

I must emphasize that at no point do I feel I received substandard care. The standard of care for IUD perforation was followed to the letter; if anything, I received more and better treatment faster than many women are able to access it (there is a view that IUDs like mine should be left in place, as the potential dangers of a surgery are greater than those that accompany leaving the IUD. Which, I mean, I’ve watched enough Grey’s Anatomy to know that any surgery has its risks, but I challenge ANYONE to still feel that way when they have a piece of medical equipment vagabonding about inside their body). I still trust my PCP, who is a smart, dedicated provider, and continue to see her for my care; I respect and trust the technicians and surgeon I saw. They did their jobs, and they did them well. But it felt like I had to force them.

I felt like their adversary.  And I think that’s where a lot of us end up when we try to get the care we need (and that, hello, we’re paying for!) in the modern healthcare system. From the moment we decide to make the appointment, there are opposing sides at play. Need versus accessibility. Cost versus quality of care. Education versus intuition. Doctor versus patient. My needs versus yours. How many times can two people resist being placed in opposition to each other before they come to anticipate such opposition, and to build all future interactions on a foundation of wariness instead of trust? And who is that helping?

So my attempt at doing something physically and fiscally responsible — not accidentally getting pregnant — blew up in my face. It cost me a lot of money that would have been exponentially more if I hadn’t been fortunate enough to have a job that gave me good insurance. It cost me another set of blinders I didn’t realize I’d had in place. Magically, it did not cost me the new boyfriend, who had to listen to me talk about gas and constipation and my catheter’s pee bag nonstop for a week, but we broke up later anyway.

But it gave me some things, too. A realization of what it really means to be your own advocate, and how hard that is. An awareness of my own privilege, even in the midst of feeling like the unluckiest person in the world. A desire to avoid being reduced to an irritant in a system that has become too large to see individuality as anything else, by trying not to treat anyone else that way.

And a deep, deep belly laugh right before being wheeled into surgery, when my surgeon offered to insert a new IUD “while I’m in there.” I mean, lady, read the room.

Katie Hart has a lot of stories about catheter pee bags.

1. We Did Good, Billfold
2. Question Wednesday
3. What I Learned From Five Years of Writing and Editing for The Billfold
4. How a Program Assistant Dealing With a New Paycheck System Does Money
5. Classic Billfold: What I Wanted From My Move to Portland and What I Got
birth-controlhealthhealth-insurancehealthcareiud