Less for Your Money 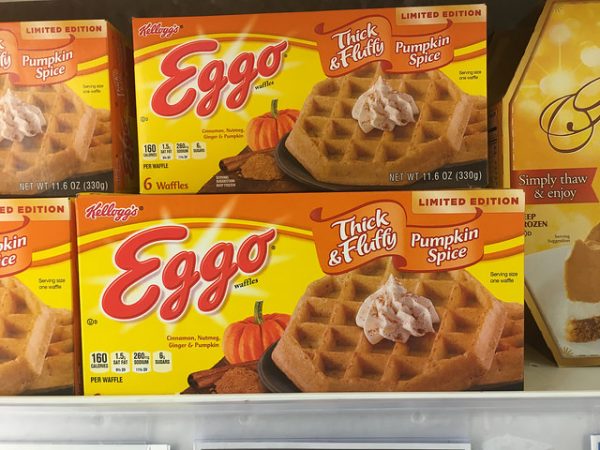 First of all, I am not a foodie. I eat to live, not live to eat. I don’t like to cook lunch. I don’t even eat lunch on weekends. The lunch that I take to work consists of a sandwich and some crackers. But that sandwich has recently become problematic.

Am I the only one noticing that many food items are shrinking their portions while raising the price? On most weekdays, I make a sandwich for lunch using Oroweat Sandwich Thins. I’m not much of a bread person, and the Thins are the smallest amount of bread I can use and still have a sandwich. A few weeks ago, I noticed that the packaging was different. Previously, the bread came in a plastic wrapper, not a box. That was definitely new. A banner on the strange box proclaimed “New Recipe.” The label on the Honey Wheat Thins said that they were made with olive oil and sea salt. Was that new too? What were they made with before? I grabbed the box at the grocery store and put it in my cart.

The next morning when I opened the box to make my sandwich, I made another discovery. There were only six Sandwich Thins in the box. Weren’t there supposed to be eight? I was starting to doubt myself, so I looked up the Sandwich Thins online. Sure enough, on the Amazon website, there was a picture of Sandwich Thins in a wrapper, with the title, “Oroweat Sandwich Thins Honey Wheat Pre-sliced 8 per package (Pack of 2)”…for $29.99. The photo of the package clearly showed eight Thins, but the description read, “Package of 6 pre-sliced rolls (Pack of 2, total of 12 rolls).”

When I bought an eight-pack of the Thins in August 2017, they cost $2.75. When I bought the four-pack last month, they were on sale for $3.99 from a regular price of $4.69. But the Amazon ones were almost $15 a package, meaning that each Sandwich Thin cost $2.50 (in a box of 6). Who would spend $15 for 6 pieces of mass-produced bread? One hapless shopper reported that she thought that there were eight packages, not eight rolls in two packages. Her sarcastic remark alluded that it would have been cheaper to make her own bread.

But why did a package of six rolls cost $4.69, when about a year ago, a package of eight rolls cost $2.79? Why was the recipe changed? Some people pointed out that the New Recipe Thins were larger. Other people complained about the increase in carbs and calories. A few people decided to boycott the brand entirely. In September 2018, the company that makes the Sandwich Thins was featured in a Business Insider report. The report stated that after ten years, the company decided to relaunch the Thins with a softer texture and flavor that appeals to changing consumer tastes. They don’t taste any different to me. And since the size of pre-sliced lunchmeat hasn’t changed, they don’t seem bigger either. But they definitely make my bank account smaller.

I don’t cook breakfast either. For several years, I have started my day with a Kellogg’s Eggo Breakfast Sandwich. A slice of sausage and a slice of cheese and some egg between two pieces of “our delicious, soft, waffle-style bread with a touch of maple flavor” had been the highlight of my morning routine. But when I went to the store last week, the sandwiches were half their regular price. The sign said that they were on clearance. As I bought the two remaining boxes, I had a bad feeling. Sure enough, when I went to another location of the same food chain, not even a sign remained to mark their spot in the frozen foods section. The Eggo Sandwiches were gone. It appeared that they have gone the route of the Aunt Jemina Griddlecake Sandwiches and the original Pillsbury Toaster Scrambles.

That brings me to another story. Before Eggo Sandwiches entered my life, I loved Toaster Scrambles, featuring sausage, bacon or ham inside of a pastry with egg and cheese. Years ago, I could find them everywhere. Then they were only available at Walmart. Recently, they have come back to my favorite grocery store, but with a difference. You guessed it — with fewer items and a higher price. Weren’t there originally six pastries in a box? The new box contains only four, but they’re “now with potatoes!” (Another way of saying “New Recipe.”) Who asked for potatoes? It wasn’t me. The item costs at least a dollar more than I remember paying in the past. Of course, I had to go to the Pillsbury website. I wasn’t alone in my displeasure with the added potatoes. Just like the Great Sandwich Thin Change, people complained that the potatoes changed the calorie count and made them off-limits to some people with dietary concerns. Lots of people felt that the once flavorful pastry now tasted horrible. One former fan said that the change made her cry. Another person echoed my concern: “Oh, and thanks for raising the price while putting fewer in the box. That was a nice little extra touch.”

Yesterday, I found myself perusing a raw foods cookbook (which, since there’s no cooking involved, might be better called a “meal preparation manual”). What is the ultimate solution to my food dilemma? Maybe I need to just skip breakfast and lunch and concentrate on dinner. After all, I have 21 used cookbooks and have only tried about four total recipes. Most cookbooks have nice photos of food. Used cookbooks cost a lot less than food. If I could replicate photos of food into actual food like the device on Star Trek, life would be a lot easier. How much would one of those things cost? And how many come in a box?

1. We Did Good, Billfold
2. Question Wednesday
3. What I Learned From Five Years of Writing and Editing for The Billfold
4. How a Program Assistant Dealing With a New Paycheck System Does Money
5. Classic Billfold: What I Wanted From My Move to Portland and What I Got
food