The Hidden Costs of Poverty 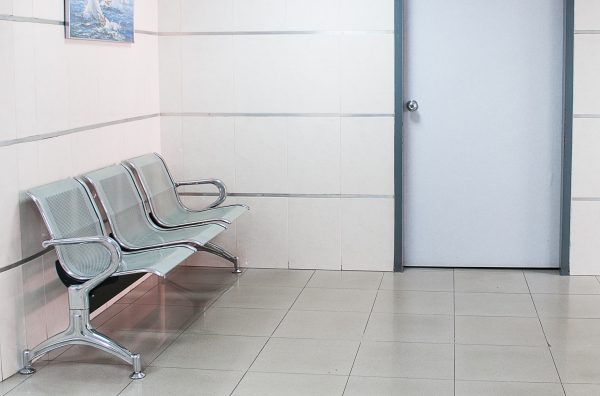 If you had told me that being poor would be the most expensive thing I have ever experienced, I wouldn’t have believed you. And yet here I am, pinching pennies ’till blood weeps out of them.

Let me start at the beginning. I was laid off from my most recent job. It was a decent paying wage at a pharmaceutical company.

I live in New Jersey and do not drive, so to get to work I had to take a bus to Manhattan, switch to the A,C,E line at World Trade Center, then switch to the 4,5,6 line and take that to Grand Central where I could catch the Metro-North train to Tarrytown. The Metro-North is a commuter rail system that runs long distances between far-flung locations in New York State. It took me about two hours to get to work every day. Getting home was another another two-hour trip. All this travel was ameliorated by the fact that monthly tickets for Jersey Transit, the Metro-North, and the MTA were included in my salary. I just needed to fill out a form and I would either be reimbursed or the monthly ticket would be deducted out of my paycheck. Simple.

All told, the total travel costs each day were $30. If I missed the free company shuttle to work I then had to take an unregistered cab or ride-share to campus which might be another $15. Still, simple.

Then I got laid off. As my savings dwindled, it became clear that I would need to start applying for unemployment, welfare, and food stamps until I found a new job. Simple, right? Not so fast.

The first time I went to the welfare office in New Jersey, I had to take two Lyfts from my house and back (total cost: $30), because the office is not located anywhere near a main bus station. I arrived around 10 a.m. and was told that I needed to come back the next day because all the numbers and caseworkers were taken for cases that day.

“What time should I get here?” I asked.

The woman at the front desk didn’t have a good answer. “They start lining up before the building opens, so… early?”

“What time does the building open?” I asked.

The next day I was determined to not miss the cut-off time at the welfare office, so I arose at 4:30 a.m. in the middle of winter in the pitch black.

I took another ride-share for another $30 round trip.

The welfare office opens at 9 a.m., but if you want to be seen you need to get there early. And stand in line. And make no mistake, just because the news tells you that the economy is doing great does not mean it’s doing great for everyone. There was a line that stretched the entire length of the building.

So I stood outside in the dark with my fellow people, sniffling.

I did get seen that day, after waiting around for two hours, and was assigned a caseworker who told me that there is now a work requirement if I want cash assistance to help me pay rent or bills. But this assistance is not handled by their office, and I would need to go to another office in another building and qualify there.

So I traveled to another office in Jersey City ($45 round-trip) and sat around until someone came out to tell us that if we wanted cash assistance, we needed to prove that we are actually searching for work. This speech took 45 minutes. Then we were handed a sheet and told to return every week on a specific day for a month and turn in the sheet. Then it would take another 2–3 weeks before we saw the money deposited into our accounts.

I proceeded to travel to Jersey City ($45 round-trip, each week) to turn in a piece of paper stating which companies I had applied to and who the contact person was. After that was done I’d still have to wait another month to start receiving this cash assistance.

When I finally sat down with the career coach that we had been given and told her what I did (Technical Writer), without hesitation she said, “What? What is that?”

“No I can’t help you. Sorry,” she said. “I have plumber and CDL forklift positions.”

I explained that I was disabled and not allowed to drive.

When I finally received my cash assistance, it was in the whopping amount of $130, barely enough to pay my light and gas bills and not enough to make a dent in my cable bill which I was using to search the internet for jobs. It was certainly not enough to cover the travel costs for all the cars and taxis I was taking to complete the tasks required to receive the assistance.

And yes, I hear your protestations already, “why didn’t he just go to the library to use the internet?” Eventually I did.

There used to be many home energy assistance programs that were offered to help financially struggling households pay their heating bills in the winter. Many of these have been cancelled as a direct result of the Trump administration tax cuts. (No home heating assistance for you!) I live in an apartment that is heated by electricity, which is much, much more expensive than gas or oil.

At the welfare office there are many people walking around offering classes that will teach you to weld or become a plumber. I already have a master’s degree and have been told numerous times that the person interviewing me expects that I will bolt the position once a better-paying gig comes along and they need stability. Well, so do I.

Finally, I decided to use the rest of my savings to apply to a program to learn computer programming — only to be told that I needed to make the choice between getting this education or receiving food stamps.

As I was having this conversation about attending this program with my caseworker, she told me I was not allowed to remain on food stamps if I couldn’t complete the work requirement. I told her I was in classes trying to get more education. She responded that apparently I am not allowed to go to school while on food stamps, so they were cut off.

I calmly explained how absurd this was. She called her supervisor over because, “you’re a man and I thought you might need to hear this from another man.”

I thought this odd but she went to get him anyway. Her supervisor reiterated what she told me, of course. Neither of these people are mean or evil, they were just doing their job.

Her supervisor just shrugged. Neither of them could offer me an opinion out loud but I could see it on their faces.

I am dismayed by my experience with food stamps and welfare. I thought the point of food stamps and welfare was to help those in need. Everyone I encountered in this process was so defeated. There has to be a better way. What price am I willing to pay? On the one hand, I could stay on welfare and be able to eat and stay poor — or is the other option, staying in school and breaking permanently out of the cycle of poverty but starving in the short term, the way to go? Why is this the choice?

Anonymous looks forward to being able to save pennies instead of pinching them.

1. We Did Good, Billfold
2. Question Wednesday
3. What I Learned From Five Years of Writing and Editing for The Billfold
4. How a Program Assistant Dealing With a New Paycheck System Does Money
5. Classic Billfold: What I Wanted From My Move to Portland and What I Got
financial strugglesjobsunemployment