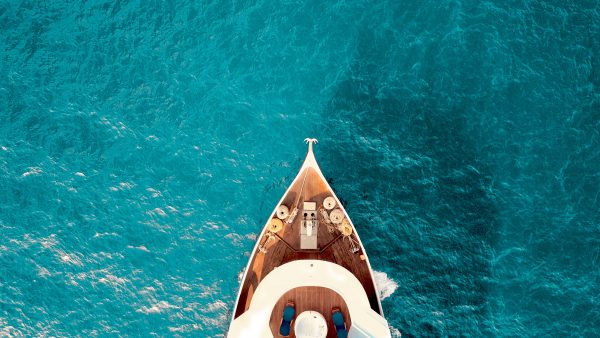 BoingBoing: Crypto CEO dies with the password to unlock $200+ million of customers’ Bitcoin

The chief executive of cryptocurrency company Quadriga CX has died, and he’s apparently the only one with the ability to unlock all his customers’ coins.

Without their digital keys, his clients lose access to their funds. The company’s board of directors said last week it is seeking creditor protection.

IS IT POSSIBLE FOR BITCOIN TO BE TOO SECURE

ARE WE JUST LEARNING THE DRAWBACKS OF THIS NOW

Vox: Billionaires are storing hundreds of millions of dollars’ worth of art on superyachts

In one case, a billionaire’s children damaged a Basquiat painting by throwing cornflakes at it, and the crew added to the damage by trying to wipe the cereal off. Another yacht was the site of an unfortunate incident involving a champagne cork and a multimillion-dollar painting. On another, crew members having a pillow fight accidentally broke a £75,000 lamp. Those issues seem less related to yachts than to human behavior, but what do I know, I don’t own a yacht.

It’s also worth noting that using superyachts as floating art galleries isn’t just a way of bragging about how much money you have — in some cases, it’s also a form of legal tax avoidance.

The Washington Post: ‘A very big experiment:’ How Elizabeth Warren would try forcing billionaires to pay her wealth tax

Warren has proposed a series of aggressive new enforcement policies designed to prevent the wealthy from escaping it. She wants to dramatically beef up funding for Internal Revenue Service enforcement. She’s proposing a new requirement that a minimum number of very wealthy taxpayers face an audit annually, aiming to ensure they are not hiding assets from the tax collector.

WHAT ABOUT THE YACHTS THOUGH

WILL BILLIONAIRES STILL BE ABLE TO HIDE ASSETS IN THE YACHTS

Photo by Mohamed Masaau on Unsplash.

1. We Did Good, Billfold
2. Question Wednesday
3. What I Learned From Five Years of Writing and Editing for The Billfold
4. How a Program Assistant Dealing With a New Paycheck System Does Money
5. Classic Billfold: What I Wanted From My Move to Portland and What I Got
I hope that boat in the photo is a yachtnews rounduptaxeswealth