The Billfold
Moving On

The Unexpected Costs of Leaving 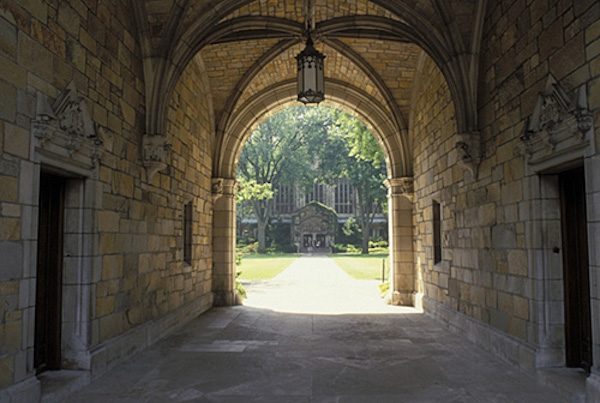 In total, I have lived in Ann Arbor for six and a half years. I spent four years here as an undergraduate, traveled and lived in Chicago for a few years, and moved back in fall 2015 for a job. It took some time to feel at home here again. Because of the University’s central place in the community, Ann Arbor can often feel transient. Especially when winter semester ends, someone is always leaving.

Now, two-and-a-half years after I moved back, I’m the one on my way out.

This fall, I will start an MBA program in Boston. Almost as soon as I sent in my deposit, my husband Eric and I began listing the things we wanted to do before we moved away: a weekend in Traverse City, a visit to South Haven in western Michigan, an evening in Kalamazoo, an afternoon kayak trip on the Huron River. We started a bucket list for the restaurants where we needed to eat one more meal. Time and money forced us to prioritize. I had planned for the cost of renting a moving van and so on, but the “goodbye Ann Arbor” expenses added up quickly.

$8 per half-pound of my favorite gouda

I feel both like I’ve just moved in and like I’ve been here a long time. Spending two years in the grad school application process kept me in anticipation of leaving, and yet I have a comfort level with Ann Arbor that I haven’t found elsewhere so far. Eric and I have been able to establish a lifestyle that we like. We live a five-minute walk from a butcher shop, market, and high-end deli, and we’re a short drive from a bulk spice shop. These places allowed us to cook more adventurously and live out my dream of carrying a fresh baguette home at least once a week. The Ann Arbor District Library alone has improved our quality of life significantly. I’m sure we will be able to find stand-ins in Boston and wherever we live afterwards, but it will be an adjustment.

$5 per pint of Smokehouse Amber

Part of these past few months has been saying goodbye to the familiarity of Ann Arbor. On quiet weekend nights, Eric will sometimes go to a local bar to write. The bartender is a former journalist, so he and Eric hit it off almost immediately. We go with enough frequency that this bar is one of the few places where the staff not only know me, but also know my order. It might be the only place I’ve ever been considered a regular.

It took time to build a life here. We will be back to visit, but it will feel different.

$50 for dinner with friends in Detroit

I’ve found it easier to be the one leaving, but after watching many friends move away it’s strange to be on the other side. “This is the last time we’ll see each other,” keeps echoing in my head. “This is the last time I’ll be here for a while.” I won’t have the option to hop in my car and spend a weekend in Chicago. Friends will move into new homes or follow opportunities to other cities or states. I will not be back in this exact version of Ann Arbor again.

$8 for noodle soup at my favorite lunch spot

$12 to see a movie at the State Theater

Beyond the actual costs, it’s been humbling to see the amount of work that friends have put in to seeing us off. When everyone in my a cappella group found out I’d be gone before the next concert, they learned a song that I’d arranged and recorded it for me. I still can’t quite comprehend the time, effort, and kindness that went into the gesture. Another friend scheduled a last-minute weekend trip from Chicago to see us before we moved away. These acts of caring outweigh the costs of dinners out and time not spent packing.

This weekend, I have a reservation at the restaurant where Eric and I celebrated our first wedding anniversary. I’m planning a goodbye happy hour at my favorite beer garden since my apartment will be too full of boxes to host. We’ll grab lunch at the Chinese restaurant that is always Eric’s first and last stop when moving in or out of town. I still haven’t kayaked the Huron River, but maybe I’ll be back to build another life here again.

Laura Chanoux is from Massachusetts and is looking forward to living there again. She would love to help you plan your weekend trip to Ann Arbor. Her writing has appeared in Vulture, McSweeney’s, the Belladonna Comedy, and other places.

1. We Did Good, Billfold
2. Question Wednesday
3. What I Learned From Five Years of Writing and Editing for The Billfold
4. How a Program Assistant Dealing With a New Paycheck System Does Money
5. Classic Billfold: What I Wanted From My Move to Portland and What I Got
friendshipgrad-schoolleavingmovingmoving-onthe-cost-of-things