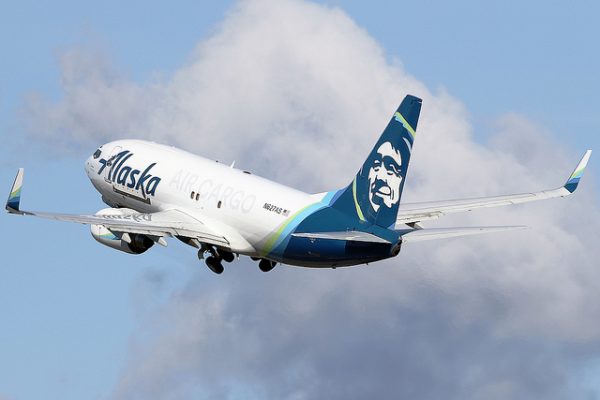 On a plane bound for Alaska, I left college — for good — my sophomore year. An amalgam of chutzpah and immersive learning empowered me beyond cleaning bathrooms to becoming a six-figure-salary executive — without a college degree.

While my friends were partying in far-away frat houses, I was clickity-clacking on the computer in my clearance-rack skirt suit. Scarcely twenty-years-old and without that “golden ticket,” I had a long way to go to prove myself. Eventually, I landed a job as an administrative assistant — largely because my sister-in-law put in a good word with her boss. Having never seen an Excel spreadsheet, I had no marketable job skills and a heap of new “big girl bills” to pay. I felt desperate. At night, I would change into my sweatpants and clean that same office — toilets and all — for extra cash.

I left college in pursuit of a deliberate life, as opposed to robotically executing the templated life course that seemed so ubiquitous. Without the guidance of professors and classes, however, I found myself perpetually pensive in those early years — trying to figure out my career goals and hoping for an “ah-ha moment” that would set my life onto a clear, distinct path.

It never happened. Instead, I realized that the notion of absolute certainty just doesn’t happen for everyone. Certainly not for me, and thank goodness for that.

When I flew to Alaska, it was my first time on a commercial airplane. The roar of the engines, as the plane took off, set into motion reverberations of wanderlust that changed the course of my life. I worked and adventured with equal passion. With three jobs, I was able to pay the bills and save up for grand adventures in thirty-eight states — skydiving, whale tracking, dogsledding, and shark diving — and trips to ten countries (and counting!).

The desperation of having to pay the rent combined with the insatiable craving for adventure meant I needed to make money, but also save it — manage it. I used the earnings from my primary job as an administrative assistant and combined that with waitressing and odd jobs that paid cash. When there was a trip on the horizon, the goal of saving toward life-changing travel was a cinch — but managing money beyond these short-term goals proved a struggle. My day-to-day money management was piecemeal and shoddy, and I wasn’t saving much for retirement. I distinctly remember calling out “sick” because my car didn’t have enough gas to get to work. It was the day before payday, and I didn’t even have ten dollars to put in the tank.

I was broke and financially inexperienced, but I refused to give up.

I threw myself into my work-life, never uttering the words, “That’s not my job.” I volunteered for projects, shadowed more experienced co-workers, and scoured the clearance shelves of Barnes & Noble in search of books to gain and sharpen my skills. And… I kept traveling.

All of the trips in my twenties and early thirties were solo adventures. This type of travel, I found, is exceptionally educational — problem-solving challenges ranging from missing hotel reservations to personal safety and cultural assimilation. With each adventure, I grew exponentially and this maturity — this calm in the face of calamity — helped propel my career. My scrappy, take-no-prisoners attitude, burgeoning skills, maturity, and hard-earned grace under pressure helped skyrocket me up the corporate ladder.

My early desperation had transformed into a fiery determination. I was a tornado — tearing through the corporate landscape, pulling into my vortex every possible skills-building opportunity. Out-hustling my co-workers, I built a successful career in marketing and event management. I strategically applied for jobs at small to medium-sized companies — organizations that might be less encumbered by red tape and more willing to overlook my lack of a degree. By my mid-thirties, I had a sweet office, two kick-ass job titles, a low-six-figure salary, plenty of champagne in the fridge, and was quoted in national industry magazines.

But at what cost? Was it worth it and more importantly — would I advise others to do the same?

That fierce determination I mentioned came with a downside — a debilitating chip on my shoulder. On the one hand, my lack of a college degree gave me an endless drive to work harder, faster and without limits. This hard-wired within me an exceptional work-ethic that helped differentiate me in the workplace.

On the other hand, having no degree cultivated resentment — I was usually paid less than my colleagues who had a degree. I was doing more and earning less money. This was true for most of my career, though it changed — to some extent — once I broke through the ceiling and shifted into management-level positions. In addition to the resentment, I was medically exhausted from burning the candle at both ends for nearly twenty years. Always working regardless of a cold, flu or stomach bug (which increasingly became the norm), I hit a wall in my late thirties. Being simultaneously diagnosed with influenza and shingles, I was bed-ridden for nearly a month. My approach to work was no longer sustainable; I needed to make a drastic life change.

Leaving college in the 1990s was transformative — deliberate, liberating, and humbling. I was forced to establish my identity in this world based solely on an in-depth exploration of my passions, skills, and iconic flaws. I pushed hard — often too hard — but I also learned how to overcome challenges, both personally and financially.

It is no coincidence that my intended major, back in the day, was English. I thought maybe I wanted to be a writer, but when I put pen to paper, I had nothing to write about. Although I didn’t realize it at the time, these past twenty-five years have been spent accumulating experiences — stories. I am now a forty-four-year-old junior at UMass Amherst (Food and Culture Journalism) and a freelance writer. I no longer have the six-figure job, but I’m working towards the degree.

Time to see where it takes me.

Melanie is a freelance writer and former private chef. She writes about her life and is passionate about food and culture — food justice, regenerative systems, and tacos — of course. She welcomes commissions: cookingcarden@gmail.com

1. We Did Good, Billfold
2. Question Wednesday
3. What I Learned From Five Years of Writing and Editing for The Billfold
4. How a Program Assistant Dealing With a New Paycheck System Does Money
5. Classic Billfold: What I Wanted From My Move to Portland and What I Got
careerscollegeno degreetravel