The Cost of Saying Goodbye 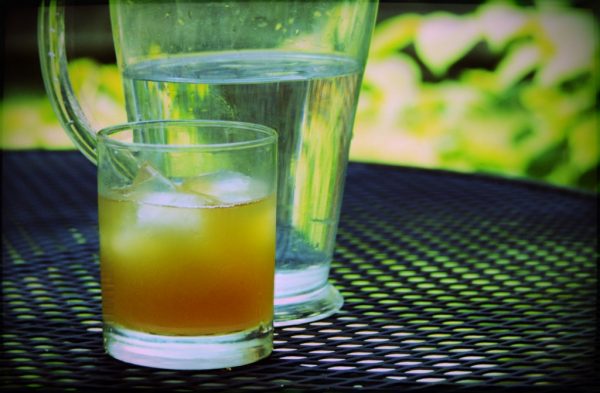 Last fall, my husband Eric and I hit it off with a group of people who were in Ann Arbor for a one-year fellowship. We met shortly after many of them moved to town in September and soon we were having each other over for dinner, organizing game nights, and sharing stories over some of the strongest cocktails I’ve ever had. It was exciting to get to know a new group of friends from around the country and world.

Before I was ready, graduation arrived. Our friends’ fellowships ended and they all began to make plans for moving away.

Suddenly our social calendar blew up. In April, we began attending going-away parties and last-night-in-town celebrations multiple nights a week. Eric went to the fellowship graduation ceremony and after-party. We met our friends’ parents while they were in town and got to hear delightful childhood stories. By mid-May, we realized that between other spring events and goodbye parties we hadn’t had a night of downtime in weeks. The costs were starting to add up, both in time and money.

Dinner for three at Zingerman’s Deli: $45
Drinks at a favorite cocktail bar: $40

With extra rehearsals for a concert in addition to going-away events, I found myself wishing for nights at home. Though I initially blamed my grumbling on fatigue, the truth is that I hate goodbyes. I hate having to confront the lingering questions of “When will I see you next?” “Will you visit me? Will I visit you?” “What will keeping in touch look like?”

I moved out of my shared college house the morning after our graduation. In addition to being kind of a jerk and leaving my roommates with the bulk of the cleaning, I also avoided the particular loneliness that comes with being the last one in town. I emptied my bedroom and took off. Now, I’m the one left in town watching everyone leave and I really am not a fan.

Beer at a brewery goodbye party: $6
Celebration at the local beer garden: $30

Everyone has different post-Ann Arbor plans. Some moved back home to start work right away. Others will stay until their leases are up later in the summer. Friends have been trickling out one by one. On a night we thought we had no plans, a friend texted to see if Eric and I would join for a last time at one of our favorite bars.

Cocktails and food at the (appropriately named) Last Word: $70

As the goodbye happy hours pick up in frequency, I keep imagining the quiet summer ahead. I know that soon I will miss these mini-parties every night. I will miss having this specific combination of people in this specific place. I am happy to spend the time and money on going away parties. For me, showing up is a nontrivial part of friendship—and whether we meet up again in six months, a year, or five years, I want to pour what financial and emotional resources I can into staying friends.

Six-pack of beer to contribute to a house party: $9
Small gifts for our game night co-conspirators: $20

While the current crop of goodbye parties is a quirk of this particular single-year fellowship, transience seems built into living in a college town. Some of my friends are long-term Ann Arbor residents; others aren’t sure where they’ll be living next year. Some recently finished programs and are moving over the summer. Others are waiting on jobs or graduate school to pull them elsewhere.

Ann Arbor has a stable permanent community. It’s a great place to raise a family and often pops up on top of lists of best places to age, best places to date (weirdly part of the university’s advertising) and best places to live in general. I know quite a few people who moved to Ann Arbor for a university program and decided to stay because they loved it here.

But the University of Michigan—the main draw to Ann Arbor for many people—prompts both permanency and continual change. People arrive for a while and then move on, following careers and adventures elsewhere. Meeting someone affiliated with the university frequently implies an end date to your in-person friendship. The energy of a town so centrally focused on education and art has been wonderful, and yet I’ve been feeling one of its drawbacks acutely. I’m the one who’s sticking around — the one having to say all the goodbyes.

Laura Chanoux is originally from Massachusetts and lives in Ann Arbor, Michigan, which she may have mentioned in this article. Her writing has appeared on The Billfold and The Belladonna Comedy.

1. We Did Good, Billfold
2. Question Wednesday
3. What I Learned From Five Years of Writing and Editing for The Billfold
4. How a Program Assistant Dealing With a New Paycheck System Does Money
5. Classic Billfold: What I Wanted From My Move to Portland and What I Got
academiaann-arborcollegefriendshipmoney