On Rural Areas and Creativity 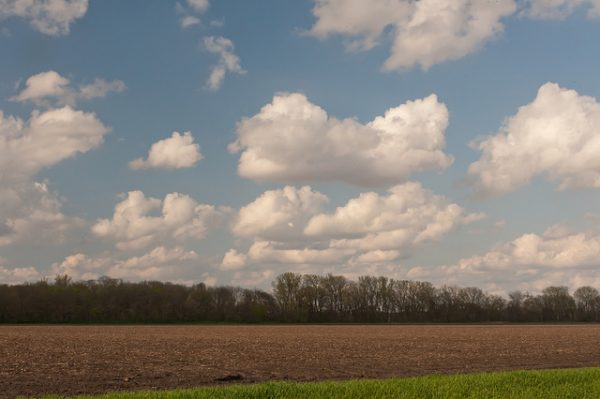 To continue my earlier comment about how I increased my financial stability by moving to a lower-cost-of-living area: last week a Billfolder sent me a link to a Richard Florida article titled “The Rise of the Rural Creative Class” with a note about how I might appreciate it even though I wasn’t really “rural.”

To which I responded: “Hahaha did you know the photo they use for the header of that article is actually where I live? Maybe I am rural after all!”

(If you don’t want to click the link, it’s a barn painted to look like Grant Wood’s “American Gothic,” and it’s twelve miles from my apartment.)

I don’t feel like I live in a rural area, especially after having grown up in a tiny Midwestern town — I mean, Cedar Rapids has multiplexes and malls and an airport, not to mention a startup incubator, a huge performing arts scene, and a downtown packed with local businesses. It feels like what I thought living in a city would be like when I was a kid: plenty of stuff to do and plenty of opportunities for me to get involved. Plus, I finally have one of those cool industrial-style apartments!

I was at one of those performing arts events the other day, and during the panel discussion, I learned that nearly everyone on the panel had a story like mine: they grew up in the rural Midwest, spent several years in a huge coastal city, and then decided to move to Cedar Rapids. That’s — well, I told you I was part of a trend.

Florida’s definition of “creative class” refers to business and manufacturing as well as arts and entertainment, and the most interesting part of his article is the part where he notes how they work in tandem:

I live in a city that has more performing arts organizations than I can count; there are about six major organizations and enough smaller ones that I know I’m not aware of them all! So it makes sense that we have this trend of people relocating to the area for both arts opportunities and business opportunities.

When I moved to Seattle back in 2013, I picked it in part because it “had money.” I guessed — and correctly — that moving to a city where a lot of people (and companies) were making money would help me make more money. One of the reasons I was able to get out of debt so quickly was because I got this gig writing for a Seattle-based client that paid more than I was earning from my other clients combined.

But then Seattle started to get too expensive, despite my earnings. So it was time to find somewhere else to live, and, as you might remember from all of those posts I wrote last fall, I picked Cedar Rapids because it had opportunity and room for growth. Also — and I don’t know if this is the most important reason or not — a higher likelihood of financial stability.

Part of me is like “everybody should do this!” and the other part is “y’all had better not do this, because it only works if these rural areas aren’t oversaturated.” I’m not actually sure if I’m right about that, but it certainly felt like Seattle’s year-over-year growth was straining the city to the point where — well, I mean, I got priced out.

I’m flying to Seattle in a few weeks, to do a reading at Phinney Books and teach a class at Hugo House, and I’m very curious how it will feel to go back. Will I miss it? Will it be like that Reddit thread I was reading the other day where everyone was all “I went back to Seattle and it reminded me how glad I am to have left?”

I’m also curious how it’ll feel to fly back into Cedar Rapids — whether I’ll be sad to have said goodbye to friends and familiar views, or whether it will feel like coming home.

1. We Did Good, Billfold
2. Question Wednesday
3. What I Learned From Five Years of Writing and Editing for The Billfold
4. How a Program Assistant Dealing With a New Paycheck System Does Money
5. Classic Billfold: What I Wanted From My Move to Portland and What I Got
homemovingrural areas