The Billfold
Putting down roots 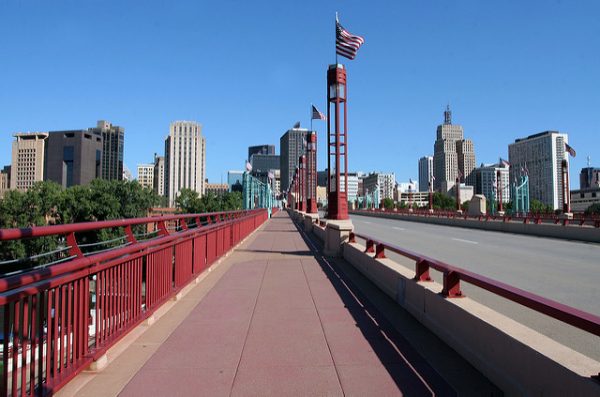 My husband and I are in the basement, watching as a stream of water flows from underneath our washing machine and across the basement floor. Clearly something is wrong with the machine and, just as clearly, we have no idea what to do about it. As I watch the puddle of water spread, it occurs to me that I’ve never hired a repair person. This isn’t because I’m some handy, DIY kind of gal (I am most certainly not). We’ve just simply never lived somewhere long enough to have stuff start breaking on us.

My name is Wendy and I’m a recovering chronic mover.

In the last 15 years, I’ve lived in two countries, four states, six cities, and 12 homes. In the early years after college, my moving was all about trying to find a better version of myself somewhere else. Each new apartment felt like a fresh start; each new city held the promise of finding love or career satisfaction. Every time I loaded my car with boxes of books, I hoped that this move would be the one where I finally got my life together. Sure, moving cost money — there were the boxes and packing tape, the countless trips to Target to buy essentials for the new place, the cost of a security deposit and time off work to unpack. But it was worth it because in a new place, I’d magically turn into a new person — someone who finally paid off her credit cards and who stopped making terrible dating decisions.

Eventually, I did get my life together, though I don’t think the crappy studio apartment I was renting in Tucson should get the credit for that. I paid off my credit card debts, got a graduate degree, married the nice guy, and found my dream career path. But I still couldn’t stay in one place for too long. I kept moving, though now it was usually for career advancement. As my husband and I built our life together and eventually welcomed two kids, moving got more complicated and more expensive. Each new place now involved moving trucks and security/daycare deposits, and even though I was experienced enough to negotiate for moving expenses when I took a new job, we still ended up spending several thousand dollars of our own money in start-up costs every time we moved to a new city.

We were in Iowa when we decided that we had one move left in us. It was time to put down some roots. My son was starting kindergarten, I was dreaming about buying a house, and it was becoming clear that frequent moves were probably not helping us build a strong financial base for the future — even if we were moving in pursuit of better salaries.

Although Iowa is lovely, we knew it wasn’t our final destination. As a mixed-race family, it was just not diverse enough. We wanted somewhere bigger and more vibrant. Because I work in higher education, we knew we wanted to be in a metro area where there was a high density of colleges and universities so I could still have possibilities for career advancement. Diversity was a high priority, as was having a reasonable cost of living. We wanted to be able to buy a home and to live primarily on one income so my husband could be a writer/stay-at-home dad. One day we sat down with an atlas and a notebook and made a list of possible options across the country: Raleigh, Philadelphia, Minneapolis, and Boston all made the short list.

Once we had a list of possibilities, I polished my resume and we started saving again to hire movers. It turns out that once you hire movers for the first time, you can never go back. Saving money feels great; not having to haul all your stuff up three flights of stairs feels even better. After about six months of phone interviews and campus interviews, I finally got an offer for a job that I was really excited about, despite the salary being lower than I had hoped for, and we made our final move to Saint Paul, Minnesota.

We’ve been here for three-and-a-half years now, long enough to have begun to build equity in our home and to build a savings account that doesn’t get diminished by the costs of moving every year. It turns out that, broken washing machine aside, putting down roots has been really good for us financially. Our mortgage costs are less than what rent on a comparable house would be and I’ve been able to continue to advance in my career to the point where I’m making almost 30 percent more than I was in Iowa.

I don’t regret the moving years and I am 100 percent certain that I wouldn’t be at the level I am in my career if we had stayed in Arizona. The adage “you have to move on to move up” is a painful reality for careers in higher education. Moving was hard, and often expensive, but I think it was worth it. That being said, I don’t think I’ll ever forget our first day in Saint Paul. I fought back tears as I watched my children walk up the steps to our cozy yellow house. There was a SOLD sign in the front yard and I knew I was watching my kids explore the house where they will grow up. After 15 years of restlessness, I was finally home.

Wendy Robinson is a community college administrator in Saint Paul, Minnesota. She’s probably shoveling snow right now. If not, you can find her on Twitter as @wendyrmonkey.

1. We Did Good, Billfold
2. Question Wednesday
3. What I Learned From Five Years of Writing and Editing for The Billfold
4. How a Program Assistant Dealing With a New Paycheck System Does Money
5. Classic Billfold: What I Wanted From My Move to Portland and What I Got
familymovingmoving seriesputting down roots