If Amazon Sets Up a Chicago Headquarters, It’ll Get to Keep Its Workers’ Income Tax 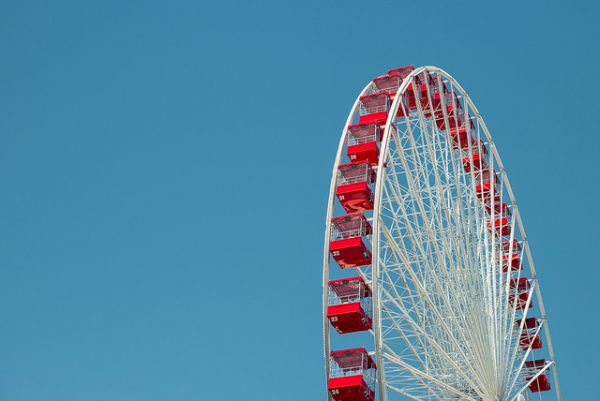 Today in “this isn’t how taxes should work,” we go to the Independent:

Chicago and the state authorities of Illinois have jointly offered to hand Amazon more than $2bn in tax breaks, including $1.32bn of its workers’ income taxes. The scheme, known as a personal income tax diversion, would mean Amazon workers pay full income taxes, but instead of the state getting the money to use for schools, roads and other public services, Amazon would keep it.

Chicago came up with this scheme as a way to entice Amazon to build its second headquarters in the Windy City. Amazon has not yet accepted any city’s offer, but it looks like at least one city wants Amazon’s money so badly they’re willing to let the company collect its workers’ income tax.

Read the whole article to learn about the tax breaks and incentives other cities are offering—and if you’d like a second terrible Amazon story for this morning, a journalist recently went undercover in an Amazon warehouse in Essex:

Many of the clocks have been covered over with tape by employees desperate not to be reminded how long is left of their shift. But time still rules here—a new package must be sealed and ready to go every 30 seconds.

And to think that yesterday I was excited about Jeff Bezos wanting to send people to space.

1. We Did Good, Billfold
2. Question Wednesday
3. What I Learned From Five Years of Writing and Editing for The Billfold
4. How a Program Assistant Dealing With a New Paycheck System Does Money
5. Classic Billfold: What I Wanted From My Move to Portland and What I Got
amazontaxes