The Billfold
The Everything Fortune

Jeff Bezos Is a $100 Billionaire 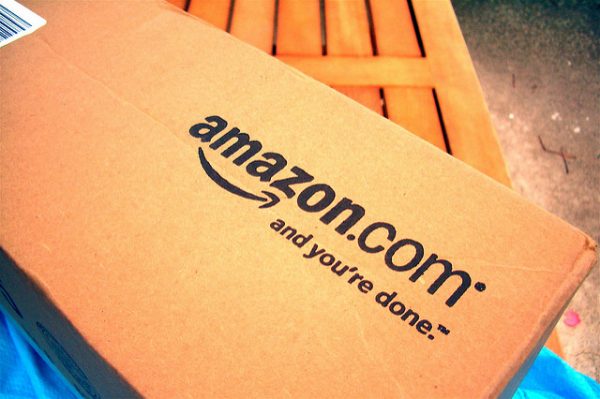 The $100 billion milestone makes Bezos, 53, the first billionaire to build a 12-figure net worth since 1999, when Microsoft Corp. co-founder Bill Gates hit the mark.

That’s from Bloomberg, which notes that Bezos hit this milestone after Amazon’s stock rose 2 percent in anticipation of Black Friday—which meant that Bezos’ net worth rose by $2.4 billion. (He is currently the world’s only hundred-billionaire, since Gates has made a business out of giving away his fortune.)

Slate, meanwhile, reminded us that while Black Friday was trying to take over Thanksgiving evening (to the frustration of many retail workers who just wanted to enjoy some turkey and pie with their families), Cyber Monday went in and claimed the entire week:

I mean, I’m probably going to buy all of my gifts online too, and most of them will probably come from Amazon. I can get all of my shopping done in the time it takes to drive to the mall, and I can have them shipped to my sister’s house (which is where my family is doing Christmas) FOR FREE.

But even free shipping has a cost:

Store closings in 2017 have now surpassed the total from 2008, at the start of the recession. Barring an extraordinary frenzy of brick-and-mortar shopping, expect to see more news like J. Crew’s Tuesday announcement it would close 39 stores—twice the number the company had planned to shutter.

Thanks, Slate. Now I feel badly about all that Amazon shopping. Bloomberg, do you have something a little more inspiring to share?

Bezos is only just starting to focus on philanthropy, and in June tweeted a request for ideas on how to help people. Since 2002, Bezos has given away Amazon shares worth about $500 million at current prices, according to a Bloomberg analysis of Form 4 filings. The billionaire said in April that he sells $1 billion of Amazon stock every year to fund his space business Blue Origin LLC.

MY AMAZON PURCHASES ARE GOING TO SEND PEOPLE TO SPACE.

1. We Did Good, Billfold
2. Question Wednesday
3. What I Learned From Five Years of Writing and Editing for The Billfold
4. How a Program Assistant Dealing With a New Paycheck System Does Money
5. Classic Billfold: What I Wanted From My Move to Portland and What I Got
amazonholidaysshopping