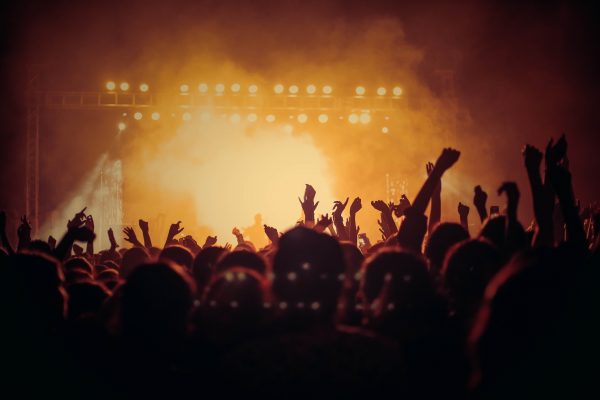 A few years ago, a friend and I flew to Las Vegas for one sole purpose: to see Britney Spears and Mariah Carey perform live on consecutive nights. It was one of those impulse decisions that came up when my friend realized that the two pop stars’ Vegas residencies had a small amount of overlap in their schedule dates. She and I are tail-end Gen Xers; for us, Mariah Carey’s album Daydream was the soundtrack to our high school years. We both grew up rollerblading to “Fantasy” playing through our Walkmen and slow-dancing in school gyms to “One Sweet Day.” As we entered college, Britney Spears’ “Hit Me Baby (One More Time)” dominated house party dance floors. Despite the cost of concert tickets, airfare, and two nights of hotel stay, there was no question we were going. I pulled out my credit card and never looked back.

There’s something about pop music — which, to quote a friend, is the “happiest form of music there is.” Perhaps it’s my inner stubbornness that, in a current culture of peak hipsterdom, I adhere to my love of bops that you’d hear on any inherently uncool mainstream Top 40 radio station. My Spotify workout playlists are stacked with tracks by Miley, Taylor, and Katy. Pop music gets me moving, makes me feel like dancing, and turns the most mundane of commutes into a bit more of a party.

Not long after my Vegas trip, I decided that I wanted to see all of my favorite pop stars perform live at some point. My next big splurge came when Beyoncé launched her Formation World Tour on the heels of her artistic and commercial hit, Lemonade. I had a scheduling conflict with her Chicago tour date, and was heartbroken over missing my chance to join the Beyhive in person. But then I thought of how fun it had been to travel specifically for a show. It was time to take another pop pilgrimage, and who better to inspire a journey than the Queen Bey herself? After jumping on my laptop, I saw that not only was she playing later that summer in St. Louis, Missouri, a five-hour drive from home, but that there were still floor seats available. Once again, I got out the credit card. The 12th row seat cost nearly the equivalent of a monthly car payment — and that’s before factoring in gas money, food and drinks, and a night in a hotel. As soon as I hit the  “Complete Your Order” button, my stomach knotted up with a mix of excitement and anxiety. I was elated that I was finally going to see Beyoncé on tour (and that she would be performing an instantly iconic album), but a part of me felt guilty about dropping that much money on one night’s experience.

Much of my guilt over inessential spending likely stems from my childhood. I’m one of a family of six kids. When I was young, my dad was a freelance illustrator and my mom worked various jobs from one-hour photo technician to church secretary. They did their absolute best to provide for us, but with a household full of growing kids, money was always tight. Clothes, toys, and books passed down from kid to kid. The handful of times we vacationed as a family, we typically stayed with relatives in other states.

But my parents also passed down a love of music. My mom was (and still is) a die-hard Beatles fanatic who, as a teenager, hid her transistor radio in her uniform skirt so she could listen during school. Throughout their twenties, my parents saw the Beatles, the Rolling Stones, Pink Floyd, and Crosby, Stills, Nash & Young perform live. At a tiny bar outside of Chicago, they heard an up-and-coming British band and later learned they were The Who. They’d take impulse road trips to NYC for a party, or tag along with a cousin to catch the Grateful Dead on tour. These are the stories that are told and retold in my family, and now, my siblings and I are continuing the tradition each time we travel to create a memorable experience.

At this point in my life, I’ve whittled down my debts and am now in a position to pay any credit balances at the end of the month. After I pay all of my regular expenses and contribute to my 401(k) and regular savings, I put some extra money into my pop pilgrimage fund. Sometimes it’s just a little bit, like the $30 that I saved in a week by bringing my lunches to work and drinking the office coffee. Other months, it might be a couple hundred dollars because my husband and I stayed home and cooked our meals. Our house is mostly filled with thrift store finds and second (or third, or fourth) hand furniture, and I’ve never been much of a clothes shopper. But since I’ve already decided to save up to see my favorite artists perform, I don’t feel guilty when I decide to spring on those floor seats and a souvenir T-shirt. In the last few years, I’ve seen Taylor Swift, Katy Perry, Lady Gaga twice, Kesha twice, Beyoncé twice (in St. Louis and Detroit), and I have upcoming tickets for Ariana Grande. I am especially grateful for the pop pilgrimage fund because Lady Gaga, Christina Aguilera, Gwen Stefani, and Cardi B all have residencies in Las Vegas this year, and how many chances does a girl get to see her entire workout playlist performed live?

Kim Nelson is a writer, pop culture geek, and Bloody Mary enthusiast from Chicago. Find her on Twitter and Instagram @ponytailup.

1. We Did Good, Billfold
2. Question Wednesday
3. What I Learned From Five Years of Writing and Editing for The Billfold
4. How a Program Assistant Dealing With a New Paycheck System Does Money
5. Classic Billfold: What I Wanted From My Move to Portland and What I Got
budgetingmusictravel