A Friday Chat About the Trump Tax Plan 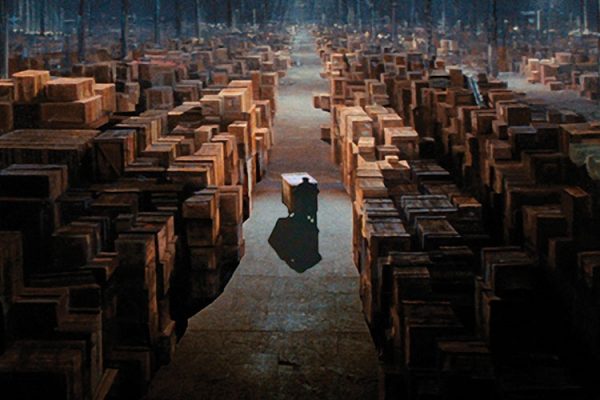 SQUARESTATEKNITTER: Happy Friday! I’m so honored to be here, officially chatting on a Friday.

NICOLE: So… the Trump Tax Plan, right? I was listening to NPR’s Up First this morning. Not good.

SQUARESTATEKNITTER: Yes, agreed on the not-good. I did love the quote on Up First about how the tax plan is like the Ark of the Covenant from Indiana Jones. It’s too big to look at directly. Is anyone surprised that corporations would be the winners in all of this?

NICOLE: I wish it were more like the Holy Grail, in that it would burn your face off if you picked the one that looked like it would make you rich.

SQUARESTATEKNITTER: Oooh yes. Especially if there was a creepy knight chilling with all of the plans. It all feels a lot like a Pandora’s Box, to continue tired-metaphor-usage. The more things move around, the more awfulness we put into the world.

NICOLE: Very true. But if it’s a Pandora’s Box, does that mean there’s hope? 😉

SQUARESTATEKNITTER: THERE BETTER BE NICOLE. I need some 2007 Obama campaign trail style hope right now. For real though, it’s hard for me to take the entire thing seriously because Congress hasn’t been the most effective and if the plan is untenable for Rs from blue states….. that’s a lot of lost votes.

NICOLE: Yeah. Raising income tax is not going to go over well.

SQUARESTATEKNITTER: What would you want from a tax plan/overhaul that would make you call your congressperson?

NICOLE: Oooooh good question. Um. I mean, I like the idea of taxes. I support paying taxes! But I also pay a lot of taxes, and I don’t want to pay more. What if the tax plan gave us government-sponsored health insurance? I’d raise my taxes a bit for that.

SQUARESTATEKNITTER: Me too! I would be interested in something that makes the tiers straightforward—like, if I/my household pays 20 percent, all people like us pay 20 percent, none of this weaseling around. I live in Canada right now, and the state-sponsored health plan thing is pretty worth paying for, tbh.

NICOLE: I’d love paying taxes for that! Especially since we’re already paying hundreds of dollars every month on premiums.

SQUARESTATEKNITTER: Yes! The lack of middlemen makes it more efficient. However, then middlemen don’t get to make a BUNCH OF MONEY. So, you know.

NICOLE: YEAH. Ooooh, did you see that CVS wants to merge with Aetna?

SQUARESTATEKNITTER: I did not, but this is the least surprising. Walk-in clinics are popping up everywhere, it seems.

NICOLE: But this would mean that CVS would become a health insurer. [Editor’s note: This might not actually be the case. CVS could just provide special deals to Aetna customers.] Get your health insurance, your prescriptions, and your hair dye all in the same place! And your basic health care! And those weird knock-off Uggs.

SQUARESTATEKNITTER: Which, in the Amazon-style model of no-privacy, is convenient. As a librarian, privacy is my biggest issue with so many healthcare companies and middlemen. There are many places to lose important info, and we’re paying them for it.

SQUARESTATEKNITTER: Oh man! In the vein of super-efficient healthcare, I just got called into my appointment, six minutes early!

NICOLE: Let’s wrap it up and turn the discussion over to our commenters!

1. We Did Good, Billfold
2. Question Wednesday
3. What I Learned From Five Years of Writing and Editing for The Billfold
4. How a Program Assistant Dealing With a New Paycheck System Does Money
5. Classic Billfold: What I Wanted From My Move to Portland and What I Got
chatsFriday chatpoliticstaxes