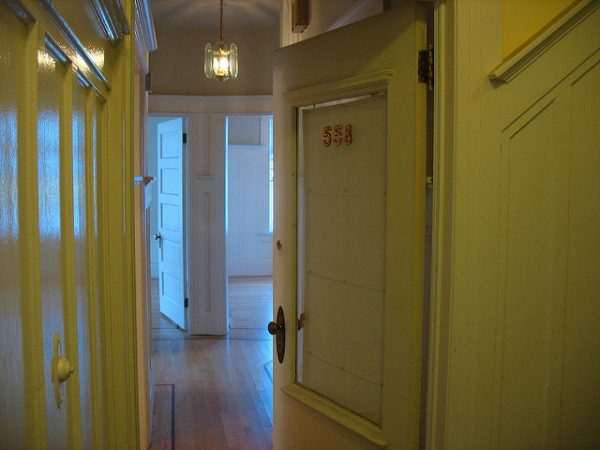 My boyfriend’s pretty careful with money. It’s one of the reasons I’ve always thought of us as compatible, along with our shared indifference toward texting and our desire to go to the movies at least once a week. (I am a terrible Millennial.) A few months in, I knew he regularly updated a budgeting spreadsheet that told him whether or not he could go out for that fancy dinner we were thinking of and afford a new suit for an upcoming wedding. Having dated a few guys who lived paycheck-to-paycheck—a situation they seemed fine with, or at least resigned to, but that vicariously stressed me out—it was a relief to be with someone who dealt with money more or less the same way I did.

I say “more or less” because there was one big difference between us. When I was maybe 16, my dad got me a special teen credit card with cute little goldfish on it, and also gave me a lecture about the importance of building good credit. The lecture mostly went over my head—at 16, I wasn’t really thinking too hard about my prospects for homeownership—but I did use the card and diligently paid down the balance each month. In my early twenties, I upgraded to a grown-up card with cash back rewards, and I was on my way.

My boyfriend, by contrast, was still credit-card-less at 27. He’d always earned enough money to pay his bills, he said, so why bother taking on debt? I had to admit he had a point. Considering that a suffocating debt load is causing Millennials to put off everything from homeownership to having kids, it seemed kind of outlandish that anyone would see not having debt as a problem. So he kept paying for dinner dates with a debit card, and I didn’t think much of it. That is, until we started looking for an apartment together in Chicago about a year into our relationship.

We fell in love with the first place we saw: a big, sunny two-bedroom with broad front windows overlooking a park. It was just a few blocks away from each of our current apartments in the neighborhood, and most importantly, had an affordable rent. The application was the most extensive one I’d ever filled out, and the fact that I was freelancing at the time made proving my income especially difficult. However, I assumed that once we got the right documents together, we’d breeze right through the application process—after all, we made more than enough to afford the place.

It was my boyfriend who pointed out the potential problem. Not only did he not have a credit card, but, as his parents had paid for his college tuition, he also wasn’t paying off student loans. If our potential landlord ran a credit check, he wasn’t sure what—if anything—they would find. Sure enough, a few days later the agent who was processing our application sent us a puzzled email: how could a gainfully employed 27-year-old possibly be missing from every single credit database?

We wrote back to say exactly what my boyfriend had always said: he’d never had a credit card because he had never needed one. That his previous landlord would be happy to confirm that he always paid rent on time. That he had never been in debt because he was careful not to spend beyond his means. We hit “send” and hoped it would be enough.

My boyfriend’s not alone in his situation: 1 in 10 American adults—that’s 45 million people—don’t have credit scores. Some of them have credit histories that are simply too old and out-of-date to be scored, but more than half of them, like my boyfriend, simply don’t have a credit history to speak of. Nearly all of them have trouble getting loans, applying for leases, and opening credit cards.

In our case, the story had a happy ending. We didn’t get the unit we’d originally looked at, but the agent offered us a different apartment in the building, one with weirder light fixtures but the same beautiful view. We’re still living there a year and a month later—I’m typing these words in its sunny front room. Soon after we signed the lease, my boyfriend decided to open a secured credit card—that is, a credit card ensured by a few hundred dollars’ deposit. With luck, he’ll have built up enough credit by the end of this year to apply for a normal card, and we won’t have to deal with the no-credit problem again if we move.

Still, the whole experience still left a bad taste in my mouth. Most of the time staying out of debt is seen as a sign of financial responsibility. Why in this case is it the opposite? Judging someone’s ability to pay rent on time by whether or not they have a credit card seems kind of random, like judging a beauty contest based on whether or not the competitors can swim. It also places a particularly harsh burden on poorer people, who make up a majority of the creditless: in low-income neighborhoods, almost 50 percent of adults lack credit scores, according to census tract data.

I’ve read that some companies are starting to experiment with alternative credit scores based on metrics that aren’t debt-related, like whether or not you pay your cable bill. Having seen how unfair our current system can be, I feel like the adoption of such alternatives can’t come fast enough. Maybe by the time I have kids of my own to lecture about finances, I won’t have to tell them to take on debt they don’t need or open credit cards they don’t want. I’ll just have to tell them to pay the rent on time.

Nathalie Lagerfeld is a writer and editor based in Chicago who has a lot of opinions about movies. Find her on Twitter @maviswillsaveus.

1. We Did Good, Billfold
2. Question Wednesday
3. What I Learned From Five Years of Writing and Editing for The Billfold
4. How a Program Assistant Dealing With a New Paycheck System Does Money
5. Classic Billfold: What I Wanted From My Move to Portland and What I Got
apartment-huntingcreditcredit-cardscredit-historymoney and relationshipsreal-estate