If You’re Planning on Eating at the Cheesecake Factory, Do the Math on the Suggested Tip 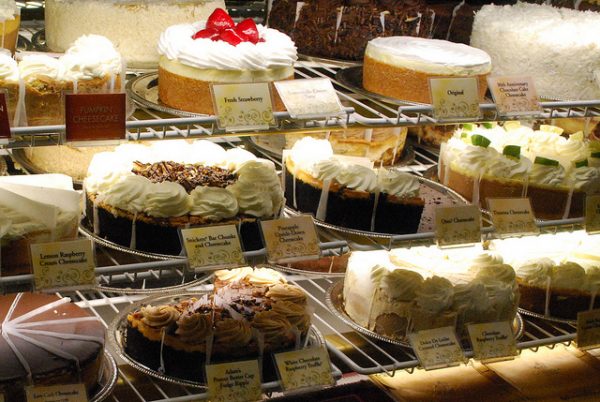 The Cheesecake Factory, famous for both its cheesecake and the 200+ food products it serves that aren’t cheesecake, is currently the subject of a lawsuit. Allegedly, the restaurant has been printing receipts encouraging split-check customers to leave tip percentages based on the entire group’s bill.

According to the lawsuit [PDF], when a table splits the check at the chain, each patron receives a bill for a portion of the meal. This bill offers a suggested tip area with gratuity recommendations based on 15%, 18%, 20% and 22% of the bill.

However, the suit claims that instead of basing these suggested tips on the customer’s share of the bill, the restaurant allegedly bases these suggestions on the table’s total tab.

Or, if you’d prefer to read the lawsuit:

As we know both from previous Billfold articles and from experience, many of us are very happy to tip whatever the receipt or iPad app tells us, even if they’re asking us to tip $1 on a $1.50 donut. (That’s a 67 percent tip.) So if we went to the Cheesecake Factory and got a receipt with suggested tip amounts and percentages, we wouldn’t necessarily check their math—we’d just pay whatever percentage made us feel the most comfortable with our own values.

The lawsuit will probably make this a non-issue pretty quickly, but it’s a good reminder to always pay attention to what kinds of tips restaurants and cafes are “suggesting.” I’m always in favor of servers earning as much as possible, but I’m also in favor of people being aware of what a 20 percent tip actually is, whether you’re tipping on a cup of coffee or a slice of Coffee & Cream Chocolate Supreme cheesecake.

1. We Did Good, Billfold
2. Question Wednesday
3. What I Learned From Five Years of Writing and Editing for The Billfold
4. How a Program Assistant Dealing With a New Paycheck System Does Money
5. Classic Billfold: What I Wanted From My Move to Portland and What I Got
Coffee & Cream chocolate supreme cheesecake includes both cold brew coffee cheesecake and chocolate cakecompanies behaving badlylawsuitsrestaurantstipping