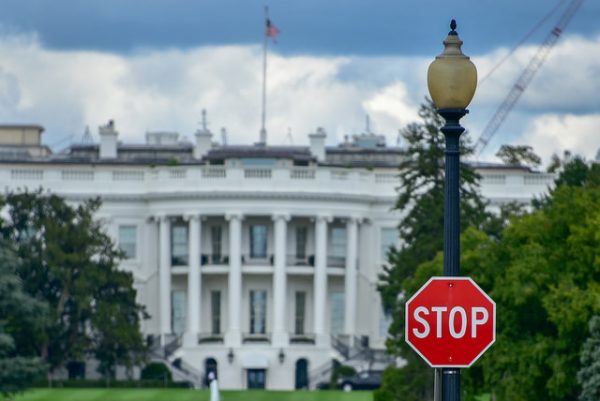 I wish I had better news for you today, but here we go:

Iowa DHS officials are developing contingency plans for the month of March, should the government shutdown continue. Officials with the department declined to comment further on the contingency plans or what they could entail.

Splinter: What Workers Have Lost in the Shutdown, So Far

(This article is also good if you don’t want to use up NYT clicks on the stories it cites.)

Vox: TSA agents were promised a $500 bonus after working unpaid for weeks. They haven’t received it.

On January 11, the TSA announced that it would provide a day’s worth of pay to those who were on duty December 22, the day the shutdown was announced, plus a $500 bonus for working over the holiday season. But as the afternoon of January 16, no employees have received the bonus and some haven’t gotten their full day’s worth of pay. If this money ever arrives, it may help with the collective $438 million worth of mortgage and rent payments unpaid federal employees owe this month, but it still isn’t much.

Vox (again): When I was furloughed, I couldn’t pay for child care. It set off a financial chain reaction.

I came home to our babysitter rocking my two infant sons as they napped inside their Rock ‘n Plays. It had only been two months since we hired her, and I was about to tell her that her new job may have to end, at least temporarily. Although she was not a government employee, the shutdown affected her too — if I wasn’t getting paid, she wasn’t getting paid.

Vox (just read their entire government shutdown series, it’s excellent): I’m furloughed. I’m also disabled. I have to choose between care and keeping the lights on.

I pay out of pocket for PCAs [personal care assistants], as opposed to going through an insurance or care agency, because it allows me to be more in control of who I hire. Now that I am furloughed, I have less money to pay them. On my regular paycheck, I spend more than a third of my income on personal care services. But now that I’m furloughed, I’m forced to prioritize my care based on what I can afford.

This shutdown has led me and many of my peers to face questions such as, “Do I pay for my prescriptions or do I pay my electric bill?” I have an epilepsy disorder, and when I did not have the funds to pay the copay for my medication, my treatment was interrupted for four days because my utility bill automatically withdraws from my bank account. I did not have the immediate funds to pay for both.

The Atlantic: Waiting for a Shutdown to End in Disaster

For a deal to shake loose in this environment, it may require a failure of government so dramatic, so shocking, as to galvanize public outrage and force the two parties back to the negotiating table.

In these interviews, I heard an array of macabre hypotheticals—from airplane crashes to food-safety scares, TSA strikes to terrorist incidents. But the one theme that ran through every conversation was a sense that the current political dynamics won’t change until voters get a lot angrier.

1. We Did Good, Billfold
2. Question Wednesday
3. What I Learned From Five Years of Writing and Editing for The Billfold
4. How a Program Assistant Dealing With a New Paycheck System Does Money
5. Classic Billfold: What I Wanted From My Move to Portland and What I Got
government-shutdownnews rounduppolitics