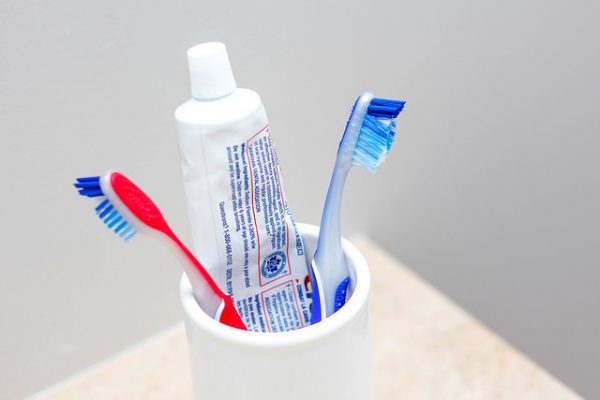 The standard breakup advice goes something like this: cease and desist texting your ex, like, now. Unfollow their Instagram and purge the snuggly snapshots from your photo roll, post haste. The sooner you unsnarl the tangled-up yarn ball of your lives, the sooner you can get on with yours — or so the conventional wisdom goes. Dating columnists certainly wouldn’t advise, for instance, continuing to share a 600-square-foot apartment for several months with the person who’s just dumped you.

But for purely financial reasons, I found myself in just that situation in the spring and summer of 2017, when my ex-boyfriend and I lived together for several months after our relationship “ended.” Now, a year-and-a-half removed from my accidental experiment in post-breakup cohabitation, I can report that, rather than the nightmare it probably sounds like, the experience was financially very helpful and emotionally not so bad.

Let’s call my ex Gabe. I met Gabe in San Diego, where we dated for about a year and a half before packing our belongings into a U-Haul in October 2016 and moving across the country together, into a tiny one-bedroom on the Upper East Side of Manhattan.

Gabe transferred to New York with his job and my work is remote; although the move was drastic in distance, I think we expected our lives to more or less continue as usual, but with a fun new East Coast backdrop. Fewer palm trees, more urban decay, but basically the same.

Still, there were things we hadn’t considered — like the fact that, after spending three years in San Diego, I was wholly unprepared for the brutality of my first winter in New York. The outcome of the election in November was, to put it mildly, not what I had hoped for, and for about a month afterward I walked around with the feeling that someone close to me had just died (America, perhaps?). Given our naiveté and the external circumstances working against us, it’s unsurprising that things started to unravel between Gabe and me that winter.

Neither of us had close friends in the city, and our itty-bitty living space soon caused us to overdose on each other’s company. The outdoorsy things we did together in California, like hiking, camping, and hanging out at the beach — activities which brought us together in the first place and seemed to justify our continued connection — didn’t translate easily to our new home. New York was supposed to be a change of scenery for us, but it ended up being the context which exposed the weak logic underpinning our entire relationship.

We both started spending more time outside of the apartment, establishing separate lives which didn’t intersect. In May, during a difficult but honest conversation, we acknowledged things were bad between us and decided to part ways.

That proved easier said than done. After consulting our lease, we discovered the cost of breaking it would be two months’ rent ($2,200 x 2) and forfeiture of our $2,200 security deposit. In addition, we would each need to come up with rent (possibly two months’ worth, depending on where we landed) and a deposit on separate apartments. In total, we calculated that if we wanted to bail immediately, we would each need to fork out about $6,000.

I would say we weighed our options carefully, but I don’t think we even considered spending the money. As annoyed as Gabe and I were with each other, neither of us had a spare six thousand dollars lying around in case of romantic dissatisfaction. Neither of us could comfortably afford the full $2,200 rent on our current place, and since it was a one-bedroom, replacing one half of our fractured couple with a new roommate wasn’t possible. With no good choices available, we chose to stick out our awkward arrangement until the lease ended in September.

With varied success, Gabe and I tried to negotiate new co-living boundaries. We started coming and going without greetings or goodbyes. He occasionally spent the night on the couch, but most of the time we continued sharing a bed. At times we were all business, at others we behaved as if the breakup hadn’t happened at all. The new reality settled over us in waves, and “getting over it” felt like a team effort rather than a sad solo mission.

I went home to Kansas City for the month of July (remote work, you are a treasure) and, after basking in the comfort of old friends and perusing $700 rentals on Craigslist, considered staying. In the end I returned to New York because I’ve always loved the city and didn’t want my time here to begin and end with a relationship.

While Gabe and I were both technically free to begin seeing other people, the apartment was off-limits to new dates, and that obstacle seemed to keep us both in a loosely enforced state of romantic purgatory. In other words, I had to actually deal with our split, rather than moving on way too fast in an effort to outrun the emotional fallout. Since I have a history of opting for the latter, this was probably good for me.

In all the obvious ways, living with an ex while the break-up is still fresh can be tricky. We occasionally re-hashed old arguments or attempted to place blame for the breakup on the other. There were a few slammed doors, and I don’t want to minimize that reality. But it’s also true that our post-breakup co-existence was mostly peaceful, as we worked together toward one final common goal: saving up the money to move out and on with our lives.

To that end, we not only did the normal roommate cost sharing of splitting rent, gas and electric, but continued to reap uniquely couple-y savings, like sharing groceries and doing our laundry together. Buying household items like dish soap and toilet paper became less of a casual give-and-take and more of a tit-for-tat, but overall, we cooperated better than the average roommate pair in those four months.

When Gwyneth Paltrow and Chris Martin described their divorce as a “conscious uncoupling,” no one rolled their eyes harder than me. But now that I’ve undergone my own incremental breakup for purely financial reasons, I can see the value. In the inevitable moments of uncertainty, when I was questioning why we were breaking up at all, Gabe was there to remind me, either through calm reassurance or irritating behavior. I did the same for him once or twice.

Anyone who’s been there knows there’s something seriously disruptive and potentially devastating about severing an important connection all at once. Often, maybe most of the time, the conventional wisdom holds and a speedy relationship death is in fact best. But in certain cases, when two lives are tangled up in complicated ways which involve not only shared time and experience, but thousands of dollars and legally-binding contracts, a gradual step-down and an ongoing conversation can leave both parties on more solid footing. For me, I can say that by the time I moved into my new place in September, with roommates I was not dating, I was in pretty sturdy shape. As was my savings account.

Alex Williamson is a writer and editor living in Brooklyn. She writes regularly for the news site BK Reader. Find her on Twitter @WalexandraM.

1. We Did Good, Billfold
2. Question Wednesday
3. What I Learned From Five Years of Writing and Editing for The Billfold
4. How a Program Assistant Dealing With a New Paycheck System Does Money
5. Classic Billfold: What I Wanted From My Move to Portland and What I Got
breakupsleasesrelationshipsrenting