Throwback Thursday: How Wizards Do Money: The Weird Sisters 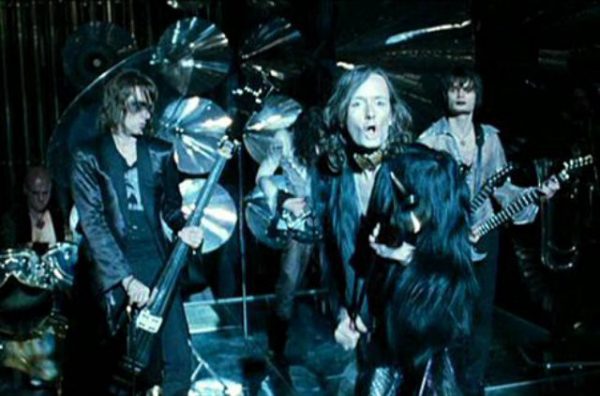 This piece originally ran on October 2, 2014. If you want to read the entire How Wizards Do Money series, here you go.

“They don’t want us to play the Yule Ball this year,” Myron Wagtail (lead singer) told the band.

It wasn’t quite a surprise, but it was a blow; The Weird Sisters had been part of the Hogwarts Yule Ball for not quite two decades, ever since they played their first gig as sixth-year students. They moved from the opening band into the headlining space, and then moved out of it, getting pushed further and further down the lineup until they were the band playing as everybody went home.

Donaghan Tremlett (bass) shrugged and continued to poke at his iPhone, no doubt texting his wife about their grotty sprog or some nonsense. “Getting a bit old for it, eh?”

“Well, we’ve got to book ourselves another gig,” Myron said, “because the band needs money.”

“I still think we should try to book the Fringe,” Gideon Crumb (bagpipes) piped up, but Myron had stopped paying attention to Gideon long ago, fecking squib, only in the band because bagpipe players were extraordinarily hard to come by. And Kirley McCormack (lead guitar, songwriter) had insisted on bagpipes, because of his vision.

Well, Kirley wasn’t even there anymore. He’d left the band a decade earlier, with a new vision. He worked for the Ministry now, doing cultural initiatives. His voice came over the radio every Saturday. He had a house and a husband and fecking corgis and never invited Myron over.

“Look, if it comes to money  —  ” Merton Graves (cello) didn’t even get a chance to complete his sentence. Myron was tired of Merton offering to pay for the band, volunteering to give up his cut of the take, all the simpering disgusting ways in which Merton advertised how much better he was than the rest of them. It wasn’t as if Merton were rich, either; he taught cello to poor Wizard kids and rich Muggle ones, and played a lot of weddings. He lived in a tiny room above an antique shop and was always volunteering to help people out. If there’s anything Myron hated, it was a do-gooder.

“He’s right,” Donaghan agreed, still looking only at his phone. “We’re not getting a lot of gigs this year.”

“We could go to America and tour the renaissance faires!” Herman Wintringham (lute) piped up.

“They’d think we were authentic!” Herman kept talking, but only Gideon caught his eye and smiled.

Myron was pacing the small garage with his trademark slouch, the one that had captivated crowds of teenage girls and boys until he grew old enough that they stopped looking. The other day he had been in a bar and a woman told him how excited she was to introduce her kids to their records. “My Wyclef just loves to bounce around to “Do The Hippogriff!” she said.

That song’s about sex, Myron wanted to spit back at her. It wasn’t, not really  —  Kirley had written it when he was 15, when the closest any of them could get to sex was dancing as fast as possible  —  but he wanted to poison the image of some kid in a bouncy chair making spit bubbles to the sound of his sole claim to a legacy.

Donaghan stood up. “Well, I’ve got to go,” he said. “Bedtime routine.”

“I’ve got work in the morning.” Gideon stood up, clearly relieved that someone else had initiated the goodbyes. “I’ll get the Fringe application, if you’d like.”

Donaghan sighed. “You know I can’t just take a month off to do the Fringe,” he said. “Or to dress up and do renaissance faires  —  sorry, Herman.”

As he passed by Myron, he said very quietly “we should talk,” and Myron knew it would be the same conversation he had with Heathcote Barbary (rhythm guitar) last year, and he’d have to put out ads for a new bass player.

Once the garage was empty  —  and Myron noted, after the fact, that Orsino Thruston (drums) hadn’t even shown up  —  Myron locked up as usual and began his slow walk home.

By the time he got back to his flat, he told himself, he’d know what to do about the band.

1. We Did Good, Billfold
2. Question Wednesday
3. What I Learned From Five Years of Writing and Editing for The Billfold
4. How a Program Assistant Dealing With a New Paycheck System Does Money
5. Classic Billfold: What I Wanted From My Move to Portland and What I Got
booksfanfictionfictionthrowback thursday