The Costs of Home, “Home,” and Hawaii for the Holidays 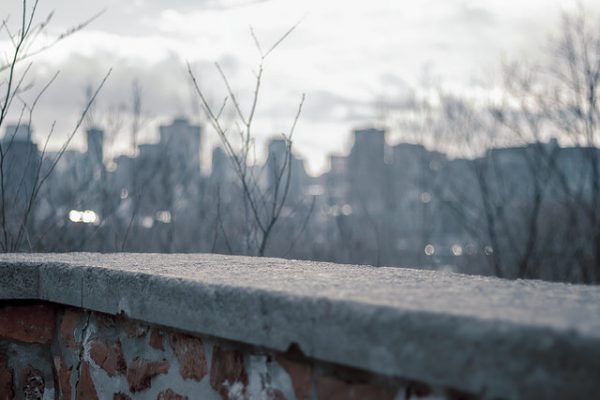 Four years ago, I moved from Vancouver to Montreal. I knew I’d make less money in Montreal, but it was still a no-brainer — moving in with my partner in Montreal meant cutting my cost of living by more than half.

There are, however, new costs involved with living across the country from my family — and they all seem to crop up in December. Figuring out what to do about the holidays has become a recurring project over the last few years. Finding work in my fields in a predominantly francophone city has been harder than I thought, forcing my trial-by-fire into the freelancing world, and financial considerations weigh against sentimental concerns as my partner and I make our holiday plans.

I enjoy solitude, but since my mom’s been sick, my parents are getting older, and my enthusiastic in-laws have spent most of the last calendar year convincing me to join them, I really felt drawn in three directions… until I calculated how much each trip might cost.

Option A: “Home” for the Holidays

Especially as their only child, I feel the pull to spend more time with my retiree parents as they get older. They live modestly in a small town in the BC interior, but in light of my recent career change, they have kindly offered to cover the cost of flights to enable me to spend the holidays at “home.”

In previous years, I’ve flown into Vancouver and taken an eight-hour Greyhound ride to travel the 300 miles to my hometown (about $110 round-trip, CAD). This year, the Greyhound service in British Columbia was permanently shut down. My dad is at an age where he’s no longer comfortable driving long distances in winter, my mom hasn’t driven in years, and there are no passenger train services that pass through my hometown, so my options are pretty much rideshares and rentals.

I did a quick search for rideshares from any location to my hometown on three different apps, but the closest city any of them could come up with as a terminus station was still 40 miles away from my hometown. That meant I would need to rent a car.

I ran the numbers on all three — air travel time, road travel time, and cost — to see what the best way was to get where I needed to go.

The first thing to consider — the biggest expense — was air travel. I wanted to cost my parents as little as possible, since I know this amount is a stretch for them too. I selected a week in the middle of December to avoid air travel on weekends and around Christmas. This was partly to minimize airfare costs and partly for other scheduling reasons; I would be able to get home before my partner left for his holidays, saving us the need to hire a catsitter. I also wanted to spend no more than eight hours in the air inbound to give myself enough waking hours to get to my parents’ house by car, since I can’t sleep on planes and sedatives hit me too hard to drive right after.

The cost difference between Vancouver and Calgary is slight, while the connecting flight into the interior predictably costs more. However, landing in Interior airport would cut a number of hours off my driving time, which would also save me in gas.

Next, I calculated car rental costs from each city for seven days.

The difference for the rental from the Interior airport was surprising! It might have something to do with the sheer traffic of rentals; presumably bigger cities can afford to charge less because a larger number of people want to rent cars. The company might also be capitalizing on the market share now that the Greyhound system no longer exists. Anyone who flies into the Interior airport and doesn’t have someone to drive them around will need to rent a car.

So far, the Interior option was looking far and away the most expensive — but there were other factors to consider. Even though Calgary was the cheapest option (so far $805) and involved the least amount of travel time overall (10.5 hours each way), it also entailed the most driving time — which, apart from how terrible the roads tended to be in the winter, also meant the most consumed fuel. A quick and dirty calculation of fuel costs (let’s say 9L/100km at $1.40/L) broke things down very differently.

Subtotal 3: Fuel costs (paid by me, CAD), round trip

While airfare and car rentals cost more from Interior airport, it would save me in driving time and fuel costs.

With all three factors taken together, here’s the cost of getting to my hometown from each port in both time and money:

The benefits of the Interior route weren’t enough to make it worthwhile. Ultimately, there wasn’t enough of a difference in either time or money to dissuade me from using Vancouver as my port of contact. I knew the roads and the resources, could count on at least 3 hours of snowless driving, and it saved me dealing with the winter conditions of the Rocky Mountains.

No matter which airport I chose, I would also have a couple of additional incidental costs of travel:

Even with the things that made visiting my parents more viable, it was still going to cost a thousand dollars between us to get me “home.” It would also cost me just shy of a month’s rent out-of-pocket to make it happen — which was triple what it would have cost me if the buses still ran.

In contrast to my family’s humble traditions, my partner’s family is very holiday-enthusiastic. This year, they very generously offered to include me in their existing plans to go to Hawaii, including paying for my flights there from Vancouver ($918 round-trip for the dates in question), accommodations (I didn’t ask the rate, but I’ll estimate a rate of approximately $100 per day for a room split with my partner and his sister), and food ($500, conservatively) over the course of a week. Even not counting the room (which would cost no differently whether I was there or not), I estimate I would cost them $1,500 before the additional per-person cost of activities like surfing.

It’s possible class guilt is playing a role in my turning this option down, but it’s also just plain impractical for my financial situation, even with so much of the cost covered. I’d need to get from Montreal and Vancouver on my own, and the flight costs are much higher over these dates than they were ten days earlier ($790 round trip). The reason a Montreal-to-Hawaii direct flight wasn’t floated was because my partner is spending time in Vancouver beforehand, and his parents presumed I would want to come with him. If I did fly directly from Montreal, it would cost $1,499 and I would cover the $582 difference.

I also have the same incidental costs for luggage and shuttle buses as in Option A ($74). Since I’m Canadian, using my phone in the U.S. would cost above and beyond my usual phone bill — something I’d budget $20 for just in case. Finally, with both of us gone, my partner and I would have to split the cost of a catsitter. Our cat has epilepsy, which means we pay $20/day for twice-daily visits to medicate him. Assuming I’d be gone for a minimum of 8 days, that would be an additional cost of $160 plus tip—$90 for my share.

Not only can I not afford it, but I also find such high expectations intensely stressful. The last thing I want is to be bankrolled into an experience I may not enjoy. Even if my airfare was covered in full, reducing my expenses to a cool $184 — which my partner did offer; as he is a student, I soundly declined — I’m worried I’d spend the whole time performing a role instead of genuinely enjoying the company and time.

Last year, while spending the holidays on my own, Montreal was hit with a massive snow storm. It was just me, my epileptic cat, and a small bottle of whiskey as it all came down. All the shops were closed; the city was still. Just before dark, I took a long walk in the storm.

It’s the cheapest but loveliest option by far, and I look forward to doing the same thing this year.

It seems disingenuous to pretend it won’t cost me anything. I’ll spend my usual weekly grocery budget ($35, with tax), splurge on that small bottle of whiskey ($18), and probably take myself to a movie on a Tuesday ($8). Peace means different things to different people, and it’s taken a lot of work to convince both families that I’m not being deprived. But not breaking the bank or ruining myself with stress are two of the gladdest tidings I can think to offer myself — which seems just in the spirit of the season to me.

Matilda Donovan is a freelance editor of academics and fiction, writer of self-published romance novels, and cat enthusiast.

1. We Did Good, Billfold
2. Question Wednesday
3. What I Learned From Five Years of Writing and Editing for The Billfold
4. How a Program Assistant Dealing With a New Paycheck System Does Money
5. Classic Billfold: What I Wanted From My Move to Portland and What I Got
familyholidaysthe-cost-of-thingstravel