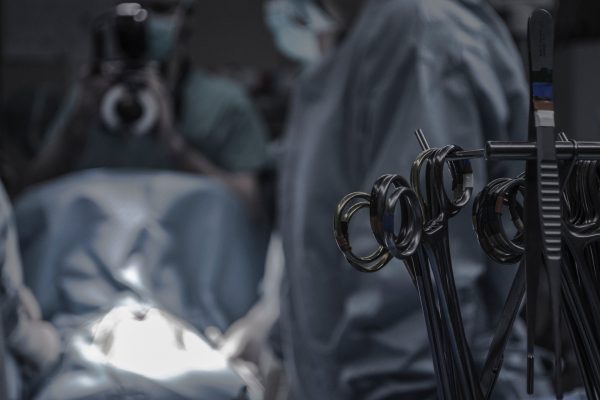 Winter is a very popular time for celebrations, but I have a particular date of note in December. On the 16th of December, 2004, I did not die. To most people this is something to take for granted, but for me it’s precious. As the run-up towards Christmas becomes irresistible and unavoidable, as ads fill with seasonal flavor, and the first plays of Christmas songs begin to touch radios and playlists, my mind is fixed on the 16th. The day I got hit by a van and had to fight for my life, no small deal for a 12-year-old. I missed Christmas. Pretty sure everyone I know had a very muted celebration that year. Which is sad, but at least the story ended well. I celebrate that day as my “Vanniversary.” The day on which I am thankful for my family, thankful for life, and thankful beyond compare for the NHS.

For you see, this happened to me on the way home from school, in the small Scottish village of Kirkliston. The ambulance arrived on the scene, the police came along to expedite my way to the A&E (ER to Americans), they ascertained I was a child, and they got me to the best children’s hospital in Scotland, the Royal Hospital for Sick Children in Edinburgh. There I was given world-beating care to ensure my broken leg was fixed, with an elaborate metal structure called an external fixator (do not Google that if you’re squeamish, it involves metal pins piercing the bone). My leg began swelling uncontrollably, a condition that rarely affects children, and requires an immediate operation to open the muscle to relieve the pressure. It’s called a fasciotomy and, like the above, I do not recommend the squeamish look at it through image search. I got a bolt in the brain, again to release pressure. I was sedated heavily to keep me under control through all the surgeries and slipped into a coma, requiring round-the-clock care and assistance to take care of my most basic needs. This must have cost tens of thousands of pounds.

It cost my family and me nothing.

Bear in mind everyone in the family pays tax and National Insurance payments, money deducted from your wage for healthcare and employment insurance. International tax comparisons are extremely complex because tax codes are already hard enough, but the U.K. and U.S. have broadly similar tax rates in percentage terms. Still, when I was receiving care, the only real financial effect to my family was hospital parking fees and lost earnings for my mum who stood by my bedside all those months.

So I got interested: how much would this accident have cost in the U.S.? My wife’s American, all my in-laws are American. How much more worried should I be if something bad happens to them?

It turns out, it’s very hard to tell what costs they might incur. A broken leg would be covered by insurance in most cases, though anyone with insurance experience will know that insurers never want to pay anything if they can find an excuse. Uninsured, a complicated leg injury can cost tens of thousands of dollars — and that’s before you add a fasciotomy, which averages $9,470 in the U.S. I cannot confirm the price of a bolt in the brain, but I’d like to imagine a delicate piece of equipment like that would be expensive. After all, it’s going in a very important place. In the U.S., even if you had insurance, this type of accident could get you tens of thousands of dollars in debt even if you were insured.

It’s important to remember that my surgeries were one of the least expensive parts of the process of recovery. I had tens of doctors and surgeons ensuring I was on the mend, and wards full of nurses ensuring I was well-looked-after. I was in hospital for four months, the bed cost per day must have been sky-high. I saw physiotherapists, occupational health therapists, and speech and language therapists (for several days after I woke up I could not speak). My medical records were as thick as a Yellow Pages. I was raised from near dead, taken care of, educated, and rebuilt, at a cost of £0 ($0) to me or my family. No debt, just a lot of gratitude. I will never complain about taxes.

I was not some amazing kid for surviving. I’m lucky I was born in a country with a National Healthcare Service. I want to send out my heart to all those who are suffering this festive season because of some unanticipated crisis. I want as well for Americans to think about the system you have and what would happen to you if some unpredictable disaster happened. Regardless of how well-covered you are by insurance, some emergencies are so major that they would leave a severe dent not only in your long-term health, but also in your long-term financial security. Is it fair that such enormous sums are expected for an accident that was nobody’s fault? I do not personally have an answer for what would fix the American system; there are various public healthcare options to explore. I just know that if I were American and had suffered the same accident, my recovery would have indebted by family by tens of thousands of dollars. It would have ruined Christmas that much more, in a way far more devastating than the Grinch could ever conceive. I would not have had the chance to make the incredible recovery I made, a true Christmas miracle.

This December 16th, I will be celebrating Christmas dinner with my family. I will think briefly about how short life can be, and how fortunate I am to be here, but mostly I will celebrate being alive for another Vanniversary. I will toast with gratitude those who visited me in hospital and kept me rooted in the real world. I will remember the pain and difficulty my family faced on my behalf. I will spare a thought for those who are suffering. Then I will raise a glass to the system without which I would not be here — public healthcare.

This will be the best Vanniversary yet.

Fraser Medvedik-Horn is a Scottish writer with an American wife, who set himself a New Year’s Resolution to get published and took his sweet time. He enjoys being alive and is currently writing a book about the effect of this major accident on his life. Read his blog or find him on Twitter at @setfrasers2stun.

Photo by Piron Guillaume on Unsplash.

1. We Did Good, Billfold
2. Question Wednesday
3. What I Learned From Five Years of Writing and Editing for The Billfold
4. How a Program Assistant Dealing With a New Paycheck System Does Money
5. Classic Billfold: What I Wanted From My Move to Portland and What I Got
anniversarieshealthcareholidays