The Billfold
A Lannister Always Pays His Debts

A Song of Debts and Assets: The Financial Status of the Characters in Game of Thrones 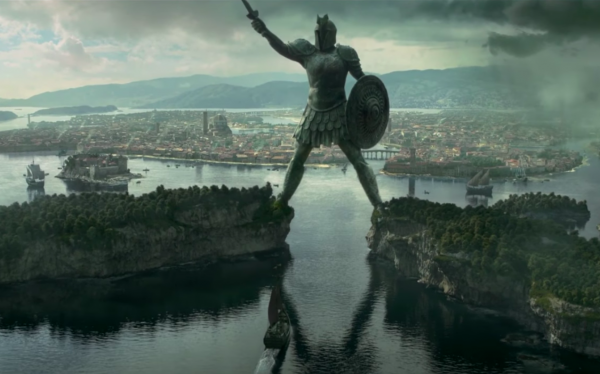 Jon Snow is paying off a Ford Focus, slowly, and pays his credit cards in full every month. Unfortunately, he’s also dealing with the IRS about a ton of estate and gift tax he owes because even after inheriting the Watch and the North he tried to do his own taxes again and didn’t even use software; he wrote out his return on paper.

Davos Seaworth is a mild doomsday prepper: he has a bug-out bag with a lot of cash in it. His life insurance premiums are kind of high but he pays them and the various beneficiaries have been informed of the policies.

Samwell Tarly has six figures of student loan debt that he’s really hoping to have paid off through PSLF. He put $500 into a promising-looking startup, and talks about bitcoin way more than Gilly would like.

Gilly is a champion couponer. She considered going to school to get a degree (and Sam was very supportive) but she wasn’t sure what she’d study and didn’t want to get a degree just to say she had one. She makes and sells adorable soaps on Etsy.

Arya Stark reluctantly got a debit card at a local credit union, but prefers to pay in cash always. If she needs to shop online, she buys a prepaid Visa and uses that. She spends significant time on FIRE discussion threads.

Sansa Stark matches her employer’s contribution to her 401(k) and has about four months’ expenses in an emergency fund (but her goal is eight months). She’s sat through three pitches for multi-level marketing companies because she accepted an old friend’s offer to get coffee and catch up, but has never even come close to signing up.

Bran Stark has fifty grand invested in a legalized marijuana sales company. He is a vocal advocate for a single-payer healthcare on Facebook but uses his tumblr account (username three_eyed_brazen) to talk about tiny-house living.

Rickon Stark had a disastrous lack of diversity in his financial portfolio and his running style. (I am so sorry for this joke.)

Cersei Lannister has like, six store credit cards that are all maxed out and have an average interest rate of 23.99 percent. The highest balances are on the Nordstrom card and, surprisingly, Home Depot. She’s been advised to cancel her StitchFix subscription but refuses.

Jaime Lannister has a modest but valuable collection of baseball cards that could cover his retirement and more but he will never sell them. Especially not the Sandy Koufax ones. He has an accountant and two financial advisors, and he insists on email-only communication from them.

Brienne of Tarth teaches fitness classes as her side hustle; her classes are always full but she hasn’t received a raise in three years and she’s too nervous to ask. She’s loaned nearly every member of her family money at some point even though no one’s ever paid her back.

Tyrion Lannister owes money to a bookie, but he also owns four different sports cars and if he sold one he’d be able to pay back the bookie but he refuses. He does this partially out of spite for his family’s unofficial words but also because he likes the thrill of being in danger. He buys very expensive women’s jewelry about once a year and gives it to no one.

Olenna Tyrell’s will left half of her fortune to a network of women’s shelters and the other half to an engineering school in the form of scholarships for female chemistry majors.

Gendry Waters has small amounts in a variety of one-, three- and five-year CDs. He’s downloaded five different rebate apps to his phone and schedules a weekly receipt download. He does minor tech support on the side.

Daenerys Targaryen is the landlord for both commercial and residential income-producing properties, and she picked her one credit card because it had the best travel benefits. She carries a balance on it, and that balance is mostly from charges at the vet and at Costco.

Jorah Mormont is paying a ridiculously high premium for his health insurance but feels like he deserves to. He is on email subscription lists for about a dozen cruise lines and all-inclusive hotel chains and has those emails delivered to his Primary inbox in gmail rather than Promotions. His cellphone bill is tiny because he still owns a flip phone.

Lord Varys is very skilled in finding and opening credit cards offering no-interest balance transfers. He tutors for the ACT and SAT as his side hustle, and he’s an exceptionally good seller on ThredUp.

Christina was born and raised in New York and currently lives in a Philadelphia suburb with her husband and dog. You’ll frequently find her having intense emotions about fiction, talking about mental health and the legal profession, and putting her dog’s name into song lyrics.

1. We Did Good, Billfold
2. Question Wednesday
3. What I Learned From Five Years of Writing and Editing for The Billfold
4. How a Program Assistant Dealing With a New Paycheck System Does Money
5. Classic Billfold: What I Wanted From My Move to Portland and What I Got
game of thrones but in modern timesgame-of-throneshumortelevision