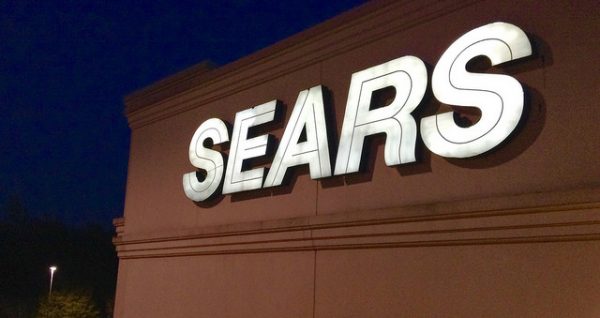 We’ll start with the Planet Money Indicator podcast “Tears for Sears,” which explains not only Sears’ recent decision to file for bankruptcy but also how Sears invented the “drive-to store.”

JOSH BARRO: What they’d been doing in the catalog, they were then able to do in brick-and-mortar in a way that we take for granted now. But it was very novel at the time when Sears was building these department stores.

Before the Sears department store, people primarily did their shopping via small general store or large mail-order catalog, so you’ll want to follow that Indicator podcast with the Washington Post’s look at how the Sears catalog “subverted the racial hierarchy of Jim Crow.” Being able to order a product through the mail, instead of having to interact with racist shopkeepers and staff, was a game-changer:

Notably, [Sears] made an effort to accommodate customers who were barely literate, enacting a policy that the company would fill any order it received regardless of the format.

You could even buy homes through the Sears catalog, and 99 Percent Invisible’s The House That Came In the Mail is a fascinating look at how Sears mail-order homes worked, who bought them, and where they are today.

ROMAN MARS: All you had to do was select your preferred model from the catalog, fill out the provided form, send in a check, and a few weeks later everything you needed would arrive in a train car. It’s door secured with a small red wax seal; just like the seal on the back of a letter to the King or something. It was to be broken only by you.

Lastly, reassure yourself that no good retailer is gone forever by reading Inc’s Toys ‘R’ Us Came Back From the Dead Yesterday. Here’s the Surprising Story.

This might be the first time in history that public opinion is firmly on the side of a bunch of hedge funds.

Hooray for Toys ‘R’ Us! Millennials didn’t kill you!

1. We Did Good, Billfold
2. Question Wednesday
3. What I Learned From Five Years of Writing and Editing for The Billfold
4. How a Program Assistant Dealing With a New Paycheck System Does Money
5. Classic Billfold: What I Wanted From My Move to Portland and What I Got
fun fact: toys r us was founded by a man named charles lazarusnews roundupretailsearstoys r us