The Billfold
I Don't Wanna Grow Up

Add Toys “R” Us to the List of Things Millennials Killed 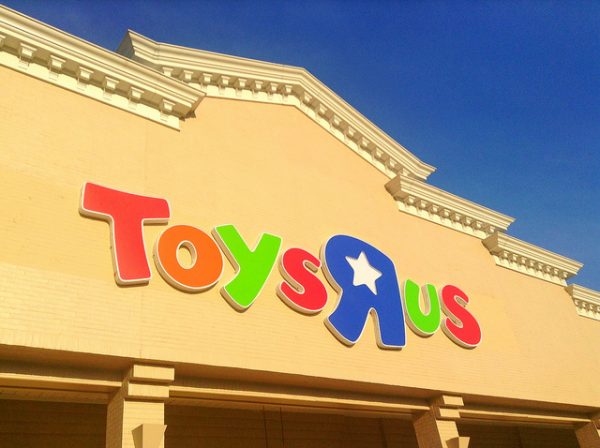 Toys “R” Us is closing roughly 180 stores in an attempt to get out of bankruptcy, and according to The Atlantic, we can once again blame Millennials:

Last year, The Wall Street Journal reported that with Millennials watching far less cable television than they used to, young parents and their children simply aren’t seeing the commercials that toy makers rely on to market new products. As a result, much of Toys “R” Us’s merchandise is doubly cursed—kids can’t play with it on their screens, and parents won’t find out about it on their screens.

Also, Millennials are working so hard at our multiple jobs that we don’t have time to go to actual stores anymore — and once again, this is our fault, not anyone else’s.

To be fair, Toys “R” Us does offer online shopping — so I went to the site to check it out. The most popular toy categories are LEGO, Power Wheels, and “toddler & preschool learning toys,” which all sound like toys that kids (or their parents) have heard of even if they don’t watch cable television anymore.

I went to the Toys “R” Us LEGO subcategory and found pretty much exactly what I expected: Ninjago, Star Wars, LEGO Friends, etc. The Atlantic wrote “maybe kids don’t even know which toys are out there,” but… trust me, kids are familiar with Star Wars LEGO.

Their parents, meanwhile, are familiar with buying cheap stuff on Amazon, so I did some price comparisons. Interestingly, the Amazon versions of the LEGO sets were significantly more expensive than the Toys “R” Us ones — and yes, Toys “R” Us offers free shipping on orders over $29, so it’s not like we’re comparing apples to oranges.

So if parents aren’t buying directly from Toys “R” Us, it isn’t because they haven’t heard of the miraculous original toys the retailer is selling, and it isn’t because they can get toys for a lower price at Amazon. It could be convenience; they already have all of their credit card and address information loaded into Amazon, they can tell Alexa to make the purchase, etc. etc. etc.

Or it could be that when people think about toy shopping, they don’t think about Toys “R” Us anymore. They think “I need to buy a Star Wars LEGO set,” and they go to either Amazon or the LEGO Shop. I don’t have children, but I do have a nephew, and that’s pretty much what I think when I’m shopping for him. What about you?

1. We Did Good, Billfold
2. Question Wednesday
3. What I Learned From Five Years of Writing and Editing for The Billfold
4. How a Program Assistant Dealing With a New Paycheck System Does Money
5. Classic Billfold: What I Wanted From My Move to Portland and What I Got
retailshoppingwhy are we saying millennials killed toys r us when amazon is equally to blame