The Hidden Costs of Germophobia 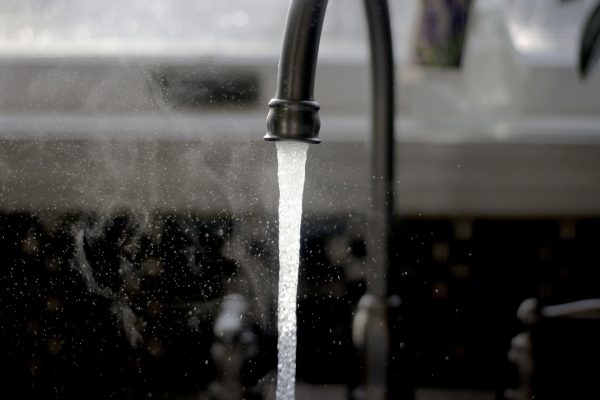 Photo by Imani on Unsplash.

According to my therapist, I have mysophobia (colloquially termed “germophobia”) which is, thankfully, under control for the most part. I’m hyper-aware of the fact that my fingers touch the elevator button and then accidentally touch my face. Or the fact that I accidentally sit on my bed with the same jeans I’ve worn on the train. These aren’t problems for a lot of people, but for me, they mean I have to change my bedding, or wash my face and re-apply my makeup.

If I drop a washed spoon in the sink, no matter how “clean” the sink is, I have to wash it again. If I’ve washed dish towels in the washing machine, I have to give the washing machine an empty cycle with disinfectant. I can’t go to bed without showering most nights, because if I do, I’m acutely aware of the fact my head touched the backrest of a taxi, and that same hair would be touching my pillow. I have a wardrobe for my “worn once” clothes, which are clean enough that they don’t need a wash or a dry clean yet (like coats and blazers), but can’t go into the clean wardrobe because they’d taint everything else.

It’s an exhausting way to live — and it’s not a cheap one, either.

I work from an office six days a week and still manage to run through several bottles of soap and sanitizer each month. I can’t touch food knowing I’ve been working on my laptop, because keyboards are cesspools of dirt. I almost never eat office birthday cakes, since I can’t help but think of the saliva that flies out when people blow out candles, so when there’s an office birthday party and I feel like cake, I compensate by treating myself to a brownie from the bakery down the street. And that’s where it — all the money — goes: the compensation. The preparation. The prevention.

I don’t know many people who carry Clorox wipes on business trips to sanitize things like remote controls. Or people who would sooner get a second portion of soup than offend the party who asked to use their spoon to taste ours. Or skip the soup entirely after that. I doubt there are too many of us around.

I know I have a problem, and that some “germs” are essential for immunity building. I also know that there are days I can push through the problem, forcefully, really, just to stay within the healthy threshold of so-called “normal life.” I can sleep in bed with unwashed hair, it’s just not restful sleep. I constantly wrestle with wanting to reduce my water usage and needing to change my sheets every Tuesday or wash my jeans every time I wear them on the train.

These are the sorts of things – emotional ones, mainly — which you can’t put a label on. I live alone in a 300 sq. ft. studio apartment, and spend a good portion of my grocery bills on cleaning supplies. When I initially moved into my fully-furnished apartment, I changed the toilet seat and the mattress. I change my dish sponge once a month, and my microfiber countertop mops once a fortnight. (I feel guilty for tossing them out, so I toss them in the wash and use them as bathroom cleaners before doing a final toss a few weeks later.) I mentioned the weekly sheet change, but what I left out was the monthly pillow wash. Or the daily smartphone sanitizing.

I don’t know how much I spend on laundry, dry cleaning, washing, sanitizing because it’s second nature to me. As far as I’m concerned, there is no other choice. I can tell you that my Amazon wishlist consists of close to $1,200 worth of cleaning supplies, the most of which is the Dyson V-10, which is nearly $700, and the least of which is two 100-pack of microfiber cloths. Or the $200 dollars a week I used to spend on therapy which I attended not to treat my mysophobia, but since it happened to come up one session, low-and-behold I suddenly became the titular character on Monk. (Which is to say, my fear of germs is rooted in something deeper.)

I can budget for these costs, though. They’re manageable. It’s the unexpected things that really take it out of me. For me, being “blessed by a bird” on the day of a pitch doesn’t mean just changing into my spare shirt. I’d feel gross. Instead, I book it home, splurging on an UberX ride instead of the more time-consuming Uber Pool, showering, washing my hair because I can’t not be an equal level of clean all over, reapplying my makeup, and rushing back.

Admittedly, when I sat down to actually write this post, I was hesitant. I’ve exposed a lot of myself in my writing, but this is something I’m less open with. Even with friends, family, exes — they know I have some issues with germs and hygiene, but they’ve no idea to what extent. I think that’s partly because I don’t let on how much certain things irk me, and partly because I wait to do things like re-wash dishes washed by them until the coast is clear.

Before I tried my hand at writing, I was headed into a career in geology. As an undergraduate, I’d take several field trips each semester, most of which involved camping in the outdoors and, generally, being okay with things not being entirely “clean.” So much so, that when I’d return from field trips, the basic cleanliness expected by society actually took some getting used to. I know I can unlearn my quirks in the right circumstances, but I also know that, for now, this is something imperative to who I am and I just have to bear the costs until I put in the mental effort to change.

Akanksha Singh is a writer, editor, and culture junkie.

1. We Did Good, Billfold
2. Question Wednesday
3. What I Learned From Five Years of Writing and Editing for The Billfold
4. How a Program Assistant Dealing With a New Paycheck System Does Money
5. Classic Billfold: What I Wanted From My Move to Portland and What I Got
germophobiahealthmental-healthmysophobia