A Doing Money Update From the Assistant Professor in Memphis 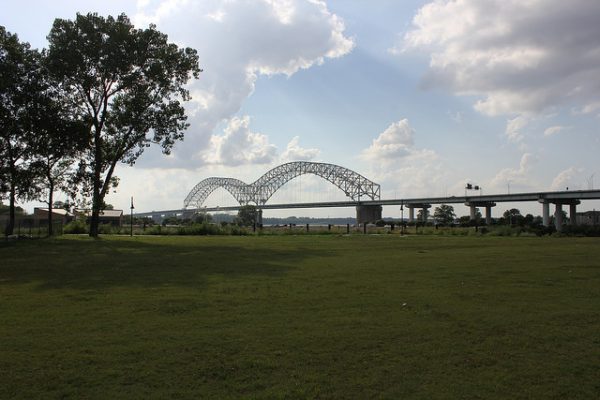 Melissa is a 36-year-old assistant professor in Memphis. This is an update to her 2017 Doing Money interview.

So, Melissa, how has your income changed in the past year?

So, it’s less that my income has changed, and more that I’ve had to do a lot of different things with my money in the last year, basically none of which I expected when we did the last interview.

My salary is more or less the same, though I go up for tenure at the end of this school year, hooray! I also I met with both my chair and my dean (so, boss and boss’ boss) over the summer to negotiate a merit pay increase, although that information won’t be revealed until “mid-September.” So, theoretically any day now! Cross your fingers for me!

My chair agreed that if there was merit pay to distribute, I should get some, but it’s up to the dean to decide if that’s what will happen, so… she seemed mostly supportive? Anyway, I was proud of myself for having those conversations, if nothing else. Negotiations are nervewracking!

For sure. Last year you also mentioned some side hustles; are those still part of your income?

Yes. I taught a summer class again, and I did some consulting for the same clients, so somewhere in the neighborhood of $7,000 (gross, not net). I had that money earmarked for a lot of different things, and those earmarks changed about a dozen times.

On that note, let’s get into how your spending has changed over the past year! What happened?

So much! When we talked a year ago, I was single and renting and mostly happy for it, except then I met someone in November, and he is awesome. 🙂 He has since moved in and we got engaged last month!

Plus my mom showed up for Thanksgiving last year and convinced me to buy a house, which was partially because my parents had sold a property, and in order to avoid some tax stuff that I don’t really understand or never got all of the details of, they had $50,000 they wanted to put into buying another property. I’m the only child who did not own a home at that point, so they offered it to me, essentially as a gift/front on my inheritance.

Also, once my now-fiancé moved in, we bought all-new bedroom furniture and some fabulous art for the house.

Plus I had emergency gallbladder surgery in June and medical bills, even with great insurance, are no joke.

Plus my fiancé turned 40 last month, and I love birthdays, so I took him to New Orleans for a long weekend to celebrate. He is already on notice for planning something similarly awesome for me in four years. 🙂

Do you have a sense of how, for example, your current savings balance changed between this time last year and now? Is it roughly the same? Significantly lower? Higher?

So last year, I was so excited about hitting $10K in my savings! I had all of these plans for growing that account, and doing a Roth, and all of that, and instead… I currently have $9K in my savings, and am really proud that it hasn’t dipped any further than that.

What about budgeting? How does your fiancé feel about your 30+ YNAB categories? Is he also a budgeter

Hahaha he is slowly coming around to the budgeting side of things! The first time I told him about pro-rating annual bills, you could see the lightbulb go on over his head, it was pretty great. 🙂

I think once we get married and combine money — still hashing out the details there, but I intend to push pretty hard for a YNAB or YNABesque perspective.

If you’re combining your accounts, you can do YNAB regardless — just set it up to collect data from the bank accounts and keep tracking your income/expenses. Of course, part of budgeting is agreeing that the money will be spent as planned, and being roughly on the same page about what happens if you overspend in any category.

Right! so we’ve had a lot of conversations about that over the last few months, and we’re pretty close to being on the same page, which is really nice/a huge relief.

Oh, that’s another thing! His car got hit twice on Saturday (thankfully no one was hurt, neither were his fault), and it’s totaled, so we’re also car shopping this week.

Well, that’s the debate. I have better credit, so we’re assuming I’d get a better interest rate. which means I’m probably buying it, and he’ll make the payments — which sounds like the start of all of those “my fiancé swindled me out of $50 grand” articles, but I’m not worried about it.

Hahahaha I’m not either.

I’d rather do that than spend more than we need to on interest.

On the subject of $50 grand, I wanted to ask you about the homeownership process! I’ve read articles suggesting that large gifts from parents can pose a problem for first-time homeowners, since the bank can’t prove they have the cash to pay the mortgage on their own. Did you have problems like that?

I did not have those problems, no. My dad had to sign some paperwork stating that the money was a gift, and of course the bank looked at my pay stubs and such, and I can clearly afford the mortgage (it’s $3 above what I was paying in rent, haha), so it was fine.

That’s good. And you’ll be living in that house after marriage, I presume?

Yes, this is hopefully the house for the next good chunk of time. it’s awesome, and in the neighborhood I love, and a hundred years old so it needs some love but it has enough space for us and all three dogs (#threedogsisalotofdogs), so it works.

Yay dogs! They’re the best. 🙂 They will be the ring bearer and flower girls in the wedding.

Oh yes, 100 percent serious. We’re going to have a friend walk them down the aisle to try and prevent them running off, but yes. The internet will sell us a puppy tuxedo shirt, and the girls will get flower collars, and it will be the greatest, most adorable thing you’ve ever seen.

I am sure. So how are you planning on paying for the wedding?

We have a spreadsheet. 🙂

I have been married before, and my parents paid for that wedding, so I didn’t feel comfortable asking them for money again. My fiancé’s parents might offer some assistance as a gift, but that’s TBD, so mostly, we’re paying for it ourselves.

My parents did buy my dress as a gift, which was lovely and unexpected.

Oh nice! That is lovely.

We’re hoping to keep the wedding costs around $8K total, plus a honeymoon.

How much money are you setting aside every month for the wedding? I’m assuming that’s how you’re doing it?

Yes, that’s the plan. I put $500 a month into savings, and when my fiancé moved in, we split the mortgage, so that’s another $400–$500 (we overpay on the mortgage every month) I can save, so aiming for $900–$1,000 per month, plus whatever my fiancé can save, which should put us more or less at the goal budget by the time March rolls around. 🙂

Which means, of course, we need no more car problems, no more emergency surgeries, no other random ridiculousness between now and then, but if those things happen (because of course they will), we both have savings we can tap into without taking from the wedding budget. Or, at least, that’s the plan.

So it’ll probably be another year of big changes for you, then? A wedding, combining finances, going up for tenure, and….???

Yes, definitely another big year of changes! I’m trying to remind myself to be flexible about it. I think that was the biggest lesson from the last year.  in rereading my old interview, I had all of these plans and ideas for how things were going to go, and they were good ideas (Roth IRA, more savings, that kind of stuff), but pretty much none of them happened because life, and excellent opportunities, happened instead. So the money I was going to put toward saving to go to Australia in 2020 went toward my hospital bills instead, that kind of thing.

My insurance company tells me I only paid less than 3 percent of the total medical bills, and it was still $4K.

WOW. And that’s with insurance.

And pretty decent insurance, too, or at least I think so?

Well, I hope the next year brings you fewer unexpected medical bills and more excellent opportunities.

Haha thank you! I hope so too! It was a good year, full of all kinds of unexpected things, they just also happened to be expensive things.

Last year, you advised Billfolders to go ahead and indulge in their low-cost vices (like grapes, in your case). Do you still stand by that advice — and do you have any new advice to offer?

Yes! I think of that when I eat grapes (which is pretty often) and it still makes me super happy.

Maybe I would extend that advice two-fold: one, have some savings because life is going to happen, and two, have stretch goals but don’t be afraid to adjust them as your priorities and opportunities change.

I like knowing that I’m still working toward those savings goals, even if it’s taking me a little bit longer to reach some of them. That Roth will happen eventually!

I’m sure it will. Plus, you already have like $90K saved for retirement!

I do! I checked that balance this morning too, and it’s just over $98K! That seems like a whole lot of money. It’s supposed to be $6K a month once I hit my projected retirement age, assuming everything stays the same, so hopefully I can live on that?

It seems reasonable enough! Though I think you’ve just proven that nothing stays the same forever.

I know, right? Change is the constant. Makes life interesting, at least.

One more update: Melissa heard about the merit pay increase, and will be receiving a 1 percent raise.

If you’ve done a Doing Money interview in the past and you’d like to do an update, email nicole@thebillfold.com.

1. We Did Good, Billfold
2. Question Wednesday
3. What I Learned From Five Years of Writing and Editing for The Billfold
4. How a Program Assistant Dealing With a New Paycheck System Does Money
5. Classic Billfold: What I Wanted From My Move to Portland and What I Got
doing money updatedoing-moneyinterviews