How the Wonka Kids Do Money: Veruca Salt 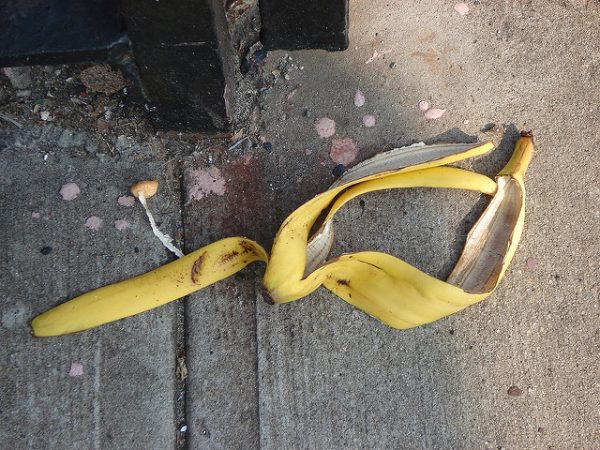 Veruca knew she was the one who got off easy. Yes, the moment the platform gave way beneath her was terrifying, and the stench of the garbage was overwhelming, and getting unexpectedly photographed by every major news organization with bits of food and who-knows-what clinging to her dress and hair was embarrassing, but she had made it out intact. Not like the others.

This is what Veruca thought about when there wasn’t anything else to think about (in the shower, on the walk back to the subway if her podcast wasn’t engaging enough, when she woke up in the middle of the night). Why had she been spared? When she was young she used to tell stories about her fall into the garbage chute, trying to get sympathy from camp bunkmates or cute boys. It was a horrific thing, what had happened to her. It changed her. But Veruca had always been secretly grateful that she hadn’t been changed in the way that Mike or Violet or Augustus had — and now that she was older, she had started to feel guilty about it.

She’d been prettier than Violet, better dressed than all of them, much more accustomed to speaking to adults as if they were peers. She’d been privileged before she found her Golden Ticket and remained privileged afterwards, and now that felt like the story she was supposed to tell — and Veruca knew that part of her privilege was that she didn’t have to tell her story if she didn’t want to. Nobody would know she was a Wonka kid by looking at her, and since that band took her name when she was in junior high, she’d switched to her middle name in college and spent her entire professional career as Elizabeth Salt. (A few years at her parents’ factory before becoming a management consultant who worked primarily with software companies, since Veruca could see the demise of the manufacturing industry before it happened — which meant that even Charlie had it worse than she did.)

So what was she supposed to do? She’d donated to Mike’s Patreon, bought the biggest item on Violet and Cornelia’s registry, asked Charlie if he’d like some free consulting hours. She spent one weekend every month reading stories — or, more often, playing video games — with kids at the local hospital, their bodies healing from or dealing with traumas that she’d never experienced because… why?

Was it just luck? Or was it because privileged rich girls always got it better? The humiliation she felt, when she walked out of the chocolate factory covered in garbage, seemed like the worst thing that had ever happened to her — and it still was. Veruca knew that men loved to humiliate people like her; when a man tells the story, the beautiful rich girl gets drunk and has sex with a nerd. (When a woman tells it, the girl gains weight and gets hit by a bus.) Was that Wonka’s deal? Had he left her body untouched because it was enough to soil her fur coat? Had he shamed her in that particular way because — to borrow another man’s story — he liked her pretty?

Sometimes Veruca wondered if Wonka had understood that the shame would stick after the garbage had been washed off. That she’d have to carry that moment with her for the rest of her life, just like the rest of them. Everyone got the punishment they deserved, and Veruca’s punishment was to know it.

She’d donate more money. She’d look for a new therapist. She’d start providing pro bono services to companies that were doing good work. She’d put a sticky note on her mirror: “Every time you think why me, ask what can I do to help?”

Maybe then she’d be able to sleep.

1. We Did Good, Billfold
2. Question Wednesday
3. What I Learned From Five Years of Writing and Editing for The Billfold
4. How a Program Assistant Dealing With a New Paycheck System Does Money
5. Classic Billfold: What I Wanted From My Move to Portland and What I Got
booksfanfictionfictionplease note that mike still loves tv violet still loves gum and cornelia and veruca is still self-absorbedthis one went a little darkyou did read Molly Ringwald's New Yorker essay right?