How the Wonka Kids Do Money: Violet Beauregarde 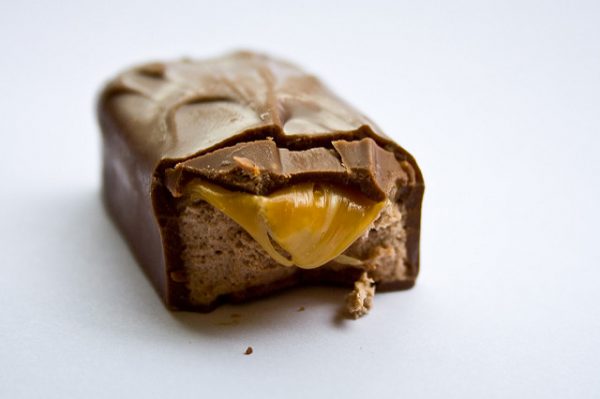 The thing was, she’d never been a chocolate person. Sure, she’d have a piece of cake on someone’s birthday, the obligatory Valentine’s Day truffle or hollow Easter bunny ear, but she never ordered chocolate ice cream when peppermint was on the menu. Or strawberry, with the little frozen bits of fruit that were so delicious to chew. Peach, if that were her only option. They didn’t make blueberry ice cream, which Violet found a relief. She wouldn’t have to have that conversation again, the person on the other side of the counter making the same old jokes.

Not that she didn’t get plenty of the same jokes, especially now that her son was old enough to be out of his stroller and eager to navigate the world: Yes, he’s mine. Ha ha, black, white, or purple. Yep, got both my eyes. In college it had come up again and again, always from white boys who thought they were being clever: “So, do you consider yourself a person of color?”

People — aside from her son and her partner — were intolerable. So Violet walked Igby to preschool and then went back home where she wouldn’t have to tolerate them.

She sold them chocolate instead.

A Wonka bar cost, at most, $1.99. Two for a buck, if the grocery store felt like having a sale. Violet sold hers on Amazon for $6.99 per case — sometimes $7.99, depending on what her app told her the market could bear. She’d pop a fresh chiclet of gum from its little plastic bubble and check to see how many sales she’d made in the past 24 hours. If she was running low on Scrumdiddlyumptious bars or Whipple-Scrumptious Fudgemallow Delights, she’d haul more boxes out of her basement to prep and ship to Amazon. She always saved a few boxes for after Igby got back from preschool. He liked to use the barcode scanner.

Violet wasn’t sure if Charlie knew that she was reselling her lifetime supply of chocolate. He hadn’t told her to stop. Violet and Cornelia had decided, when they agreed that Violet would be the stay-at-home parent and the small business owner, that she would only sell the chocolate that Charlie had already designated as part of her supply. They were allowed to ask for more, if they ate their way through the shipment that came every year via fourteen-foot truck. That was in the contract. The contract hadn’t said anything about asking for more if they sold it all, so Violet and Cornelia agreed that they wouldn’t.

Anyway, Violet still had plenty of chocolate from previous years stacked in the basement. And in her father’s basement. Someday she’d have to go through all of the old stuff and make sure none of it had expired, maybe do a full inventory of her current stock; she and Cornelia kept talking about setting aside a weekend, but they never had any free weekends, not with Igby and sports and grandparents and dentist appointments (no TMJ yet, thank goodness), and when they did have a free weekend they didn’t want to spend it moving chocolate boxes around. But they’d have to put it on the calendar soon, because at the rate Violet was selling, this year’s shipment would run out in the next three months. People loved chocolate, and they loved to imagine that they were getting a deal.

“You take after your old man,” her father liked to say. “Tell ’em it’s the lowest price they’ll get, and they’ll believe you.” He’d come by for dinner sometimes, helping Violet drain the spaghetti while Cornelia watched Igby watching YouTube. One night he brought them two bricks of ice cream — “I had to get them both, they were two for one” — and asked Igby whether he’d prefer butter pecan or triple chocolate.

“I don’t like chocolate,” Igby said, and Violet smiled. He was hers.

1. We Did Good, Billfold
2. Question Wednesday
3. What I Learned From Five Years of Writing and Editing for The Billfold
4. How a Program Assistant Dealing With a New Paycheck System Does Money
5. Classic Billfold: What I Wanted From My Move to Portland and What I Got
booksfanfictionfictionnote that Violet's father chooses one ice cream he likes and one ice cream he thinks women likeretail arbitrageViolet married her best friendyes this is the version where Violet's father sells used cars