I Am Ready for Amazon Whole Foods Delivery 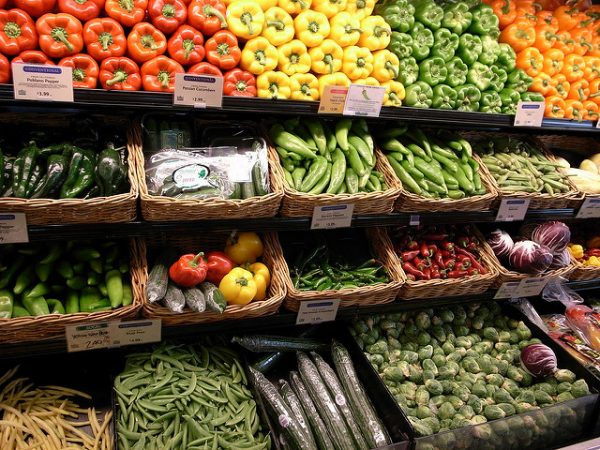 Last week, Amazon announced that it was rolling out free, two-hour grocery delivery to Prime Now customers. Everyone who has an Amazon Prime account is technically eligible for Amazon’s Prime Now delivery service, but Prime Now is only available in certain parts of the country (mostly major metropolitan areas) so this announcement essentially gives city-dwellers one more way to get stuff delivered to their home or office.

But Amazon grocery delivery feels different, somehow. The basic argument comes down to this: Amazon is going to eat food the way it ate bookstores. Everyone who already does most of their shopping via Amazon will start doing their grocery shopping through Amazon as well, and all the local grocery chains/bodegas/farmers’ markets will go out of business.

Except bookstores haven’t necessarily been eaten. Indie bookstore culture has stuck around, and so will farmers’ markets and bodegas — or at least I assume they will, from what I know about our desire for both community and convenience. (Yes, everyone might earn a little less money, but wage stagnation has been a thing for decades. We’re used to it!)

What Amazon grocery delivery might do, however, is accelerate the pace at which we’ll become accustomed to ordering groceries online. As you might remember from a previous post, 70 percent of shoppers are already expected to transition to online grocery shopping within the next 5–7 years. Amazon normalizing the grocery delivery process could speed up that transition.

Which means the real question on the table (pun intended) becomes: is this a bad thing?

Is it because Amazon Prime Now couriers are gig economy workers, unlike the employees who deliver my Hy-Vee Aisles Online purchases? Maybe.

Is it because Amazon grocery delivery will put more cars on the road? I have a hard time with that argument, since every car that delivers you groceries cancels out the car you might have taken to the grocery store, and if one car can make multiple grocery runs in a single trip, well… that’s a good thing? (Plus, Amazon’s working on building self-driving delivery vehicles, and every day that brings us closer to the mass adoption of shareable, self-driving cars is a GREAT DAY FOR ME and also, presumably, for the environment.)

Is it because grocery shopping is tied into domestic labor and homemaking, and the idea of outsourcing that work makes people uncomfortable? I’d buy that. It’s the same reason why people feel uncomfortable about hiring cleaning services — actually, many of the same reasons, once you factor the gig economy thing in there.

But what’s interesting is that this is the way households used to run. Families had cooks and housecleaners and delivery people, and households with more money had more of what you might call staff, but as far as I understand even lower-middle-class households were outsourcing some of the day-to-day domestic work. (I am not an historian, so please tell me if I’m making the wrong assumptions here.)

Then various types of technologies allowed us to begin taking on more of those responsibilities ourselves, and by “us” I mean “mostly women” but you already knew that, and then technology-combined-with-job-cuts progressed to the point where we were tasked with doing pretty much everything by ourselves (and for free), from booking our own travel to bagging our own groceries — and now every new app or service comes down to “what if we did that task for you?”

And I don’t have a problem with that, on the surface. There’s a labor-and-wages component that needs to be examined a little more closely, but — as mentioned above — we’ve been having issues with wages for a while now, so it’s a problem that needs to be resolved separately from the question of whether it’s okay to use Lyft instead of owning a car.

Or whether it’s okay to buy your groceries from Amazon.

Because I am ready for Amazon Whole Foods delivery and nearly everything it promises — fewer individual errands, more opportunities for meal planning, less wasted food due to fewer impulse purchases, self-driving cars — as long as it’s as beneficial to the people making the deliveries as it is to the people receiving them.

At least until Amazon replaces those people with robots, which is another of its promises.

Which might also be a good thing, because it’ll force us to finally deal with the post-robot employment issue.

1. We Did Good, Billfold
2. Question Wednesday
3. What I Learned From Five Years of Writing and Editing for The Billfold
4. How a Program Assistant Dealing With a New Paycheck System Does Money
5. Classic Billfold: What I Wanted From My Move to Portland and What I Got
amazonfoodgig-economygrocery-shoppingif amazon whole foods delivery indirectly leads to basic income I will be SO HAPPYwhole-foods