The Billfold
Letting Someone Else Take the Wheel

People Are Selling Their Cars and Using Lyft Instead 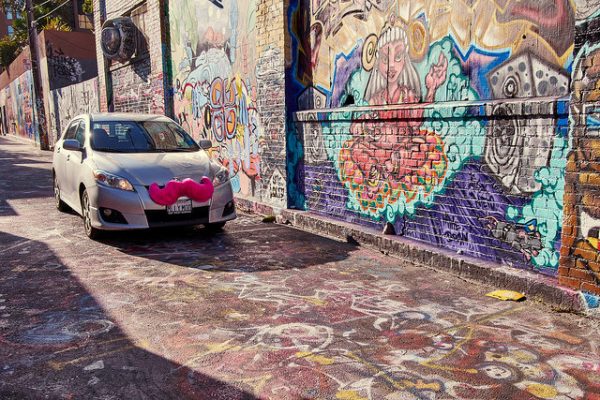 I still haven’t decided whether I’m going to buy a car, now that I’ve moved to Cedar Rapids. I haven’t needed one yet; between walking, public transportation, and Lyft, I’ve been able to get pretty much anywhere in the city.

(The real question is what I’ll do when I need to get outside of the city. My “rent a car for a single day” plan could potentially be an option, although I won’t really be able to make that decision until the weather gets warm enough that I can sign up for some driving lessons.)

But back to Lyft, because the whole “using Lyft instead of owning a car” thing is apparently a trend. As Slate reports:

The company also says it made major headway on one of its primary goals: reducing vehicle ownership. According to its report, 250,000 Lyft users abandoned vehicle ownership in favor of ride-sharing, and half of its users reported driving less frequently now.

Slate is referring to Lyft’s latest Economic Impact Report, which contains a lot of really interesting data: seniors are using Lyft to access medical services, people with disabilities are using Lyft to increase their mobility; Lyft passengers who elected to “Round Up and Donate” gave $3 million to various charities and causes.

Plus a good quarter million of us gave up car ownership, and I’d bet just as many people elected not to buy a car because they knew they could use Lyft instead.

I don’t have a problem with a world in which more people use Lyft for transportation than own cars. I do have a bit of an issue with a world in which a small number of people have to take on the full responsibility of car ownership in order to contract for a third-party car service. Cars are not cheap, after all, and we have plenty of first-person narratives to prove it.

But Lyft claims that driver earnings doubled in 2017: $3.6 billion before tips. They don’t provide any information on earnings per driver, though, and that would be a good way to determine whether Lyft is good for everybody, or just for the people who want to forego car ownership because they can ride in someone else’s.

1. We Did Good, Billfold
2. Question Wednesday
3. What I Learned From Five Years of Writing and Editing for The Billfold
4. How a Program Assistant Dealing With a New Paycheck System Does Money
5. Classic Billfold: What I Wanted From My Move to Portland and What I Got
carslyftthe-sharing-economy