Walmart Is Increasing Wages, Thanks to the Tax Bill 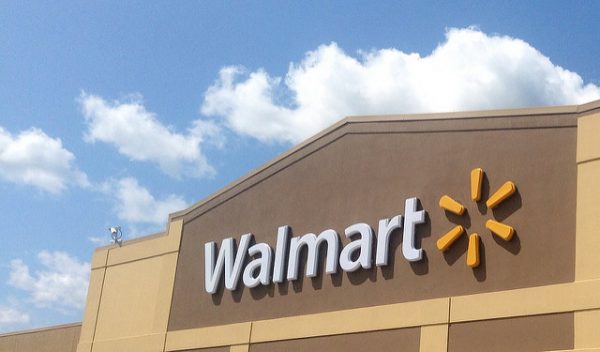 Earlier this week, we looked at the theory that, thanks to the new tax bill, corporations might start increasing wages.

As the NYT reports, at least one major corporation has already put that theory into practice.

Walmart, the nation’s largest private employer, said on Thursday that it would raise its starting wages, give bonuses to some employees and vastly expand maternity- and parental-leave benefits for its army of more than one million hourly workers.

The retailer said it would use some of the money it expects to save under the recently passed tax bill to pay for the raises and enhanced benefits.

The nation’s largest private employer, eh? Guess you learn something new every day.

Also, that starting hourly wage is getting increased from $9 to $11, and employees might receive “one-time cash bonuses of up $1,000,” depending on seniority.

Not to quote Malcolm Harris’s Kids These Days: Human Capital and the Making of Millennials again, but when you read his book (which I hope you do) he notes that “the poverty-level wage in 2013 was $11.45.”

Interestingly, the NYT writes about this pay increase as if it’s a good thing. It’ll help Walmart recruit more qualified candidates away from competitors like Target! It’ll help Walmart provide better customer service! Walmart understands that in this period of near-full employment, workers have a choice — and they want to present themselves as an employer worth choosing!

If these Walmart employees receive full-time hours (and there’s no guarantee that they will), they’ll earn $22,880 per year before taxes — slightly above the poverty level for a family of three, and slightly below it for a family of four.

1. We Did Good, Billfold
2. Question Wednesday
3. What I Learned From Five Years of Writing and Editing for The Billfold
4. How a Program Assistant Dealing With a New Paycheck System Does Money
5. Classic Billfold: What I Wanted From My Move to Portland and What I Got
a $2/hr increase is better than nothing but stillcorporationsjobswages