The Billfold
From a Shared Bedroom to a Studio

The Cost of Going From Roommates to Living on Your Own 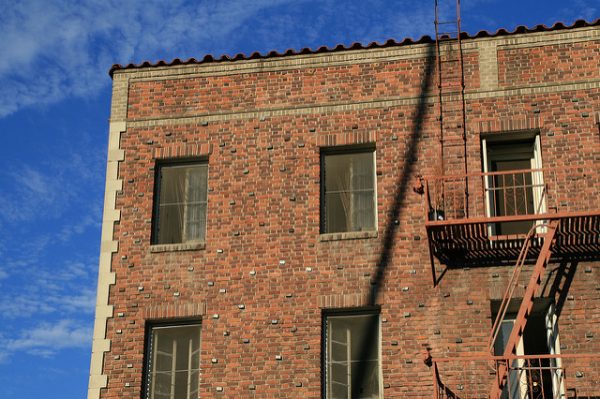 As I looked out over the balcony of my first apartment in LA, I felt a peace sweep over me. It was sunset on a fall day, one of my last days in a place that had become home. I knew it was time to move on, and the feeling was bittersweet.

My first two years in Los Angeles were full of high highs and low lows. My apartment represented both the good and the bad. The change of moving from a small Midwest town to one of the largest cities in the world. The uncertainty of a season of transition and the beauty of starting something new. The growth of becoming a woman who knows how to stand on her own two feet all while balancing a checkbook, filing taxes, and managing a monthly budget.

My apartment was my safe haven, even when it felt more stressful than comfortable. It had become home even in the midst of having numerous roommates come and go — eight roommates in two years, to be exact. Two roommates had gone off and gotten married. One moved across town to live closer to her boyfriend. One roommate got a job in Georgia. Another roommate was asked to leave. (That is a long story but can best be summed up by saying girlfriend had to go!) I was constantly adjusting to the changing faces in my apartment.

I never minded having roommates so much until moving to Los Angeles. (Correction: I never realized how much roommates can affect your life for the good or the bad before moving to LA.) No matter what part of town you live in, life in Los Angeles is not cheap. The side hustle is a necessary way of life, rather than a sign of an ambitious and entrepreneurial spirit — and so are roommates.

Living with three other women, although not ideal, is the norm here. I have heard stories of five or six guys sharing one apartment just to afford living in LA. To people who have never ventured west, this might sound ridiculous, but this is the way of life. In my two years in southern California, the names on my lease have rotated like a revolving door. I have remained the only constant roommate since the beginning.

While I could tell a number of horror stories about the struggle of living with roommates, I will simply say I have more than a gray hair or two after the last two years. My boundaries have been pressed a number of times, and there were many weekends when I decided to take a break from the apartment and stay with friends. I have learned to choose my battles carefully. I have learned when to speak up and when to let things go.

Although having roommates has helped me afford the transition of moving to my dream city, I am now making the venture to step out on my own. Living alone isn’t easy, but it’s worth it. In the words of one Los Angeleno friend who lives solo: “You pay for the peace of mind of living on your own, but the cost of that peace of mind stresses me out.”

One of the most obvious costs of living alone is the increased rent. When I lived with three other roommates, we split the rent and the bills four ways. Living alone means all those costs are on my shoulders. Money leaves my wallet as soon as it hits my bank account, faster than I can say 1-2-3.

In order to offset the costs of bills and rent — I’m paying $600 more to live in a studio than I was to share a two-bedroom with three other people — I have cut back on other monthly expenses like entertainment and eating out. I’ve grown more mindful of how much I spend on gas and the distance and time it will take to get to places and events. Living alone means being mindful of every monthly expense, and there’s no such thing as leaving a light on by mistake. I’ve also added a side hustle or two to offset the costs. (Hello, nannying!)

Even with the monthly budget cuts and the penny pinching here and there, living alone so far has proven to be worth the cost. One of the best things about living alone is having space to myself to do with as I please. For two years, I shared a bedroom smaller than my college dorm (which is not ideal when you are closer to 30 than 20). It felt like constantly walking on eggshells in my own space.

The peace of mind to come and go when I want, to play music or have complete silence, to know no one will be in my living room when I walk in the door, all of those things add up. They make those several hundred dollars in monthly expenses valuable to me. You can’t put a price tag on peace of mind.

When I look back on my first two years in LA, of crammed space and rooms filled with noisy, high-strung, chaotic 20-somethings who were just trying to figure it out, I want to look back with gratitude. Thankful for what the chapter meant: a time of transition, a time of growing in communication and relationships, a time to learn. I am so grateful for what it was, but I also am so ready for this new chapter, the time on my own.

The peace of mind, the sanctity of aloneness, and the sense of security I have living on my own often outweigh the added dollar signs. Whenever I feel stress about monthly budgets and added expenses, I remember that I want more than a place to live. I want a space of my own that feels like home, which makes the cost so worth it.

Stephanie Taylor, affectionately known as Stevie, is a two-year LA transplant who has lived in New York, Minnesota and Oklahoma. When she is not writing, you can likely find her in a yoga studio or training for a race.

1. We Did Good, Billfold
2. Question Wednesday
3. What I Learned From Five Years of Writing and Editing for The Billfold
4. How a Program Assistant Dealing With a New Paycheck System Does Money
5. Classic Billfold: What I Wanted From My Move to Portland and What I Got
homelos-angelesmovingmoving seriesrentingroommates