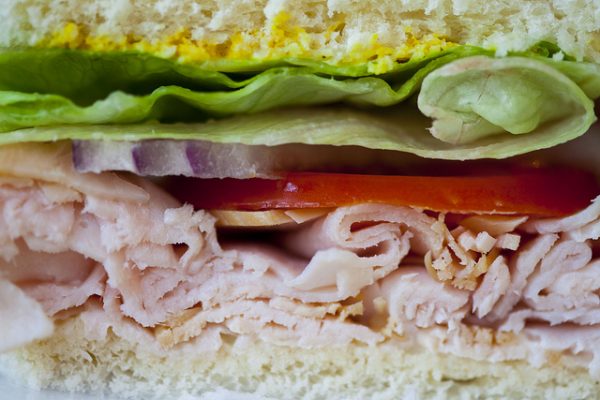 Here’s a hint: this store doesn’t take credit cards, either.

DID YOU GUESS AMAZON GO? I kept trying to do the whole “grocery store where you just walk in and take what you want and Amazon knows to charge it to your account” thing when they were test-driving Amazon Go in Seattle, but it was never open when I was downtown. (It had very limited hours.)

Now it’s officially launched, and here’s the report from Slate:

The Amazon Go store doesn’t accept food stamps, a customer service representative confirmed Monday morning. That’s a letdown you wouldn’t have seen mentioned in the giddy coverage of the opening, which has explained how the new store works, how Amazon has spent five years perfecting the technology, and how the company did extensive research on how people really hate standing in lines.

When I first saw this news, I wondered if it was because Amazon Go mostly sells prepared foods: box lunches you can carry away with you, cupcakes in their own little clamshells, and so on. But the food stamp rule only excludes hot prepared foods — remember that you can buy a rotisserie chicken if it’s in a refrigerator — and Amazon Go sells plenty of cold food.

Maybe Amazon considers Amazon Go to be more of a Pret a Manger-style grab-and-go restaurant than a grocery store. You can technically buy groceries at Amazon Go, but from what I’ve seen, they’re all office-friendly foodstuffs like boxes of rice crackers and microwavable soup. You don’t go to Amazon Go to get a bag of flour and a dozen eggs, right? (Or even a cake mix and a dozen eggs.)

Now that news sites are asking about the food stamp thing, it’ll be interesting to see if Amazon Go updates their app to include SNAP benefits. You’d have to load the benefits onto the Amazon Go app somehow, since there is no way to present your SNAP card at checkout. (There’s literally no checkout. You grab what you want and leave, and Amazon charges you later.)

But if I were in the predicting game, I’d predict that Amazon Go won’t change a thing.

1. We Did Good, Billfold
2. Question Wednesday
3. What I Learned From Five Years of Writing and Editing for The Billfold
4. How a Program Assistant Dealing With a New Paycheck System Does Money
5. Classic Billfold: What I Wanted From My Move to Portland and What I Got
amazonfoodfood-stampsgroceriesis this a grocery store or not