Dear Businesslady: How Do I Manage Being Micromanaged? 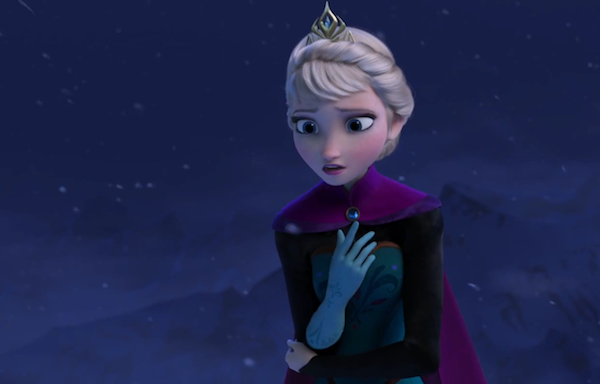 I was recently put under a boss with a bullying management style. He’s not overtly abusive, but very toxic and controlling.

I have often complained about our time-management system, whereby we are scheduled on different projects for 7 hours a day and then have an hour of discretionary time to work on what we want. Basically I have no control over my schedule; I just do what I’m assigned. I don’t think this empowers me, as a copywriter, to do my best work, nor does it make me excited to do it. Obviously I understand that we have deadlines but sometimes things will take longer than we estimated, or other things will come up that take hours out of the workday.

I’ve tried to communicate that this way of working does not allow for flexibility or control over my work, which due to its creative nature does not always fit into a slot of 1.5 hours or whatever. Not to mention that I’d like to be able to take a break now and then. Instead I get a lecture about what’s expected of salaried employees. I’ve been working for 25 years—I know what’s expected, and one of the reasons I kept working here is because of the life-work balance.

I’m going to start looking for a new job soon. But how can I communicate with him in the meantime? Every email he sends is so condescending and micromanaging, it totally demotivates me. I should also add that others have complained to HR about him and he is known across the company to be a terrible manager, but for some reason leadership loves him.

Wow, that time-management system sounds like the Actual Worst—as does your boss, so it’s no wonder that he’s a big proponent of it. I could devote this entire column to cosigning everything you said, ranting about how micromanagement is bad for business along with the folly of dictating employees’ workflow in such a granular way.

But while it might be fun for me to get indignant on your behalf—and validating for you to read—it wouldn’t solve anything. For the foreseeable future, your boss is going to keep on being who he is, and my job is to help you live with that.

If your boss is beloved by your company overlords, clearly something about his approach is effective, as baffling as that seems. I’m all for complaining about something that’s bugging you at work, but if your complaints are ignored or dismissed, then it’s time to re-evaluate your strategy. Since your grievances don’t involve any legal or ethical violations—just crimes against employee satisfaction and common sense—I think your energy could be better spent on reducing your overall level of agita.

Let’s start with your manager himself, surrounded by his toxic cloud of shitty emails. Ugh, I can feel my shoulders tense up as I imagine one hitting my inbox. Even in the best of jobs, you’ll still get messages like this, and they can derail your day if you’re not careful. Mainly because “SHUT UP, YOU ARE A JERK” is not a reply you can actually send, and yet you can’t think anything else in response.

To minimize the negative impact of such missives, triage the emails that demand (measured, appropriately professional) responses from the ones that don’t. After you’ve processed the relevant info from the latter group—with the accompanying eyerolls and heavy sighs that they inevitably elicit—don’t think about them ever again. Sure, there was a less-obnoxious way your boss could’ve put things, but unless you’re getting some enjoyment out of mentally critiquing his style, you’re wasting your effort. It’s like the difference between MST3K-ing your way through a terrible movie (lighthearted fun!) versus hate-watching an offensive film that’s making you angrier with every passing second. If something’s worsening your mood, do yourself a favor and shut it off.

Of course, you can’t always read/absorb/ignore—sometimes you have to reply. Politely. A friend of mine had the genius idea of keeping a mini hourglass on his desk for such scenarios, turning it over when he gets a rage-inducing email and waiting until it’s run out before he starts typing. Other options include taking a lap around the office, going to get a drink of water, or anything else that refocuses your attention while your blood pressure returns to normal. Even if the email is urgent, you can afford to burn a couple minutes of turnaround time—especially if the alternative is letting some snark slip through.

Because look, I get it. I know that it’s tempting to infuse your ostensibly straightforward work emails with subtle critiques, titrating the maximum amount of snottiness that can hide behind a veil of plausible deniability. It’s just a terrible use of your time. At best, your sneak attack will go entirely unnoticed, which won’t be all that satisfying. At worst, it’ll further sour your already strained manager/report dynamic, possibly even landing you in trouble if you’ve misjudged what you can get away with. It’s both easier and wiser to stick to just the facts, ma’am, and draft the shortest and simplest message possible.

The big-picture goal here is to retrain your response to these emails, because that’s a more attainable goal than transforming your boss. Once you’re adequately prepared for the possibility that every message you receive is going to be actively terrible, maybe some won’t seem quite so bad. Even if that doesn’t happen—some bad managers are impressively consistent in their crappiness—you can at least prevent your emotional reaction from torpedoing your motivation.

Now, about that absurd work-management system. We’ve established that your company’s leadership team thinks it’s great and that you’ve failed to convince them otherwise, so let’s figure out how to prevent it from grinding you down.

Reading your letter, my first thought was: is it actually necessary for you to spend specific segments of your day on certain projects? For example, let’s say you’re slated to work on the Pembleton account from 9 a.m. to 10 a.m., but you end up tackling it from 11 a.m. to 12 p.m. instead. Does that matter? Will anyone notice or care? Could you try it and see?

You could even track your hours-by-project in your own personal spreadsheet, as backup in case your time management is called into question. I know, that’s a whole other step, and it sounds like a huge pain, but—speaking as someone who does something similar, also out of necessity—it doesn’t take that long, and it’s incredibly useful if you need to account for yourself during the workday. While you’ll still be beholden to your manager’s dictates about how much time each task should get, you’ll at least recover some autonomy.

Then again, your boss isn’t super into autonomy when it comes to his staff. So if you’ve already ruled out my loophole suggestion, just treat this like another Thing You Cannot Change about your office and resign yourself to accepting it. You’re supposed to switch projects at 10:45? Okay, done! Is the first project finished to your satisfaction? Nope! Is that your problem? Fortunately, no! Because you are not a manager. No one’s been receptive to your feedback about this system’s flaws, but maybe they’ll change their minds once they’re forced to deal with its consequences. If you start getting grief about your productivity, stay poker-faced and explain that you’re doing the best you can within significant constraints.

Speaking of which—although I feel you on “writing doesn’t always come easily,” I would avoid that argument in future conversations about your workflow. While it’s absolutely true that writers need to navigate around their own creative blocks, there are going to be times when your job requires you to draft SOMEthing, anything, by 3 p.m. or else. You don’t want to imply that you can’t produce prose on a tight turnaround—especially not when your boss is already prone to nitpicking.

As long as you’re going to be operating under these strict dictates about how to structure your day, my advice is to try to let it work for you. I know I sometimes have trouble predicting how long a given project will take (I’m, uh, assuming I’m not alone in this?), and it might be helpful to know that my manager didn’t want me spending more than an hour on it, or that I shouldn’t keep tinkering past a certain time. Most writers I know are driven by deadlines, and from that perspective, perhaps your manager’s rigidity is a gift: a little bouquet of mandates that force you to keep moving. The quality of your writing might suffer, but so what? If the higher-ups are happy, that’s the only standard that really matters. Give yourself license to let it go.

If you manage to increase your tolerance level for the annoying things about your job, a few things will happen. You’ll probably be happier, for starters—which might lead to a less contentious relationship with your boss—and you’ll put some distance between yourself and your last complaint. Inevitably something will come up that requires you to push back or flag a problem, and it’s more likely you’ll be listened to if you’re generally on good terms with leadership.

It also sounds like your time in this particular position has just about run its course, so I think you’re smart to begin planning your exit strategy. As you job-search, consider all the things that have been frustrating about your current gig, and find yourself a role where you’re finally empowered to your best work.

Here’s to happy, relaxing holidays and some hopefulness for 2018.

Courtney C.W. Guerra has been writing Dear Businesslady since 2014 and is the author of the career guide Is This Working? Keep in touch via Twitter, Facebook, her TinyLetter, or her website. Need advice? Email dearbusinesslady@gmail.com.

Read the Dear Businesslady archives on The Billfold and The Toast.

1. We Did Good, Billfold
2. Question Wednesday
3. What I Learned From Five Years of Writing and Editing for The Billfold
4. How a Program Assistant Dealing With a New Paycheck System Does Money
5. Classic Billfold: What I Wanted From My Move to Portland and What I Got
advicebossescommunicationdear-businessladylet it gomanagersproductivitytime-managementwriting